Flight, the new gourmet café in downtown Jozi from the team behind The Whippet 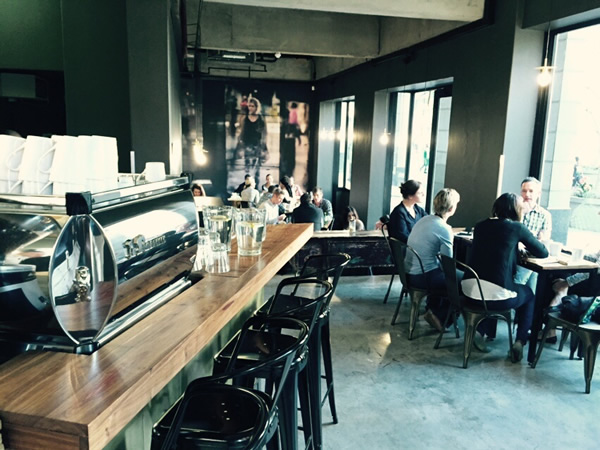 Trends are fast being set on the western side of the city, with a flurry of new spots opening in recent years. Now, a brother to The Whippet in Linden has landed in town: a gourmet takeaway spot called Flight.

The menu is designed by The Whippet’s chef and Flight’s owners Divan Botha and Braam Heiberg. Newly opened, it’s already gathering food and coffee fans, showing, as the owners hoped, that on-the-go food can be fantastic. “We’re also reintroducing people to South African things that have previously been treated in a kitsch way – they can have our outstanding koeksisters and biltong, yes, we have a flatbread with nicely shaved biltong and rocket. And we include nuts and micro herbs in our fresh salads and sandwiches.” 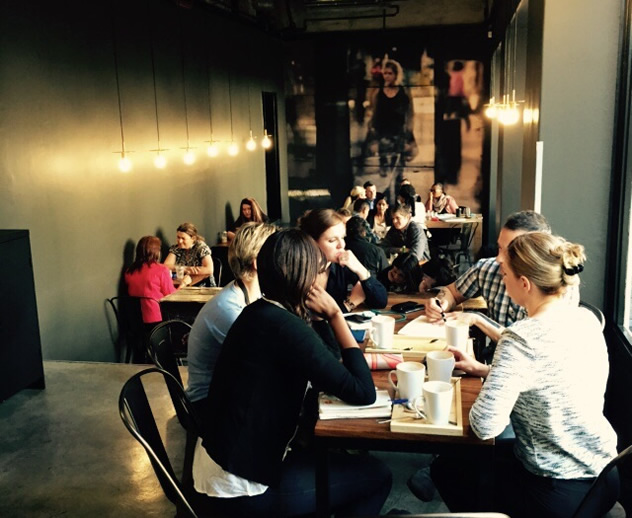 The interior at Flight. Photo courtesy of the restaurant.

Nope, the place does not look anything like The Whippet, which was designed to nestle into a suburban community and then inspire the community. Flight has been designed to be part of an on-the-go urban environment and also to be inspirational. Situated on the corner of Simmonds and Jeppe in Marshalltown, it makes sense that Flight is industrial in furnishing, contrasted with real, luxurious chandeliers. No dinky perspex cut-outs. In effect, it’s an instant surprise, a welcome of delicious aromas and Wi-Fi friendliness. So folks are flying in and taking out, but many settle in for exciting breakfasts, coffees and lunches.

Coffee is a proud excellence, an own blend again, not the same as The Whippet’s but aromatic, and the baristas are star graduates of the company’s barista training academy. “We don’t ever like to be snooty, but it is in a class of its own”, says Divan. 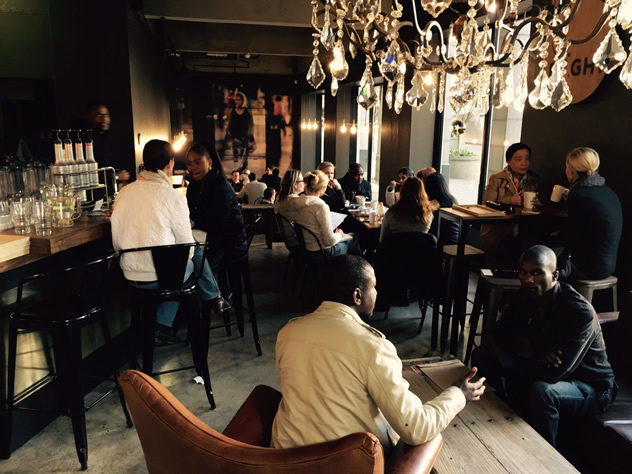 Another view of the interior at Flight. Photo courtesy of the restaurant.

All pastries are made on the premises except the buttery croissants, which are made by the home industry person who started out with The Whippet. Another such person makes the well-loved milk tart, also featured on the menu here. But then Flight’s path diverges.

A city breakfast to give you the best kick-start would be a three-egg omelette folded around wild mushrooms with cheddar, crispy bacon and Flight chilli jam on a purpose-baked English muffin, plated or eco-packaged. And the coffee.

Lunch: Wanna Banting burger made of a baby marrow cake, topped with a handmade beef patty and mozzarella, cherry tomatoes and lots of avo? 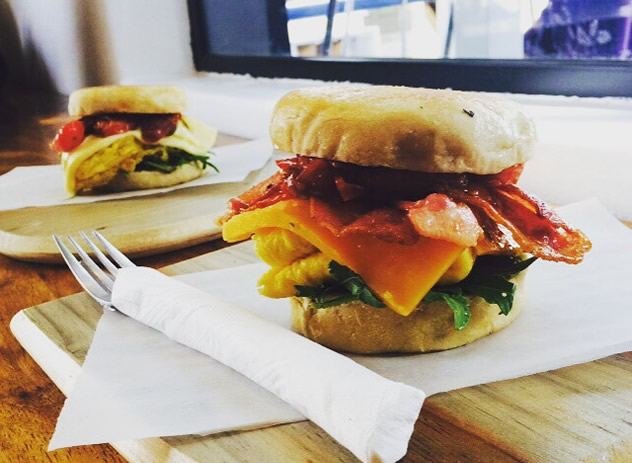 A banting burger at Flight. Photo courtesy of the restaurant.