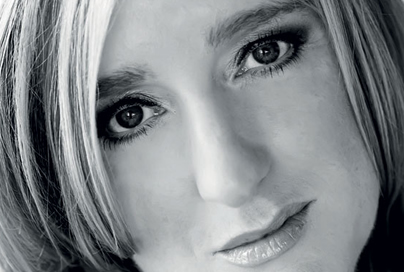 To be honest, I’ve always been a little bit intimidated by Anna Trapido, ever since the judging process of the 2008 Eat In Produce Awards. Assigned as the events scribe, I’d done a bit of homework on Anna before the event, and found out that not only is she an accomplished chef and food writer, but also boasts a PhD in occupational health and medical anthropology. A super-splice of Foodie-Intellectual, one might say. At this stage, she was also busy completing the award-winning Hunger for Freedom – The Story of Food in the Life of Nelson Mandela. As I said, intimidating.

During the course of that judging day Anna, along with the rest of the panel, was given the task of tasting her way through a pantry’s worth of jams, breads and spreads. From her series of unwavering, enviably eloquent responses I was able to gauge that a) she is a font of knowledge – culinary and otherwise – able to separate the proverbial wheat from the chaff with a single bite; b) has a wicked sense of humour; and c) has a penchant for the adjective “jolly”. All characteristics – bar the last one, of course – that I’m sure will come in quite handy when she takes her place as one of this years Eat Out Awards judges.

Chatting to Anna recently about her new role, shes as erudite as ever, and during the course of our conversation I find out that her academic background was actually the catalyst that launched her into a career of professional foodiedom.

“After obtaining a degree in anthropology, I worked on a community health project in the rural Eastern Cape,” she explains. “I was very young, and even though I was doing the project quite competently, I was emotionally out of my depth, working with sick people and watching some of them die. One of the ways I used to cope was to cook food for everybody.”

“I think mine was the only public health project in the Transkei where everybody got a fabulous lunch,” Anna continues with a chuckle. “I used to get up at dawn to make bread and stew, and I was always schlepping into Umtata to get exactly the right kind of amasi.”

It soon transpired that medical statistics weren’t nearly as fulfilling to Anna as cooking was. “I realised what I liked most was cooking, so I decided to retrain myself and went to the Prue Leith College of Food and Wine”

The transition from fieldwork to food wasn’t completely devoid of wistfulness, though, as Anna readily admits. “I would be in a pastry kitchen in the middle of the night, piping bow ties onto gingerbread men and thinking, ‘Nobody cares that I have a PhD in occupational medicine,’” she says, not without a hint of self-deprecating humour. “Whats nice, however, is that in the last five years or so, I’ve found ways of combining my loves of food and anthropology.”

“Food really does it for me on every level,” she goes on. “I like fine dining restaurants and I like township tshisanyamas, but mainly what I like is to know about the people who make the food and the relationship they have with the people they serve it to.”

When asked whether she thinks her anthropological insights will stand her in good stead as an Eat Out judge, she answers, “Its helped me look at restaurants in a different way, because I want to find out why chefs are doing what they’re doing. Just to stop at ‘I like it, I don’t like it’, is irrelevant unless I’m only writing for myself. I think its extremely important to give chefs the respect that their creative endeavour deserves.”

Her inclusion in this years judging panel is very flattering, admits Anna, but something she takes very seriously. “We have a huge responsibility towards diners, especially with the fine-dining restaurants eligible for the Top 10,” she says. “None of them are cheap and are almost invariably reserved for special occasions, so we need to offer people educated, thoughtful, helpful advice on where to spend their special-treat money.”

As our conversation draws to a close, I ask Anna what she looks out for when judging a restaurant. “It bothers me when I cant get a sense of who the chef is from the plate; even if the food is highly skilled,” she answers. “I much prefer chefs who are very brave, almost standing up naked and saying, ‘This is who I am’. When they’re able to show this on a plate, that’s when I think skill turns into real art. Its not just technique; its about culinary art.”