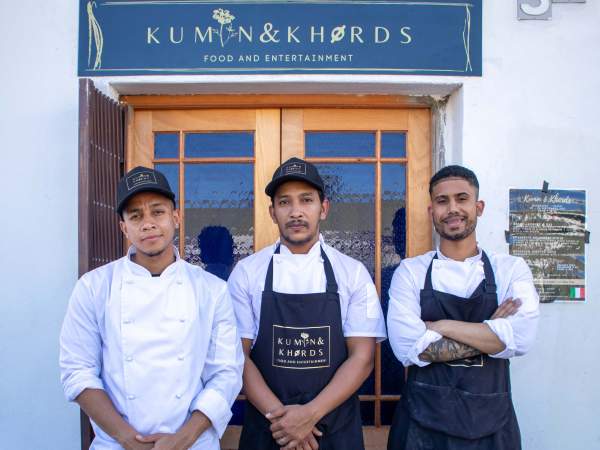 Brought to you by McCain Foodservice Solutions

Kumin & Khords allows Tyron Kyle Adams to combine his passion for food and music. Based in Wellington, he and his team have been offering at-home catering and takeaways since May this year. Whether it’s pasta and burgers, spit braais, or restaurant-quality fine-dining cuisine, his team is flexible and confident, and their range of skills translates well to Kumin & Khords.

Tyron studied hospitality and food and wine before working as a breakfast chef in a hotel and working his way up to becoming a junior sous chef. Sadly, he was retrenched at the beginning of the pandemic. He then landed a job as a head chef at a wine farm, but still struggled financially. At a point, he says, he even considered leaving the industry entirely, but his love for cooking continued to keep him going and so, instead, Kumin & Khords was born.

“‘Kumin’ is my favourite spice, so I decided to go with it as a means of describing the food and hospitality within our business whereas ‘Khords’ speaks to the entertainment and, more specifically, the music side of our business. Cumin and chords are both usually spelled with C, but in the case of my business, I spelled it with a K in reference to the first letter of my first-born child’s name (Kian) who unknowingly played a big role as a motivator to start this business,” Tyron explains.

“The reason we started this company,” Tyron reveals, “was to target staff canteens at factories, which have continued to operate since the first hard-level lockdown – the essential workers.”

He’s joined by Chef Ishmian Samuels, whom he mentored at the start of his career. Chef Ishmian also faced difficulties during the pandemic and was forced to move from Babel at Babylonstoren to working in the butchery at Babylonstoren, before joining the team at Kumin & Khords.

Their third team member is Lindley Hendricks, Tyron’s cousin. Lindley doesn’t have any restaurant background and is a cricket player, but he primarily has the role of marketing for Kumin & Khords – although it seems he is multitalented. “Lindley has grown immensely as a cook, to the point where I was surprised when I tasted his risotto!” Tyron says.

Despite his background working in restaurants, Tyron says he is most inspired by home cooking. “I always tell students and other chefs that you learn theory in class. You learn to cook when you start working in the industry. But you learn creativity cooking at home. At home, you learn to work with what you have. I am inspired by working with simple products and trying to elevate them.”

This philosophy is what led to their winning dish in the McCain Dishruption Challenge. 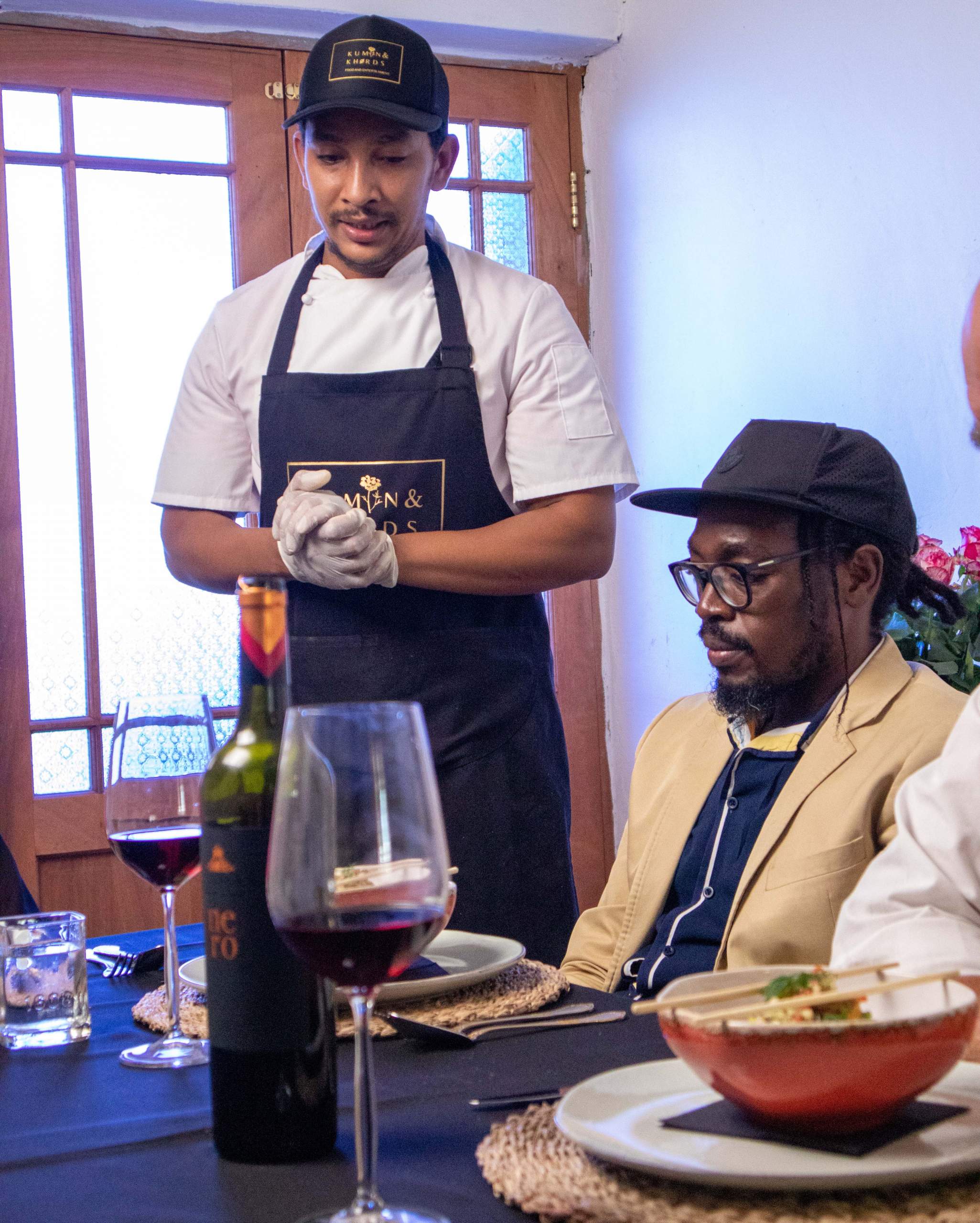 As part of their competition entry, Kumin & Khords ran a McCain-inspired menu for a week and entered three dishes into the Dishruption Challenge. But it was their sweet and sour McCain stir-fry made with pulled pork and topped with a pickled ginger, apple and fennel salsa that won the day. “The flavour combination was born from leftover stock,” he explains. “This speaks to what we are trying to achieve as an establishment, trying to offer something different by elevating simple products.”

And how will the prize allow them to achieve this vision? “We are planning to invest 90% of our cash prize into buying equipment, which in return will allow us to push more sales and assist us with doing bigger functions,” Tyron reveals. “This will also help us with providing jobs to other chefs in our community. The other 10% will be used as capital to help start our social impact programme.”

Read more about the Dishruption challenge and winners here.