New restaurants to put on your eating out bucket list

It seems new restaurants are popping up left, right and centre these days, so we’ve created this handy list of new restaurants around South Africa. We’ll be updating it regularly, so check back whenever you feel like exploring a new spot in your neighbourhood!

Burgers, sides and wine are reason enough to stop by this new Sea Point eatery. Try their classic burger, made with a beef patty on a fresh potato bun with truffle mayo, aged cheddar and pickled onions, or opt for their chicken burger with feta, tomato relish, pickles and lettuce. Not too keen on meat? They’ve got vegan burger alternatives available too. Only Fools Bar is open 7 days a week.

This Tamboerskloof eatery has your back for breakfast, lunch and dinner. Run by three families from different countries, this cafe is a hub for people to come together from far and wide, enjoy a fresh bite to eat and discover a favourite on the menu. WE Café is open from 9am to 8pm from Tuesday to Saturday and from 9am to 4pm on Sundays.

Passionate about good food and taking care of the environment, Andrew Flanagan introduced us to The Poké Co. With branches in Loop Street, Kloof Street, Claremont and Sea Point, a fifth branch opens its doors in the picturesque town of Stellenbosch. Stop by for your pick of their signature poke bowls or build your own! They’re open from 8am to 8.30pm from Monday to Friday and from 9am to 8.30pm on Saturdays and Sundays.

Yori Oki is the latest edition to Eat Street at the Ballito Lifestyle Centre. Yori Oki offers traditional and signature sushi, along with an extensive main menu focused on the food of Japan, including Dim Sum, Ramen, Mamezara (small dishes) and Robatayaki (flame-grilled skewers on special Bincho-tan coals). Japanese fusion cuisine at its finest. A small space with an intimate ambience, seating only 60 people. You can expect an extensive range of Japanese liquor and whiskies. Do leave some room for their selection of desserts especially the ‘Yo Muso’ (layers of Oreo crumble, Nutella mousse and ice cream). Open daily from 11am.

The Black Rabbit is the brainchild of restaurateur, Chris Black. Expect fluffy soufflés and oozy croque monsieurs. Snack on Parmesan churros, whipped ricotta or marinated olives. Mains are where the wood ovens come alive with options such as wood-roasted hake with lemon butter or poached kingklip. Their wood-fired pizzas take you from Mozambique to the Mediterranean. Open daily from 11.30am to 9.30pm.

Run by the Grimaldi’s team, this eccentric café offers both traditional and creative breakfasts, as well as an assortment of lunch options. They include Hawaiian poke bowls, pasta, pizzas and much more. Surrounded by the golf course and the ocean in the distance, the views are sure to be magnificent. In addition to a jam-packed menu, the café’s incredibly cool interiors are undoubtedly one of the top reasons to visit. Open Monday to Sunday from 6am to 4pm.

Conchilla is an upmarket, trendy and stylish new tapas and lounge bar situated upstairs from the popular Concha Café on the North Coast. Their menu includes a variety of tapas-style meals, sushi and desserts. Although the menu is short and sweet, the Zen-inspired flavours are perfectly aligned with their exotic drinks and cocktail menu. They have DJs after 8pm as well as a dance floor. Open Wednesday to Sunday from 1pm to 1am (no under 24s after 5pm).

Chef Marco Cardoso – previously from Thali and Chefs Warehouse – has set up his own place in a former stable in Stellenbosch centre. The small-plate menu setup allows diners to get a good sample of a range of global flavours, from risottos to tataki. De Eetkamer is open Tuesdays to Saturdays for lunch (12–3pm) and dinner (5:30–9pm). Closed Sundays and Mondays.

For delectable desserts, head to this Asian-inspired dessert café in De Waterkant, Cape Town. The café pays homage to owner Christine Hu’s childhood in China. Must-try desserts include the Japanese cheesecake and colourful Korean macarons – but be warned: come early because Café Chiffon’s cakes and desserts fly out the door! Café Chiffon is open from 7:30am to 5:30pm on Mondays to Fridays, and from 8am to 4pm on Saturdays. Closed on Sundays. 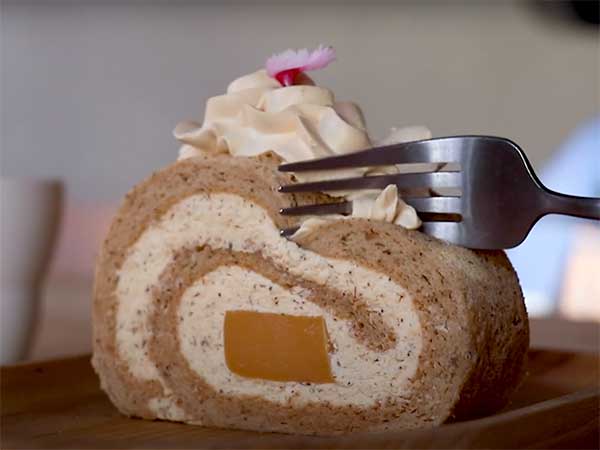 As the name suggests, Permeloen specialises in serving the South African delicacy. It’s set on the water’s edge in the Old Harbour, which was the first abalone hatchery in Hermanus. Don’t worry if permeloen isn’t to your taste, as they serve a range of dishes featuring other freshly caught fish. Although if you are on the fence when it comes to permeloen, this is the place to try it! Perlemoen is open 9:30am to 4pm, Tuesdays to Sundays. Closed on Mondays.

After a successful pop-up in Bree Street in Cape Town last year, Farro has found a permanent home at Gabriëlskloof in Bot River. Now you can enjoy their well-known dishes, such as the ever-popular duck liver parfait, while sipping on a glass of Gabriëlskloof’s finest wine. Farro is open for breakfast and lunch from 9am to 5pm every day. 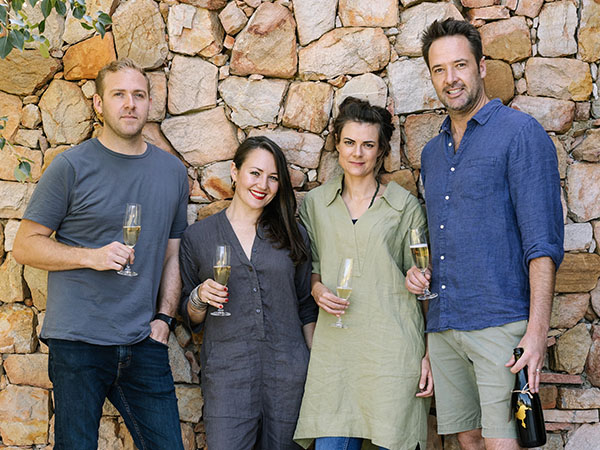 An “izakhaya” is a Japanese food bar and “KōL” refers to coal, which gives you a pretty good idea of what to expect at this new spot in Hyde Park. The star of the show is robata grill, a traditional Japanese method of cooking over coals, so you can expect to find an array of grilled dishes from meat to fish and even vegetables. They also serve sushi. KōL Izakhaya is open Tuesdays to Sundays from 11am to 10pm. Closed on Mondays. 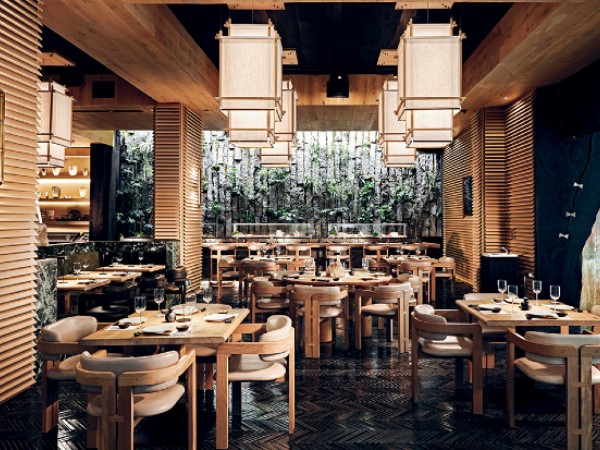 Chef Nanda Cardoso, previously the head chef at Chefs Warehouse in Bree Street, has headed out to the beautiful Winelands. At this elegant spot, situated at the La Bourgogne Wine Estate, the interiors are every bit as enticing as the food. Select a variety of small plates, from ceviche to spätzle, or go for the three-course menu option. Deux Lions is open from 11am to 5pm on Sundays and Tuesdays to Thursdays. On Fridays and Saturdays, they’re open until 7:30pm. Closed on Mondays.

Expect modern takes on traditional Greek Cypriot dishes at this happening new spot in Cape Town’s CBD. Chef Nic Charalambous was influenced by the culture in which he grew up and many of the seasonal dishes on offer are inspired by his grandmother’s home cooking, so you’ll be transported straight to the sunny Mediterranean. Ouzeri is open for lunch (12–3pm) on Wednesdays to Saturdays, and dinner (6:9:30pm) on Tuesdays to Saturdays. Closed on Sundays and Mondays.

Vergelegen Wine Estate is becoming popular for their seasonal pop-up restaurants, from their hot dog pop-up in a cow field to the more romantic River Café. Café Fleur, which is in the newly revamped building that was previously the home of Camphors, is the latest in their pop-up series. Guests can look forward to French-style dining including classics such as French onion soup, duck a l’orange and crème caramel. Café Fleur is open for lunch on Wednesdays to Sundays (12–5pm) and dinner on Fridays and Saturdays (6–11pm) until further notice. 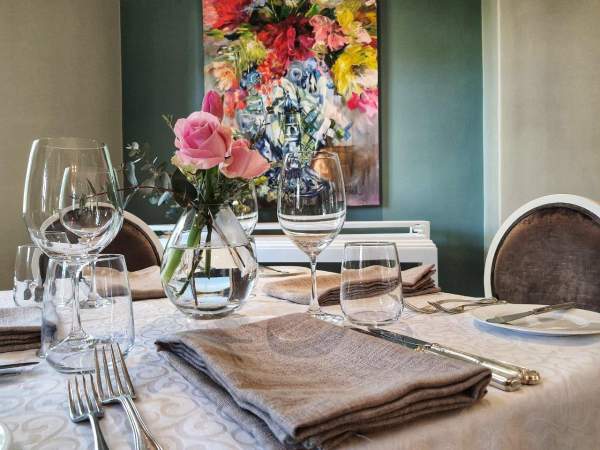