How to order a steak when you’re eating out

Ordering a steak in a restaurant can be a rather intimidating experience, especially if it’s not something that you eat often. Though you may think your waiter or fellow diners are judging you, often it’s not the case, and being all clued up about your options will make the whole experience a breeze. 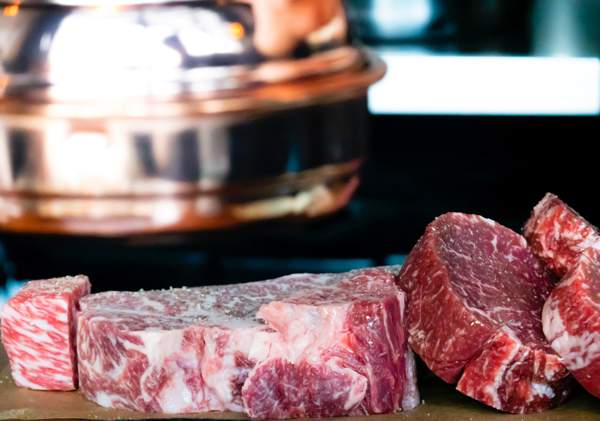 This comes from the large cut of beef – called the beef tenderloin – before it’s sliced into steak. The French name, ‘fillet mignon’ is given to the steaks once cut up. The texture is soft and melt-in-your-mouth, but the cut usually has very little flavour.

This cut has a good amount of marbling (the intramuscular fat), resulting in a steak that’s wonderfully tender. It’s a cut that’s gained popularity in the last few years because it really delivers on flavour while being a bit cheaper than more expensive cuts. It comes from the shoulder of the animal (also called the chuck). 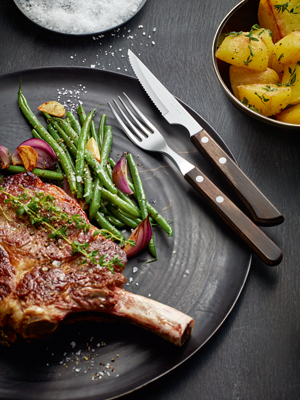 This is a cut from the rib section of the animal. It’s hugely popular as it has a rich, juicy flavour with a decent amount of marbling.

This steak comes from the back of the animal, which is the part that works physically hard (when it walks or runs). It’s juicy and full of flavour, but can also be chewier in texture.

This comes from the back of the animal, behind its ribs but ahead of the rump area. The steaks have less fat content than a rib-eye and the meat tends to be slightly denser.

The T-bone and porterhouse are cut from the short loin. Both have a T-shaped bone with meat on each side. The steak is usually thick and is often seen as having the best of both worlds when it comes to flavour, as it has a portion of the fillet and a portion of strip loin. 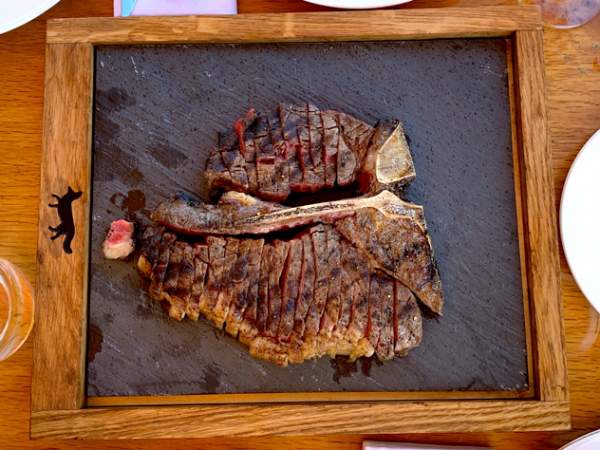 Know how you want it cooked

Remember that you’re eating the steak, so order it the way you enjoy it, not how anyone else thinks you should be eating it.

Bleu in French cooking means cold, and steak cooked to this level of doneness is hardly cooked at all, since it requires very little heat. In fact, the steak’s internal temperature should be less than 29ºC. The outside is seared lightly, but the inside remains uncooked. 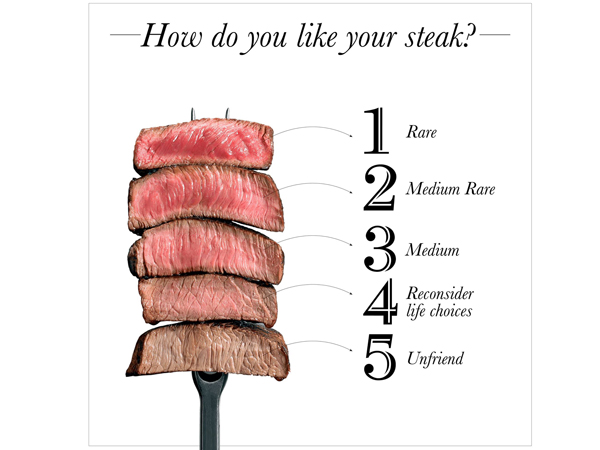 We put this up on our Facebook to find out what your favourite way is to eat steak.

“Lightly stunned and still breathing,” said Dominique Ohrablo, while Chantel Smith-Porelli’s father has a very specific order: “When going to a restaurant with my dad and they ask him how he would like his steak done, his answer is, ‘Just wipe the [behind] and chop off the tail, thanks!'”

The interior of a medium-rare steak will be mostly pink, with just a tiny bit of red in the centre. It’s a popular order, with many considering it the pinnacle of flavour and texture. 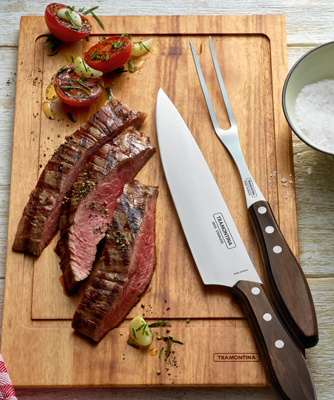 A medium steak no longer contains a red centre, but is pink throughout most of the steak.

As the name suggests, well-done steak is cooked all the way through, with no pink whatsoever and no juices when cut.

“I’m a human not an animal so I choose well done,” said Mbhikishi Tuzah Nkambule. “[Any rarer] is for cavemen.”

If in doubt, ask your experienced waiter. They can help with any questions regarding the cut of meat.

After you’ve forked out some good money for your steak, some would argue that dowsing it with sauce is sacrilegious – but that’s not always the case. Just make sure that the sauce in question is made from scratch and with quality ingredients.

Find SA’s best steakhouses here then let us know what your steak order is in the comments below!

Brought to you by Tramontina 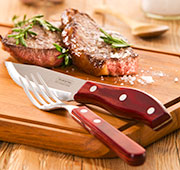 Tramontina’s Churrasco range is made with high-quality treated stainless steel and Polywood – a shock- and heat-resistant wood that is dishwasher safe. The knives are long-lasting and feature a five-year warranty against manufacturer defects.

The Churrasco range also includes grills, tongs, serving dishes and carts to make your braai experience as effortless as possible.