Ochre is the latest restaurant to join the One&Only stable, offering a contemporary interpretation of age-old South African recipes to create uniquely reimagined dishes and flavours. 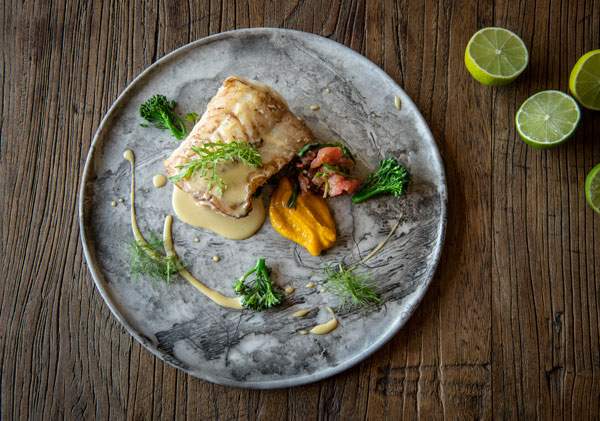 Resort executive chef Chris Mare has created a unique menu inspired by local cuisine, adding his own interpretation to favourites such as bobotie and West Coast Mussels. For local diners this means a nuance of tuisgemaakde nostalgia; and for visitors an exploration of South Africa on a plate. 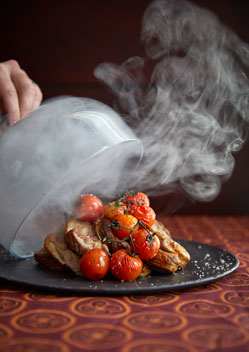 Mains include a pulled lamb bobotie with shortcrust pastry, sweet-potato-and-banana purée, brandied raisins and apricot chutney; ‘Pens en Pootjies’ braised pork belly, trotter skilpadjies, morogo, pampoen poffertjies and Malay curry sauce; or diners can choose to share one of the house specialities such as a 1kg lamb saddle or beef rib-eye. Desserts are decadent works of art, and the in-house pastry team has outdone itself with sensations such as Forest Flora Peppermint Crisp. 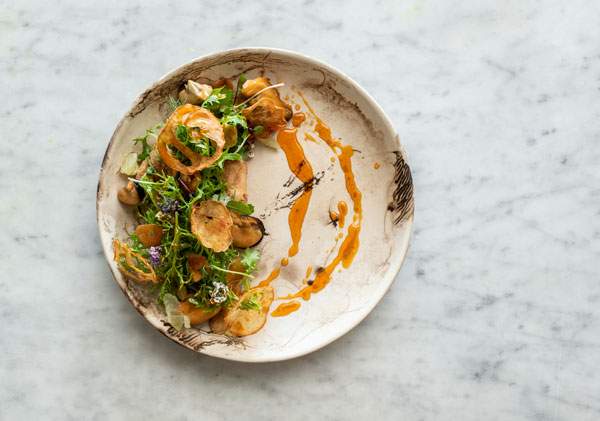 Noteworthy is the impressive wine list – curated by award-winning head sommelier Luvo Ntezo – containing unique and rare finds, as well as well-known labels. Diners have the opportunity to engage with one of the resort sommeliers, who is able to assist them in navigating the choices available, and sharing wine insights and stories. 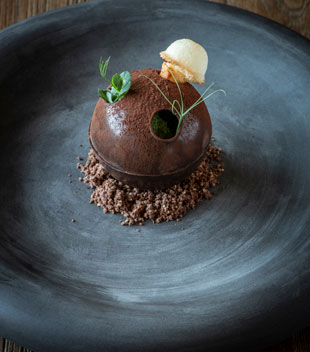 This vibrant new addition to Cape Town’s dining scene is set in an iconic and central location, and its space allows for group bookings, special occasions, business meetings and intimate dinners.

Ochre is situated below a 15-metre long series of printed panels, Berni Searle’s ‘Offering’ artwork. The piece draws on the particularities of Searle’s Cape Malay heritage; the rituals and traditions that persist through generations.

It’s these rich, earthy colours and their stories that inspired the creative direction of Ochre – whose name is known to describe the family of pigments used to depict tales and celebrations since pre-history, as well as the rich colours of Cape Malay spices like turmeric, cinnamon and paprika. 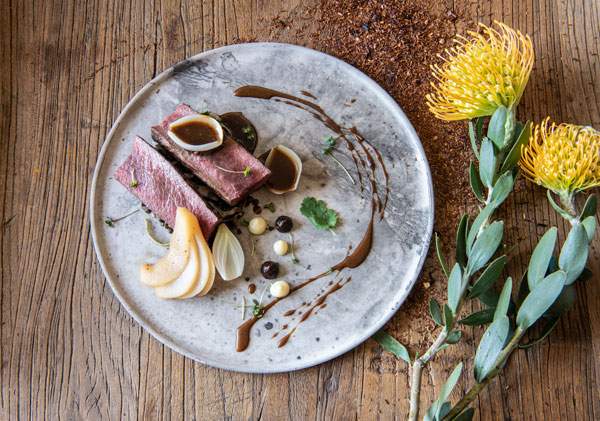 “The spice trade has an immense history that connects people from the furthest corners of the globe,” says Mare. “This trading history includes the Dutch, German, and French influences to the Cape, which will be offered in the restaurant.”