Partner content: The Seven Sages – the jury for S.Pellegrino Young Chef 2018 has been announced

If you’re a young, ambitious chef, we hope that you have by now heard of The S. Pellegrino Young Chef competition. This global search sees young chefs get a chance to develop their skills under the mentorship of a top chef before contending in international cook-offs for the top spot. This year’s event is already underway. 21 young global chef finalists remain shortlisted from thousands of applicants in a series of intense regional heats. (We’re holding thumbs for SA’s very own Vusumusi Ndlovu!) They will have just one chance to impress these culinary icons with their signature dishes at the Grande Finale from 11 to 13 May 2018, where they will cook their signature dishes live and be judged by the Seven Sages. It’s an incredible learning and networking opportunity! 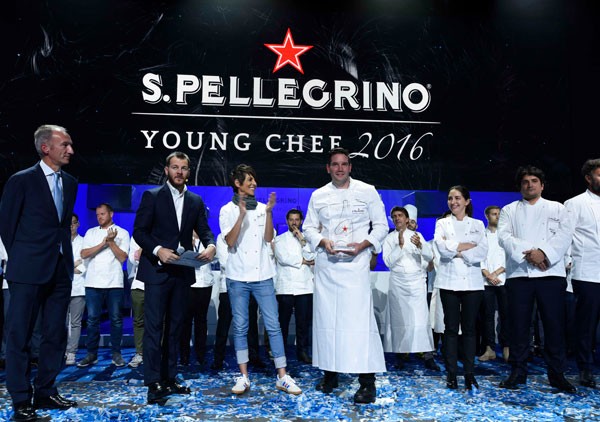 Who are they? Read on.

A driving force in the new generation of Latin American chefs, Martínez’s career is a testament to his insatiable curiosity and energy. His flagship restaurant, Central, in Peru, which he runs with wife Pía León, has claimed the top spot on the Latin America’s 50 Best Restaurants list for three consecutive years. An ambassador for Peruvian food, Martínez’s passion is exemplified in his Mater Inciativa research project in the Andes. He was also awarded the Chefs’ Choice Award at The World’s 50 Best Restaurants in 2017. 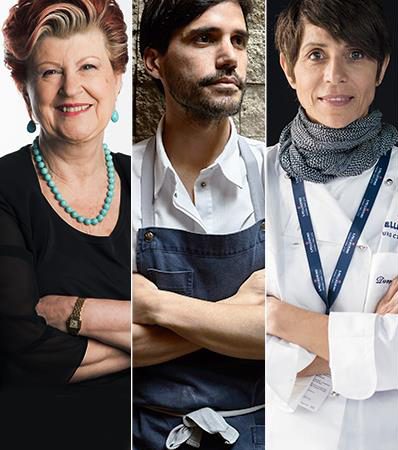 Just a few of the Seven Sages. Photo supplied.

Chef Forés runs a restaurant empire in the Philippines, which began with the Cibo di Marghi Signature Catering and the opening of her first modern Italian restaurant, Cibo, in 1997. In 2012 Forés, who originally trained in Italy, opened the first-ever Asian Campus of the renewed Italian culinary school Casa Artusi, and in 2016 was voted Asia’s Best Female Chef.

Australian chef Brett Graham comes from humble beginnings. He started out as a fresh-faced 15-year-old in a simple fish restaurant. After winning the Josephine Pignolet Award for young chefs, he arrived in London and hasn’t looked back since. After honing his skills at The Square, with Philip Howard, he opened The Ledbury, where he has remained ever since. A favourite in the capital, it boasts two coveted Michelin stars, as well as a spot at 27 on The World’s 50 Best Restaurant list.

French by birth, Annie Féolde was the first female chef to hold three Michelin stars in Italy. They were awarded to the prestigious Enoteca Pinchiorri in Florence, which she runs with husband Giorgio. More recently she has spread her culinary wings overseas, opening Artisan by Enoteca Pinchiorri in Dubai. Also a judge on Italy’s Top Chef, she is well-practised in recognising and nurturing culinary talent. 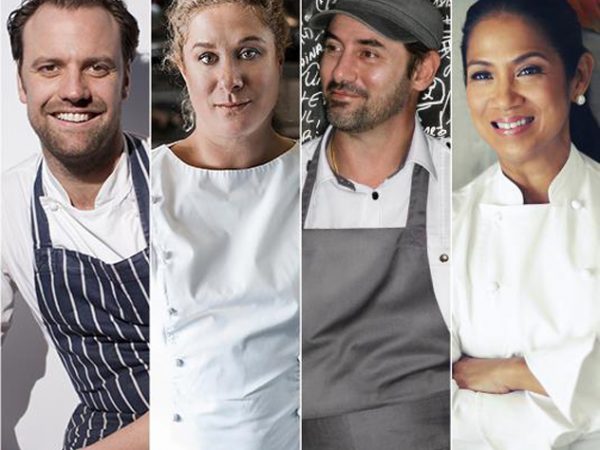 The other four chefs that make up the Seven Sages. Photo supplied.

Dominique Crenn returns to the competition hot on the heels of her win with mentoree Mitch Lienhard, champion of the S.Pellegrino Young Chef 2016 edition. The two-Michelin starred French chef is a force to be reckoned with on the US West Coast with her trailblazing San Francisco restaurants Atelier Crenn, Petit Crenn and the much-anticipated Bar Crenn. Crenn is an active participant in chef forums, debates and an ambassador for female chefs. Amongst other accolades, she was featured in Season 2 of Netflix’s Chef’s Table.

Slovenian chef Ana Roš was awarded the coveted title of The World’s Best Female Chef in 2017, an impressive accolade for the determined self-taught chef and ambassador for Slovenian gastronomy. Roš comes from her family-owned Hiša Franko restaurant in between managing a busy diary cooking at food events, masterclasses and speaking at industry events all over the world.

French chef Paul Pairet is best known for his avant-garde cuisine and a trio of eclectic restaurants in Shanghai: Mr & Mrs Bund, The Chop Chop Club, and Ultraviolet. Ultraviolet has ranked among The World’s 50 Best Restaurants since 2015.

We certainly don’t envy the competitors, having to impress the likes of them!

Stay tuned for news, and for more on the competition, check out our dedicated page.