The legendary ‘pope’ of French gastronomy was laid to rest on Friday, amid a legion of chefs in white. Speaking to Hennie Fisher, Daniel Leusch of La Madeleine remembers the great chef. 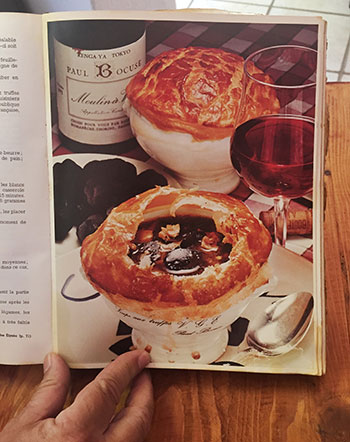 These days, Daniel Leusch of La Madeleine in Lynnwood, Pretoria, bears a close resemblance to his idol and mentor Paul Bocuse, who recently passed away. Imposing and elegant in chef’s whites, Daniel recounts with fond memories his interactions with this great man and culinary luminary, who was often photographed in his crisp starched chef’s uniform, with a tall toque crowning his statuesque head.

Daniel met chef Bocuse about 30 years ago, when a group of three-star Michelin chefs was invited to visit Sun City. Daniel recalls their very personal and heartening chat when Daniel explained to him his vision of a long-standing French-inspired restaurant in Pretoria. Chef Bocuse sent Daniel off with words of encouragement to keep the French culinary ‘home-fires’ burning in Pretoria. Of course, this resulted in Daniel’s dream coming true in the form of La Madeleine. 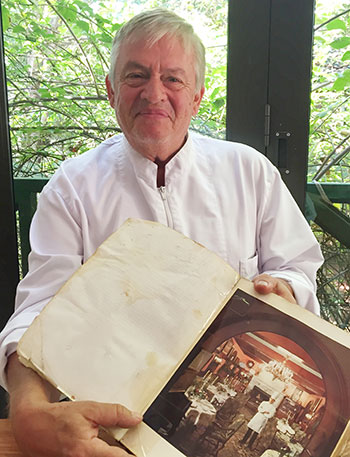 According to Daniel, Bocuse was the first chef who came out of the kitchen to engage with his guests in the restaurant. He started his career, as many chefs did in those days, at a young age at the famous Fernand Point’s La Pyramide restaurant in Vienne, Isère, France. Chef Bocuse rose to prominence throughout the world, not only for the fame of his own restaurants and many books, but for his dedication to the trade and the upliftment of restaurant workers’ image. He is often referred to as the father or ‘pope’ of the New Cuisine of France. His restaurant in Collonges-au-Mont-d’Or near Lyon, L’Auberge du Pont de Collonges, has held three Michelin stars for the past 40 years.

Daniel recounts with delight many dishes that he recreated from Monsieur Bocuse’s writings, such as an impressive croquembouche fashioned around an empty magnum bottle. So influential was Bocuse’s influence on the food world that even today people flock to his restaurants for one of his most iconic dishes, truffle soup. Bocuse invented this dish in February 1975, when French president Valéry Giscard D’Estaing promoted Bocuse to Chevalier de la Légion d’Honneur (the highest decoration in France).

Even though he had no longer been actively cooking for many years, his passing away at the age of 91 is a great loss for the food and restaurant world.

Although La Madeleine recently had a little face lift, for many years a saying by Paul Bocuse held pride of place: “Classic or modern, there is only one cuisine: the good one.”