The restaurant industry has endured hit after hit, standing up each time to continue serving their customers and earning a livelihood during the COVID-19 pandemic and the South African lockdown. While he also offers up potential solutions for relief, economist Mike Schussler says that this may, unfortunately, be just the beginning. 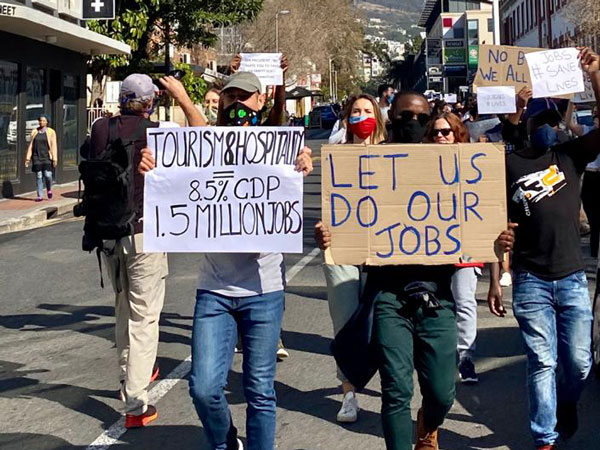 Schussler says it’s easy to see a scenario where half the restaurants in the country are forced to close their doors by the end of the year. As they depend on holiday trade, he says that tourism-dependent provinces such as the coasts and Mpumalanga will probably be hit harder. And with no April or mid-year holidays, and schools likely to remain open “virtually till the end of the year”, the December holidays are likely to be a non-event.

Added to the fear that many have of going out, plus the increasing lack of disposable income created by job cuts, it makes it tough to envisage meaningful demand returning in the near-term. “Per capita income is going to come under strain, and we are not going to go back to historic levels for a number of years.” In fact, says Schussler, South Africa won’t get back to the high point of 2014 until 2030. Until then, because incomes are under pressure, disposable incomes will be too.

Schussler points to the example of one in nine jobs in the Western Cape being in the broader tourism or hospitality sector, meaning a significant impact on the region’s economy. While anecdotal evidence and personal stories litter social media, the data points are worrying too. Schussler says it has been over 136 days since vehicle traffic was at normal levels. “That’s more than a third of a year. It is very unlikely the economy is just going to bounce back.” 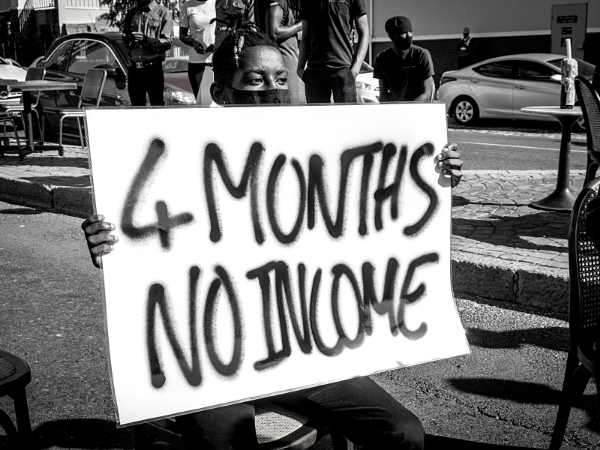 Famous Brands – one of the larger players in a very fragmented industry – describes the situation in its casual dining Signature Brands portfolio, which includes Tashas, Turn n Tender, Salsa, Mythos and Lupa Osteria, as being under “acute stress”. However, the situation is not much different in the UK, where it operates craft burger chain GBK. As of 19 July, 78% of its restaurants were open (versus 92% of its QSR Famous Brands outlets, such as Debonairs, Steers, Mugg & Bean and Wimpy).

JSE-listed competitor Spur says 374 of its 547 restaurants in the country were trading by the end of June, with that number set to increase to 495 by the end of July. That still leaves around 50 outlets not trading. Sales at Spur Steak Ranches are down 87% in June compared to last year, with Panarottis and Casa Bella faring marginally better (given a higher takeaway contribution) at -83%. Hussar Grill was down 97.5% last month, with trade effectively non-existent. The RocoMamas model has proved significantly more resilient under current restrictions, with sales down around 53% in both May and June.

These larger players have better negotiating power with landlords, but while the independents are worse off on this front, they’ve found it easier to innovate and shift into new markets such as meal boxes.

On Tuesday, Statistics South Africa said that the wholesale and retail trade sector, in which hotels and restaurants are counted, lost 17,000 jobs in the first quarter when compared with the prior three months. This is mostly seasonal, however, and excludes the impact of lockdown. At the end of September, data will likely show that hundreds of thousands of people in the sector have lost their jobs.

By then, in all likelihood, it’ll be too late. Says Schussler: “It is going to take three or four years for this industry to stagger to its feet, if they’re lucky.”

How restaurants could find relief

His ideas for medium-term relief include lobbying the government to introduce a rebate on the excise duty on South African wines and beers when sold in a sit-down restaurant. He also thinks the industry should come together and have a consistent position when negotiating with landlords. Schussler says the one thing restaurants have in their favour is that with a structural shift underway towards online shopping, malls will continue to become more entertainment-focused. This means landlords need restaurants. 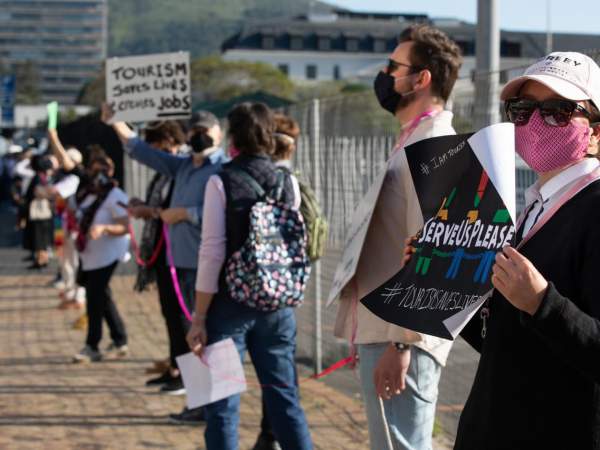 As far as government support goes, like all other small businesses, Schussler says restaurants have been left on their own. Sector-specific help from the Department of Tourism’s controversial R200 million relief fund was capped at R50,000 per grant. The Department of Small Business Development is to disburse R2 billion for SMME (small, medium and micro enterprises) support, but this facility has been described by one analyst as dysfunctional. The Unemployment Insurance Fund’s Temporary Employer/Employee Relief Scheme (UIF TERS) benefits have certainly helped, but a processing and pay-out backlog still exist.

The Restaurant Collective (RC) last week published a “blueprint” for the recovery of the sector, with a number of proposals to provide relief. Among the more ambitious ideas is cutting VAT by 5% until June 2021. Schussler says a change to VAT for a specific sector will simply be “too difficult to implement”. Besides, Treasury’s philosophy is to not ring-fence taxes. All, with the exception of the Road Accident Fund levy on fuel, go into the broader fiscus.

RC also asked for a reduction of bank rates and utility charges, the amendment of the curfew to 10pm, and allowing the restricted sale of alcohol in licensed sit-down restaurants. Schussler’s view on the alcohol ban is that the industry not being allowed to sell a product with a higher margin and no wastage is “extremely problematic”. The Restaurant Association of South Africa (RASA) this week made a separate proposal regarding the sale of alcohol, with responsibility being taken by individual communities. The government has undertaken to review this.

Stay tuned to Eat Out for updates on this story following the government’s review.