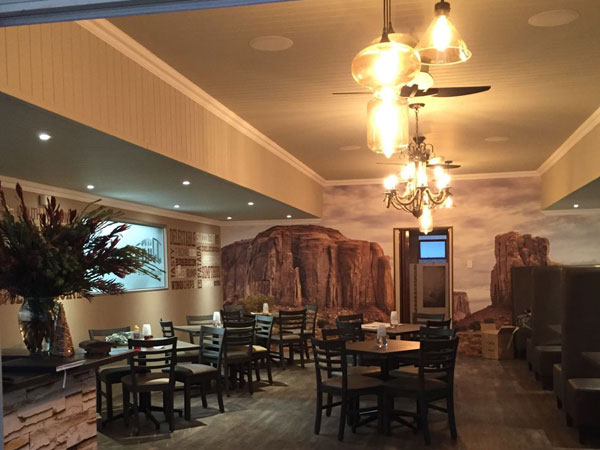 Obviously, the thing to eat here is Meat (with a capital M), but beforehand you could always start with snails in a creamy garlic sauce or excellent chicken livers in a rich sauce with a bite, plus bread to mop it all up. If calories are of no consequence, try the nachos topped with salsa, cheddar and feta cheese, guacamole and sour cream – they’re irresistible. 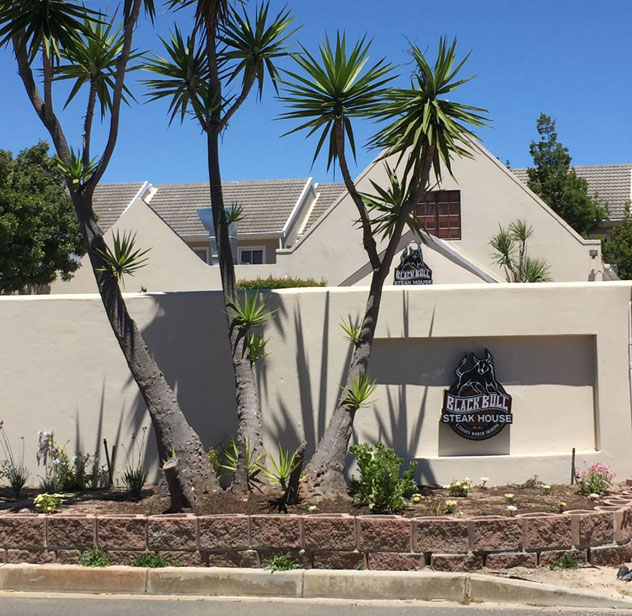 Outside the restaurant. Photo courtesy of Black Bull Steakhouse.

On the meat side there are very good grilled beef and sticky barbecue pork ribs. Black Bull’s steaks are all good, either sirloin, rump, or beef fillet, in various sizes, and there are lamb chops and ostrich to take up the slack. The Rattlesnake Rump, topped with biltong and avocado (when available) is popular with local carnivores, as are the bangers and mash with gravy and caramelised onions – enough to make an Englishman’s heart leap for joy. The baked potatoes are worth writing home about, and have clearly been freshly made. There is a nod to vegetarians with veggie burgers and spinach and butternut mash, but what would a real vegetarian be doing here anyway?   Desserts are suitably rich, featuring plenty of chocolate, either in sauces or baked, and delicious malva pudding. 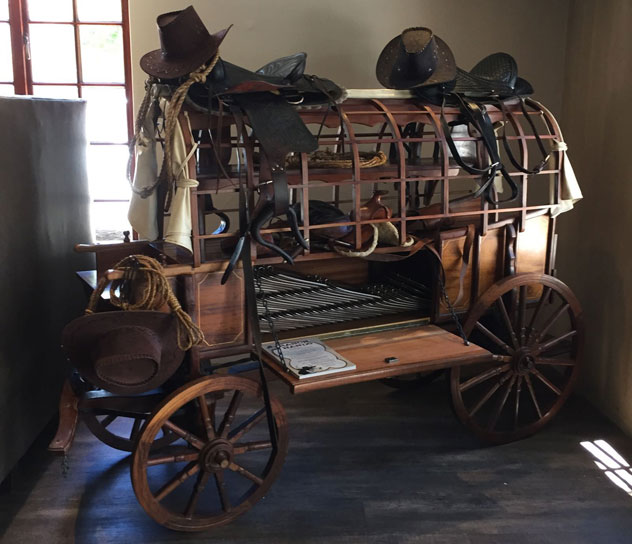 The handsome wagon at Black Bull. Photo courtesy of the restaurant.

A keen and energetic group of local young people makes sure the food comes out of the Black Bull kitchen at a fast rate. 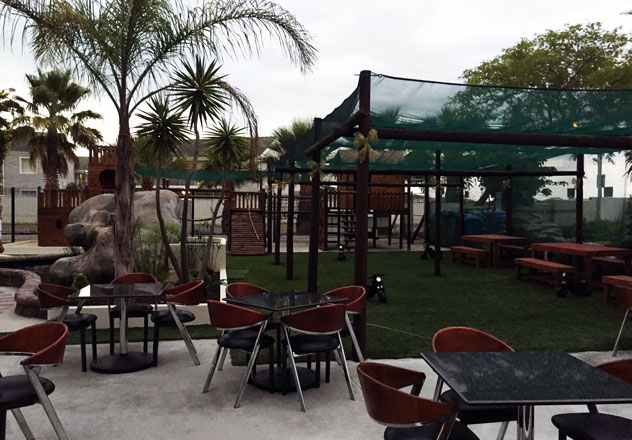 The garden at Black Bull. Photo courtesy of the restaurant.

From the moment it opened its doors, Black Bull Steakhouse has proved to be wildly popular with local families. There’s a large play area surrounded by tables from which parents can keep an eye on all the goings-on while they enjoy their meal. Later in the evening things quieten down once the little ones have gone off to bed. The place itself is modern and has some booths to encourage privacy.

Have you managed to secure a seat at Black Bull Steakhouse in West Beach, Blouberg? Write a review and we’ll pledge a meal for a hungry child through Stop Hunger Now SA.