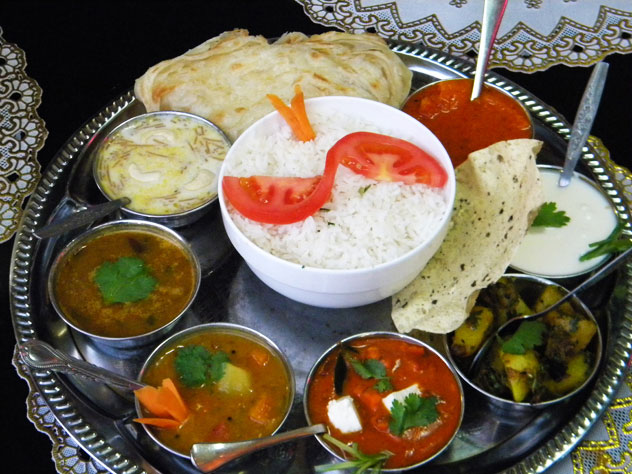 Unusual textures and very distinct flavours are what Eat Out critic Diane de Beer discovers at Thali, a new Indian restaurant in Laudium, west of Pretoria.

Most South African towns and cities boast one or more Indian restaurant – or at least a good takeaway. Laudium, home to a large Indian community, is the mecca of Indian food in Tshwane. Every once in a while, a new surprise pops up, like Thali, a comfortable, almost homespun space, created by a family hailing from Kerala in South India.

Thali offers something different from many of the run-of-the-mill Indian dishes you might have tasted before. It’s nothing fancy, but the food is good quality, freshly made, and comes in a variety that’s manageable rather than overwhelming.

Our starters include samoosas (lamb, as well as cheese-and-corn) and chilli bites, plus delicious and unusual fried veggies, including brinjal marinated in a special sauce, lady fingers (okra) in onion-and-tomato gravy, and gobi Manchurian dry, an Indo-Chinese dish of battered cauliflower with a spicy sauce.

And what is an Indian meal without some bread? We can’t stop tucking into their extraordinary Kerala porotta, which are beautifully made and good enough to make a meal. At R7 a pop, they’re a steal.

For mains we sample a chicken biryani and a lamb bunny chow, and again fall heavily for the veggie offerings, which include a mushroom curry, dhal palak, spinach with lentils, paneer masala, cheese cooked in Indian spices, and a wonderfully tasty ghee roast masala dosa. The latter, for the uninitiated, is a South Indian fried pancake made from split urad lentil and rice butter, with different fillings and an accompaniment of coconut-and-tomato chutney, which adds another dimension to an already rich meal.

The larger your group, the more can be discovered in a typical communal meal.

No alcohol is served on the premises, but they catered for a range of tastes. We dip into their fresh juices, which include mint and lemon, pineapple, ginger and lemon. Not wanting mine too sweet, I order the lemon and ginger sugar free, and it is cool, refreshing, and obviously freshly made. The lassi options include the salt and sweet versions; the mango and buttermilk could count as dessert rather than a drink! Ditto to the creamy and rich Bombay crush, which is enough for a meal.

Because of the intimacy of the venue, the staff compliment is limited, but we don’t have to wait any longer than necessary. Jacob, our waiter and the manager, is also from Kerala, and he proved a most informative host who guided us where necessary. 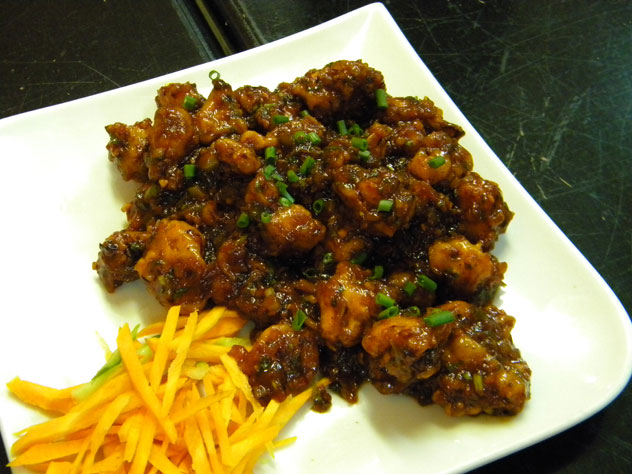 It’s a little like a home from home, thanks to the hands-on approach of the owner, Ashraf Abdul, and staff. This is the best way to explore a kind of cuisine. Once they get to know you, the team will help you dig deeper and heighten your enjoyment their culture. Thali has an old-time café feel, with tables up close and personal and a charming buzz of friends and family, which adds to the fun of the meal.

It’s always such a joy to discover a new world cuisine. Thali’s food is extremely well executed, and as a bonus, a feast won’t cost you much more than a R100 per person – especially if you order as a group. In today’s tough times, that’s good news.

Have you tried the South Indian cuisine at Thali in Laudium? Let us know what you thought by writing a review.