Cape Town’s Kloof Street has steadily come back to life and with it, a new offering from the Real Foods Group. Kloof Street Village is a space that brings four of its brands together in one place – Nü, Schoon, Free Bird and the newly launched Kofi.

Designs and concepts for the open-plan eatery began way before COVID-19 arrived on South Africa’s shores. In fact, the plans were done and construction was just about to begin when the country’s national lockdown was implemented in March. It forced principal architect Jon Jacobsen (of Metropolis Design) to go back to the drawing board, literally. In a strange way, lockdown was a blessing for him and the Real Foods team as it allowed them to look at their entire concept with a newfangled perspective. 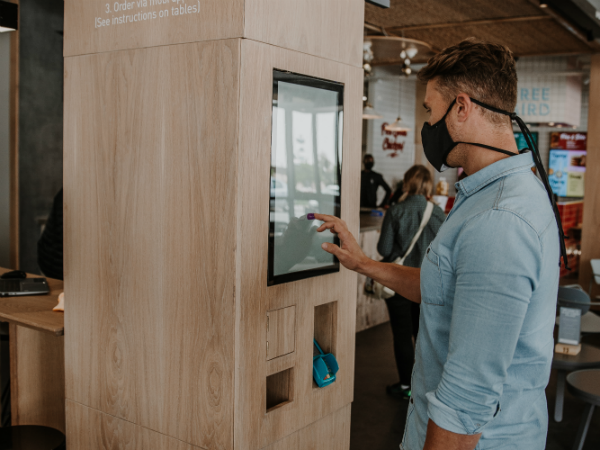 “We saw it as an opportunity to design something completely different, because as we got into this whole COVID thing we realised that it’s changed the way people perceive socialising,” says, Glenda Philp – head of strategic & special projects, at the Real Foods Group. “We tried to create as much space as possible but we wanted to develop an environment where you felt safe.”

“Through the research that we’ve done, it’s been shown that customers are reassured by physically seeing the measures that are taken to improve the environment,” says Jon. But the space and consideration around social distancing was only one aspect of the team’s new strategy. And although one might expect to see screens and very jarring physical barriers, they have gone a more discreet route and have adopted a few other key elements which they believe will be the expected norm in restaurants in the not-so-distant future.

All the windows and doors open fully, giving you the sense that you’re almost ‘outdoors’. There are huge ventilation pipes across the ceilings that haven’t been ‘hidden’ from view. This allows the customer to see them and have better peace of mind.

A big thing that often goes unnoticed in many establishments is the number of times milk containers are handled by baristas, so at Kofi, they’ve got a ‘milk on tap’ system – where the milk comes already sterilised in big kegs from the supplier. To limit being close to waitrons, you can order from two digital kiosks which don’t require any interaction with another person. Your order is then placed in a special pick-up zone which makes the process contactless. The taps in the bathroom are electric and the bathroom door has a special ‘kick’ opening mechanism so you needn’t touch the handle. 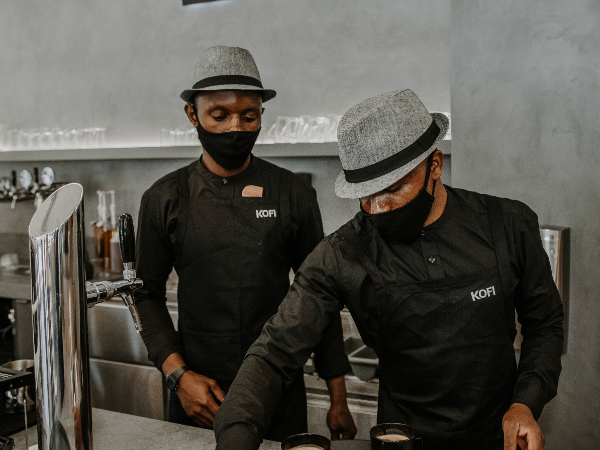 Hatches on each side of the building

They’ve built two hatches that open onto the pavement, which means customers don’t have to enter the building at all. This also minimises the number of people inside. 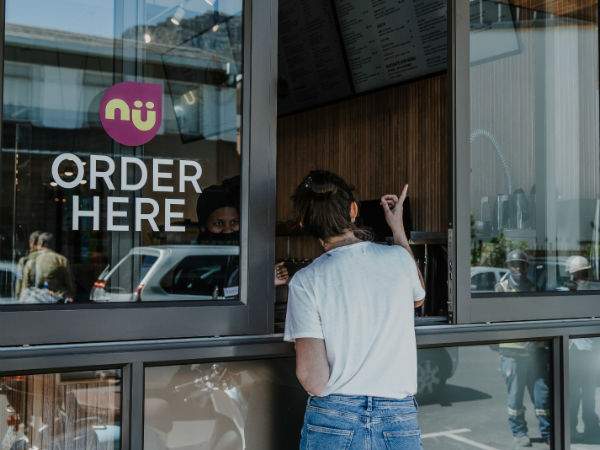 To eliminate the constant entering and exiting of delivery people, Jon designed a separate entrance and corridor for them so that they don’t need to be in the front of house environment at all.

Will we be seeing more of these Real Foods spaces in other cities? Glenda says, “we’re trialling it with the communal seating area and all our brands in one space, and if it works it’s definitely a strategic decision to roll out.”

Kloof Street Village is located on the corner of Kloof Street and Rheede Street in Gardens, Cape Town. Opening hours are 7:00 – 22:00, Monday to Sunday (including most public holidays).