Our friends at VISI magazine have photographed the country’s most stylish space in a whole new light, making it look even more impossibly beautiful. 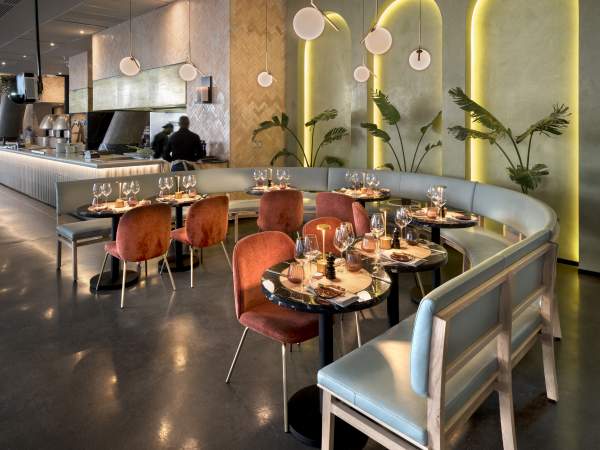 The seating and bar areas at Saint. Photo by Dook.

Saint – the venture of chef David Higgs and Gary Kyriacou, and the winner of the 2018 Eat Out VISI Style Award – is a visual delight. Its most eye-catching feature is its domed ceiling, which features a series of moving and changing artworks and scenes mapped by 3D projectors – one moment an outer-space-like night sky; the next a replica of the Sistine Chapel. 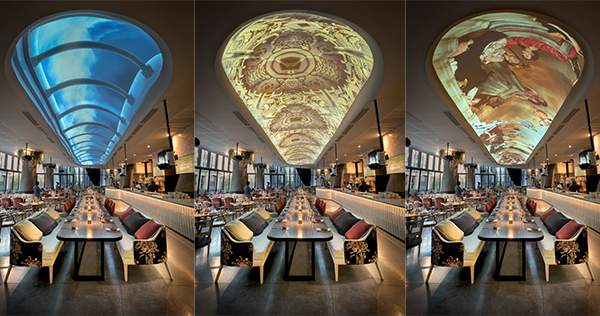 Saint’s spectacular domed ceiling, which changes from moment to moment. Photo by Dook.

But the innovative dome isn’t the only feast for the eyes. Saint features gorgeous Stefano Ferrara Forni pizza ovens, custom covered with gold mosaic, which have been imported from Italy. Annemarie Meintjes, VISI Deputy Editor, says, “If the copper pizza ovens from Mars don’t blow you away, the pizzas served on flat two-tone platters will!” 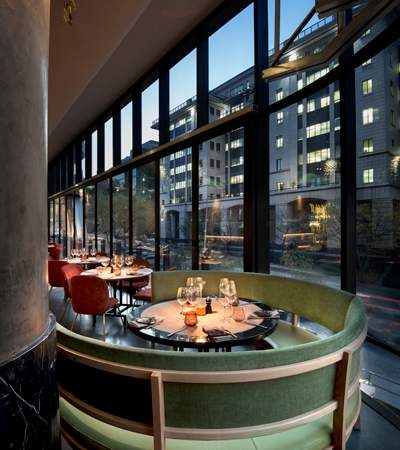 Wherever you look, there’s more to soak up. Sumien Brink, VISI Editor-in-Chief, says Saint delivers an inspired combination of simplicity and high style: “The dazzling interiors by Irene Kyriacou is a result of mixing Renaissance imagery with a little bit of mid-century modern and 50s retro. The interior is simultaneously sexy, chic and tongue-in-cheek. The ultra-glamorous interior, where the ultra glamorous people want to hang out, fosters a sense of playful escapism that makes this restaurant a destination.”

Read the full story (with even more glitzy pictures!) here. The one hundredth issue of VISI magazine is also on sale now. The bumper 352-page issue takes you inside the home of award-winning chef Liam Tomlin (the 2017 Eat Out S.Pellegrino & Acqua Panna Chef of the Year and owner of the highly regarded Chefs Warehouse stable of restaurants, including the current number 10 restaurant, Chefs Warehouse at Beau Constantia). Make sure to look out for chef Liam’s impressive designer kitchen on pages 176 and 180.