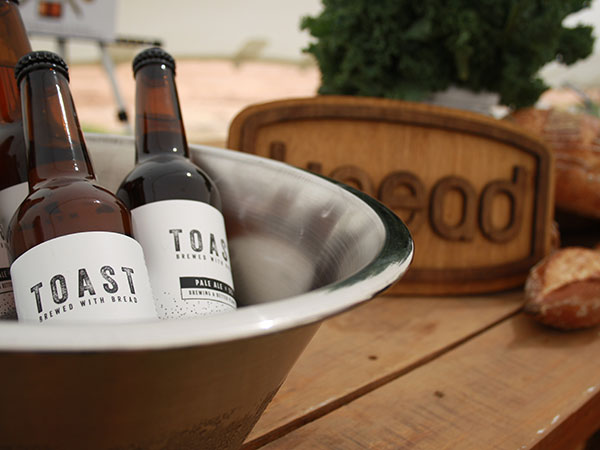 When it comes to food and drink we feel virtuous about, beer is not usually high up on the list. But thanks to a new craft beer, launched late last year in Cape Town, drinking a beer might now be something worth congratulating yourself for.

Toast Ale craft beer is brewed using bread to replace 1/3 of the raw ingredients. As the bread has already gone through its own baking process, and has its own yeast, the sugars break down faster, resulting in a lower carb beer. The makers claim it contains only 150 calories, almost half of the 220 calories normally found in a beer or glass of wine. 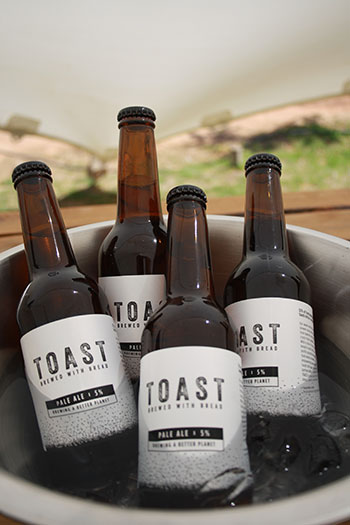 The team are using excess bread from Knead and Sandwich Baron. Photo supplied.

But that’s not all – the bread used to make the beer is waste that would otherwise be discarded. While hunger is a huge problem in South Africa, it can be difficult for excess bread to reach the needy before it’s too late. Instead, Toast Ale seeks to use the bread to make a viable product, and then empower underprivileged South Africans by creating jobs and funding a year-long training programme through the non-profit organization Soil for Life.

The model was conceptualised in the UK by British food waste campaigner Tristram Stuart, and has had the support of Jamie Oliver. In South Africa, entrepreneurs Bianca Hansen and Jaen Beelders have launched their own product, using excess bread from Sandwich Baron and Knead Bakeries.

It’s not the first beer to be made from bread – in fact, Tristram took inspiration from Belgian brewers of Babylone, who found that 20% of waste in the country’s dumpsters was bread. Dutch waste food restaurant Instock also brews a bread-based beer called Bammetjes bier.

How does it taste? According to the makers, Toast Ale has citrus and caramel notes with a biscuit undertone.

Find it for sale at NGF Gardens and Three Anchor bay, GetWine Claremont, and The Biggest Little Beer in Belville (in the Willowbridge Centre). Or order one at Cafe Extrablatt in Greenpoint, Buzbey Grill in Sea Point, the Cape Farmhouse in Noordhoek, and at all Knead Bakeries nationally. Prices differ, but the recommended retail price is R25.99 to R32 per beer. The beer is also available for catered events in Cape Town and Joburg from Toast on Tap vans. 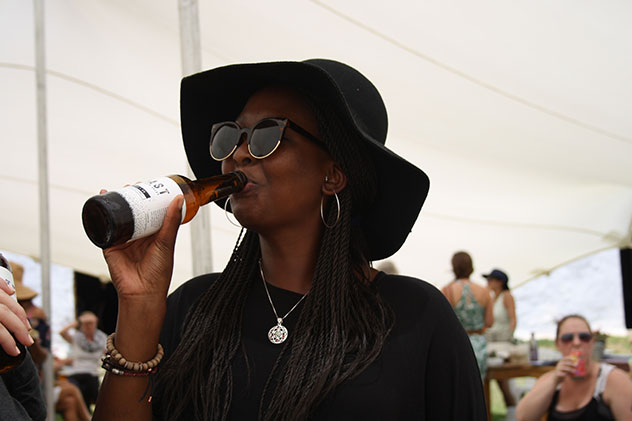 According to the makers, the flavour notes include citrus, caramel and biscuit. Photo supplied.