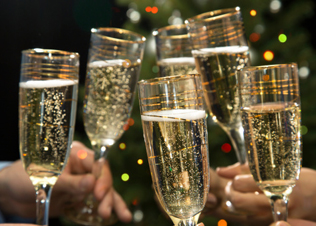 It was a night unlike any other. Macarons grew on trees, bread was served with custom-carved butter sculptures and five hundred guests watched as South Africa’s brand new Top 10 restaurants were announced, along with the winners of a host of other awards.

This year marked the re-entry of David Higgs into the Top 10 with Five Hundred, as well as his reclamation of the title of Eat Out S. Pellegrino Chef of the Year. The last time David received an Eat Out award was in 2010. Heading up the kitchen at Stellenbosch’s Rust en Vrede at the time, he walked away with the Chef of the Year, Restaurant of the Year and the Service Excellence awards. This year, David’s new Johannesburg restaurant, Five Hundred, landed an impressive second position on the highly contested Top 10 list.

Other new entries into the Top 10 include Camphors at Vergelegen and Pierneef à La Motte.

For the second year in a row, South Africa’s Restaurant of the Year is The Test Kitchen in Cape Town.

Also revealed at the ceremony were the four anonymous South African-based judges, who worked alongside Eat Out editor and chief judge Abigail Donnelly to determine the winners. The judges for the Top 10 were chef and lecturer Garth Stroebel; owner of Chefs Warehouse and Cooking School Liam Tomlin; and consultant and owner of Frankie Fenner Meat Merchants Andy Fenner. Celebrity chef and TV host Jenny Morris judged the “Best of” portion of the awards.

Finally, this year saw the introduction of two new accolades as part of the restaurant awards. The Rising Star Award, won by Vanessa Marx of Dear Me, recognises promising talent in the industry; and the Wine Service Award, won by Joakim Hansi Blackadder of Rust en Vrede, acknowledges the top sommelier in the country.

Without further ado, here are the winners of the 2013 Eat Out DStv Food Network Restaurant Awards.


Restaurant of the Year: The Test Kitchen