Turkish cuisine comes to Norwood at 47 on Grant 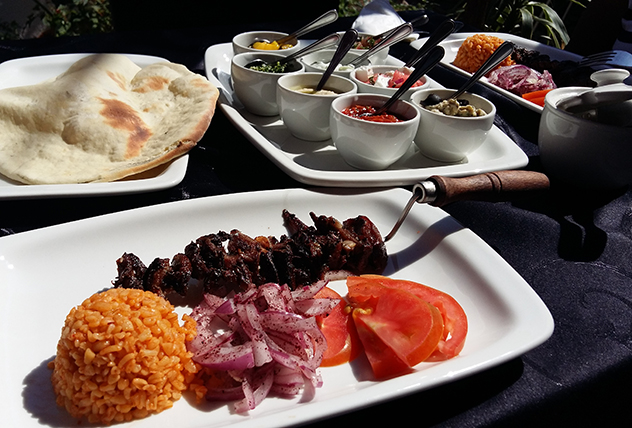 The special at 47 on Grant. Photo by Thando Ndabezitha.

A newcomer to the strip of eateries on Grant Avenue, 47 on Grant brings the earthy and spicy flavours of Turkish fusion food to the cultural melting pot that is Norwood.

The restaurant, true to Turkish culinary tradition, has a menu with a wide array of simple but colourful and tasty dishes for each course. As my mom and I sipped our lovely complimentary Turkish tea, the waitron walked us through the menu items, explaining how each of them were made and the interesting names of the dishes – some of which are named after Turkish towns. For instance, among their kebabs, they have Adana kebab, named after the southern Turkey city, and Urfa, named after Şanlıurfa, in south-eastern Turkey.

Their starters comprise a variety of traditional meals such as hummus, tahini, baba ghanoush, and corba soup of lamb and lentils. While we were deliberating over which starters to have, one of the restaurant managers came over to our table to give us a taste of the lamb he was preparing over the charcoal in the claypot oven, explaining that it was for the cağ kebab, which was the special of the day. 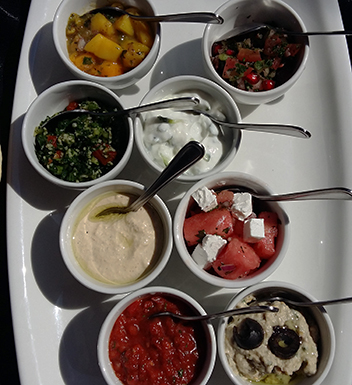 All the sides at 47 on Grant. Photo by Thando Ndabezitha.

This popular Turkish dish immediately won our hearts with that one mouthful. My mom loves simply made and tasty food, and I do enjoy my lamb, so the choice was an easy one. The waitron explained that the cağ kebab special came with a choice of four starter and/or salad dishes each, so we decided to skip starters and go for the special.

As we waited for our food, we admired the vegetable garden surrounding the outdoor area of the restaurant where we were seated. The same gentleman preparing our lamb was the same person who had tended the garden so lovingly, and he was eager to show us what he had planted. We were especially impressed by the tomatoes, mielies, okra, spinach and watermelon, which seemed to be thriving.

The combination of the plants and simple black table décor outdoors makes 47 on Grant feel very homey and comfortable. The inside is just as inviting and also has genuine Turkish goods such as Turkish delight and olives for sale.

The spread looked like a feast fit for an emperor and we tucked in with enthusiasm. Although the well-seasoned lamb was the favourite from the start, we found that the mango salsa with its unusually spicy flavour, and the refreshing watermelon-and-feta salad equally stood out.

Just as we thought we were done eating, the warm and gracious waitron brought out a second serving of flatbread and cağ kebab, leaving us utterly satisfied with our meal. 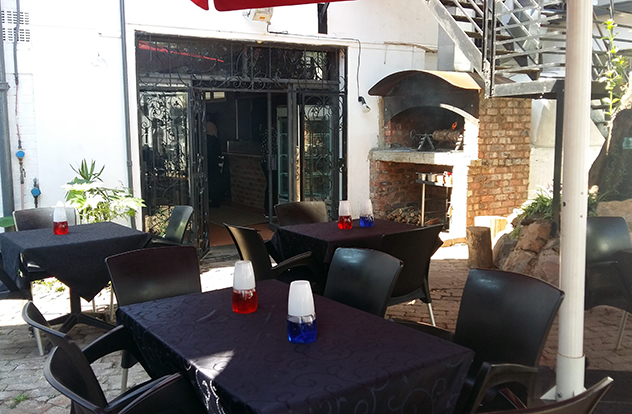 Outside seating at 47 on Grant. Photo by Thando Ndabezitha.

The only disappointment was that our eyes were bigger than our stomachs – we ate the main course with such fervour that we left no room for desserts. But with the weather being so warm and lovely, we found ourselves disinclined to leave, so we ordered more tea and juice, promising each other that we would be back for the divine desserts: Ferrero Rocher, death by chocolate, red velvet and rice pudding, amongst other freshly baked mini cakes.

47 on Grant offers exactly what the multicultural Norwood community needs: Authentic, tasty Turkish fusion food, prepared and served by welcoming and pleasant staff. The prices are reasonable and they are open from 11am until late from Tuesday to Sunday (from 1.30pm on Fridays).