Fun-loving citizens of Durban will be excited to hear that the Umhlanga Food and Music Festival will return for the second year running to the Chris Saunders Park near Gateway Mall on Saturday 2 May 2015. And this time around they’ve added more food vendors.

Guests can look forward to sipping Robson’s Real Beer by local craft brewers Shongweni Brewery, and tasting the wares of a wide range of artisan food stalls, including I Want My Coffee, Wicked Donuts, Republik and more. Items on offer include lamb naan wraps, pulled pork sandwiches and an array of decadent desserts. While it is a food festival, most of the items on sale can’t be bagged to take home, so it’s all about celebrating and feasting at the venue. 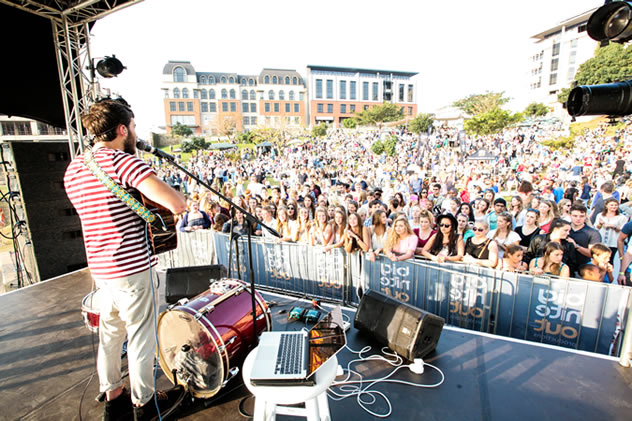 Umhlanga Food and Music Festival organizer Dylan Banks said, “We’ve got more up-and-coming local artists this year as well as a few more food stands.” Live performances by The Kickstands, Majoziville, Just Jinjer and many other local artists can be expected on the line-up.

The family-friendly festival begins at 12 noon and ends at 8pm at Chris Saunders Park on Saturday 2 May 2015. Tickets are available at Computicket for R100 or at the gate for R150. Children under the age of eight can enter for free.