What started as an idea to provide Friday and weekend dinners in a casual space has become the bustling Yeoville Dinner Club on Rockey Street in Johannesburg, where owner Sanza Sandile hosts everyone at his 18-seater table for lunches and dinners every day of the week. 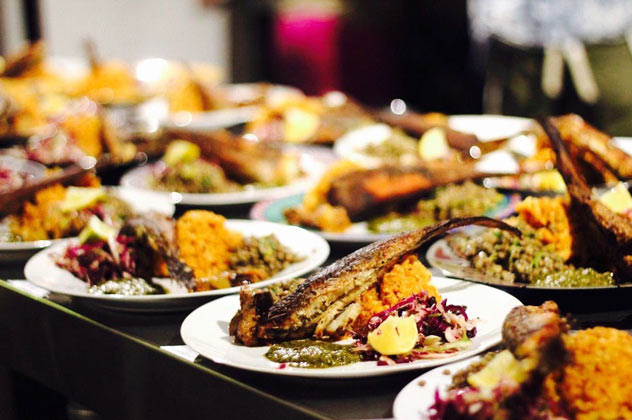 You may have heard of him as a radio personality, but food people know him for his radical, wow-worthy, teeny-tiny place further down Rockey Street, called Eat Arabi. All the African nationalities in Yeoville have great cuisines, and Sanza combined and highlighted them here in a palatable and exciting way, while still recognising all the composite cultures. Its popularity surprised Sanza, but two years later he found the place (upstairs in a businesses centre typical to the area) to capitalise on the cooking and hosting aspect he so enjoys, with even more Sanza verve and perfection – and the Yeoville Dinner Club was born. 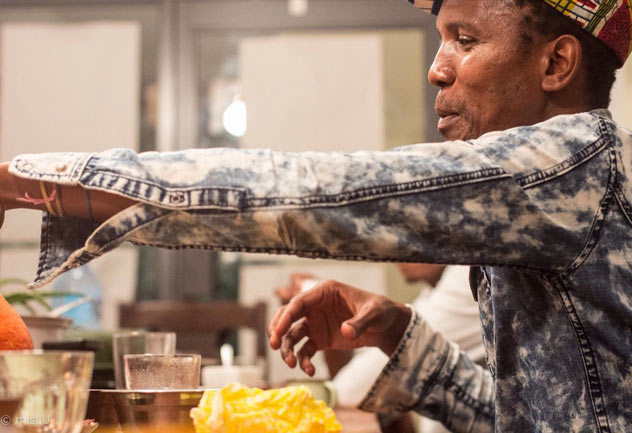 Sanza has been in the hospitality industry for the past 20 years. Photo by misLu@mastersintheirstudios.

That he is a very good cook is not debatable – he’s been proving that for 20 years. Never having been to chef school, Sanza worked his way in (and out of) the hospitality industry between drama stints, and thereby filled the gaps in his cuisine and restaurant knowledge. 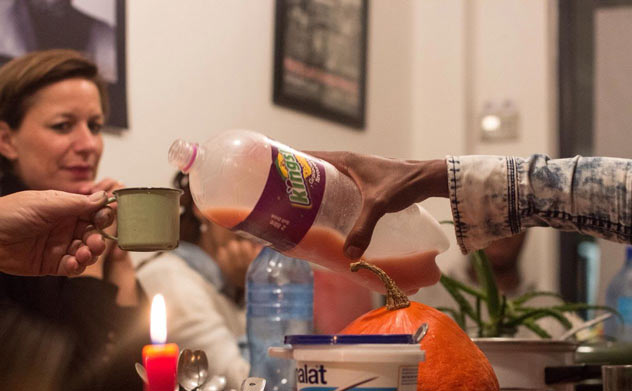 Drinks are served in enamel mugs. Photo by misLu@mastersintheirstudios.

What he offers at the Yeoville Dinner Club is an unapologetically gritty city experience, looking down on the busy street from the balcony, where preprandials are served in little enamel mugs. The banquet-style food reflects the mostly African people and cultures around him, taking inspiration from what’s fresh from the famous Yeoville market. 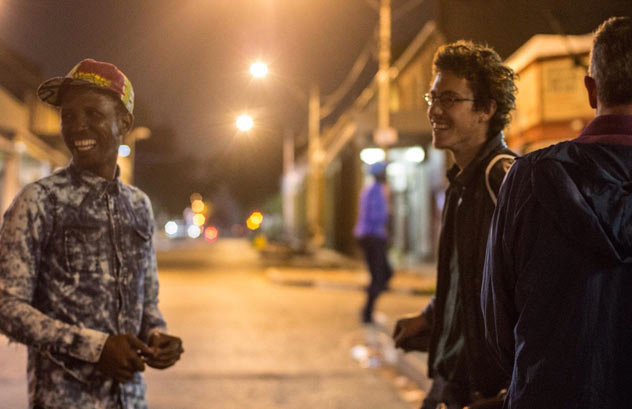 Expect to make new friends at the shared table. Photo by misLu@mastersintheirstudios.

Everything is made from scratch. Sanza pickles chillies, preserves vegetable and uses his own cultures for yoghurt. All the main course food dishes are arranged down the length of the long dinner table, with explanations and delicious Zulu cocktails to follow. There could be jolof rice, salads incorporating Nigerian melon-seed sauce, Mozambican smoked fish, Northeast African falafels, a bean-and-peanut dish, and little roasted North-African baby brinjals. Most of the food is vegetarian, with many vegan options, too. 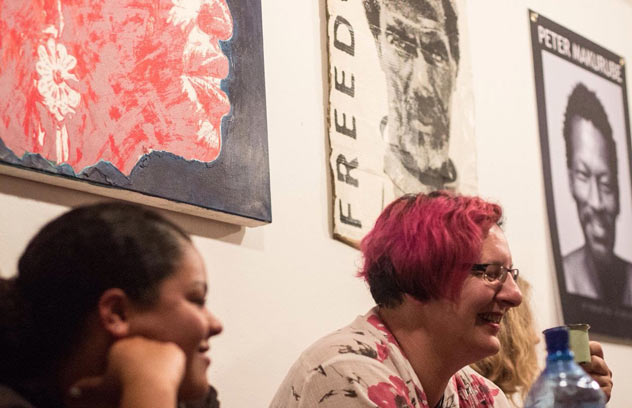 It’s the cooking and hosting that Sanza excels at. Photo by misLu@mastersintheirstudios.

Whether you book as one, two or more guests, the table will be made up of other parties, many international, and, if there are any spaces, Sanza’s well-known and interesting arts friends are keen to fill them. 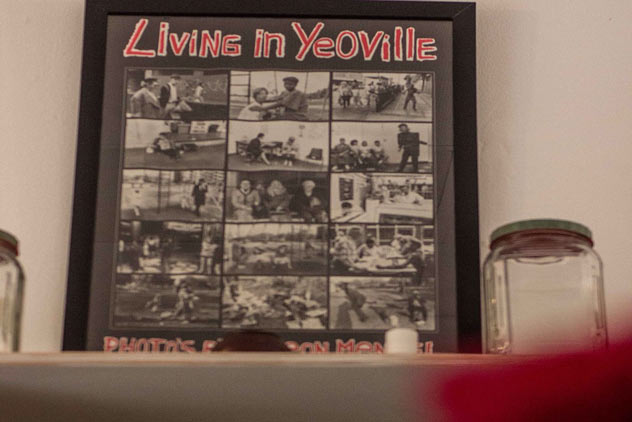