Brought to you by Hendrick’s gin

Women have created some of the most important things in the world, including Wi-Fi and, well, all human life. Ever wondered which foodie wonders they’re also responsible for? Though there are definitely many more that have unfortunately gone unacknowledged over the years, we’ve rounded up five of our favourites that have thankfully been documented.

Remember that epic Friends scene when Monica realised the perfect ‘family’ choc-chip recipe she was looking for was the one from the Nestlé Toll House packaging? There’s a reason for that. Ruth Graves Wakefield invented the choc-chip cookie in 1930 at her inn, the Toll House Inn in Massachusetts. She named them Toll House Crunch cookies and they became so popular that there was a massive increase in the sale of the Nestlé semi-sweet chocolate bars she’d used chunks of in her recipe. She then struck what could be the smartest deal we’ve ever heard of: Nestlé got to print her recipe on its packaging and they supplied her with a lifetime supply of chocolate. Score one for Ruth and humanity.

Chemist Lesley Gracie has been doling out drinks since the age of four, when she served her family teas made with twigs and plants. Lesley went on to become a chemist before founding Hendrick’s Gin in 1999. She’s one of only four people in the world who knows the recipe to make the gin, which comprises 11 different botanicals and has an infusion of cucumber and rose essences.

Think all the churning involved in making ice cream takes too long? Trust us, it used to be much worse. Before Nancy Johnson created her revolutionary ice-cream maker, the cold confection used to be available only to the rich because it was so labour intensive. It required putting all your ingredients into a steel pot surrounded by ice then stirring as much as possible as fast as possible. Needless to say, the none-too-efficient technique took hours and often resulted in lumps. The mechanics of Nancy’s invention – concentric cylinders, a lid, a paddle and a crank – form the basic design of the ice-cream makers we use today (though admittedly with less wooden bucket and more automated spinning paddles).

While it may be the worst place to store milk, shelves in fridge doors are pretty damn handy and we have Lillian Gilbreth to thank for them – plus the way we use kitchens today in general. As an organisational psychologist and an industrial engineer, Lillian developed several ways to improve kitchens that we still use today, including the kitchen work triangle, wall light switches and the best heights of surfaces and appliances like stoves. Her reasoning? The more efficient the kitchen, the less time women would spend there, meaning they’d have more time to earn their own money. (Bonus fact: Lillian’s knack for efficiency is what inspired two of her twelve children to write Cheaper by the Dozen, the novel that the movies are based on.)

Unfortunately there’s almost nothing known about the genius Ruane Sharon Jeter, who invented the toaster with a dial to set how brown you want your bread. All that is known: Ruane filed the patent in 1987 and has basically been responsible for all breakfast happiness since.

Brought to you by Hendrick’s gin 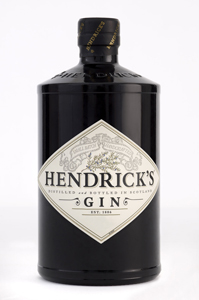 No other gin tastes like Hendrick’s because no other gin is made like Hendrick’s. They infuse their gin with the remarkable Bulgarian Rosa Damascena and specially selected cucumbers from the finest producers. Hendrick’s Gin is hand-crafted in tiny batches of only 500 lovely litres at a time, which gives the Master Distiller, Ms Lesley Gracie, greater control of her careful artistry. Hendrick’s is the marriage of two different spirits from two rare and unusual stills. The harmonious combination of the Bennett and Carter-Head stills creates an unusually smooth gin like no other, which has the required character and balance of subtle flavours.