Attention, Cape Town: You can now have stuffed doughnuts delivered to your door

Cape Town doughnut fans: your prayers have been answered! You can now get gourmet doughnuts delivered to your door, courtesy of D’s Nuts, who make their doughnuts in a slightly unusual setting: a gym.

It seems a bodybuilder called David Cross has proven our very serious hypothesis that all exercise must be countered with a treat sweet enough to make you forget it all. David is a strength and nutrition coach at DSNC who has been featured in magazines like Sports Illustrated, Men’s Fitness, Men’s Health and Fairlady – and he also happens to sell doughnuts. Another thing he’s a fan of? Inappropriate puns, which is why he named his bakery D’s Nuts, where you’ll “come for the D [and] stay for the nuts.” Yes, really. 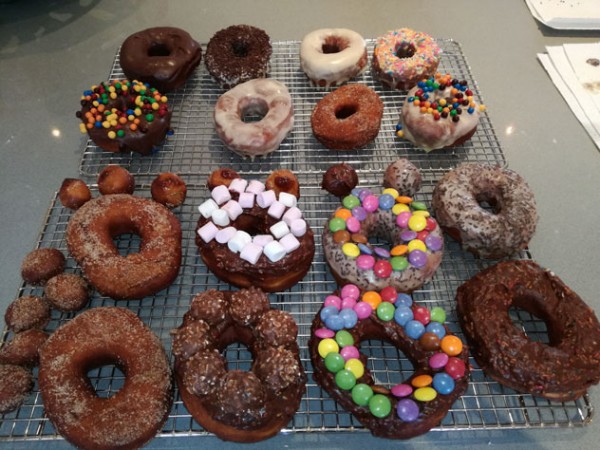 An assortment of doughnuts from D’s Nuts. Photo supplied.

Thanks to a childhood in the UK that was filled with delicious doughnuts, David hasn’t yet managed to kick the habit. His vision was for brioche doughnuts similar to the ones sold in specialty stores in America. He took a baking class with Grace Stevens of Cupcakes by Design, and has since hired pastry chefs to help him in his gym’s kitchen. D’s Nuts offers three types of doughnuts: classic (R20), gourmet (R25) and decadent (R30).

The classic options are everyone’s favourite simple choice, the cinnamon-sugar or jammy doughnut (filled with home-made jam). The gourmet offering includes doughnuts topped with milk chocolate ganache and chunks of dark chocolate brownies, and one with a vanilla frosting, fudge and shortbread crumble. The decadent doughnuts also have milk chocolate ganache topped with either chopped nuts, white choc chips, flake and chocolate sauce, or rainbow vermicelli and choc chips with a Bar-One mousse filling. More creations are also on the way, including one with the classic pairing of bacon and maple syrup. 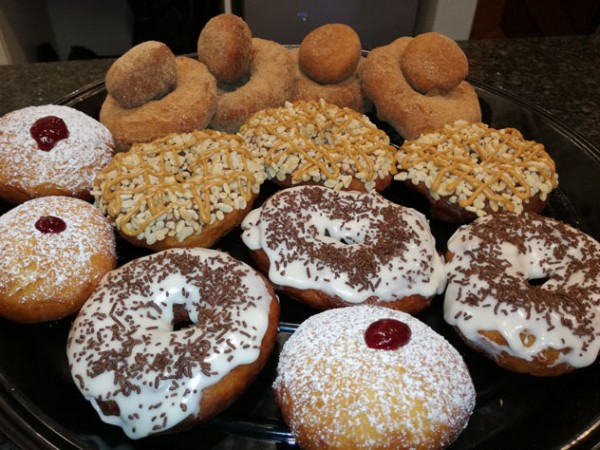 The cinnamon-sugar doughnut, however, is so good on its own that you might wonder at the need for any further toppings. The inside is light and springy and lets the sugar on the outside provide all the sweetness. It’s satisfying, and could easily deceive you into forgetting about any doughnut-associated guilt. If your diet isn’t a problem, we can heartily recommend the decadent brownie one, too. The ganache is smooth and creamy, topped generously with cubes of moist dark chocolate brownies. The doughnut beneath almost comes as a surprising extra. 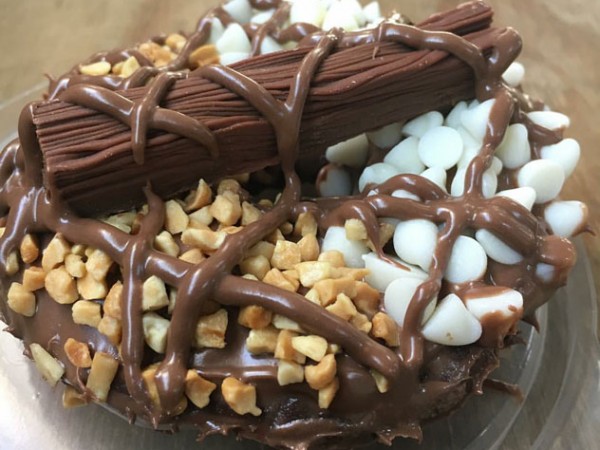 The bad news? You can’t just stop by whenever you have a craving. Because they don’t have a storefront, D’s Nuts operates to order, meaning you have to order a minimum of six doughnuts in advance. They are looking to partner with a delivery system, though, and David hopes to one day have a takeaway hatch, much like on the show ‘2 Broke Girls’. For now, you can place your order by emailing orders@dnuts.co.za.