Gorgeous George is a new downtown designer hotel in the heart of Cape Town’s city bowl that will officially open its doors on 19 April, complete with a swanky jungle-themed rooftop bar named Gigi Rooftop. 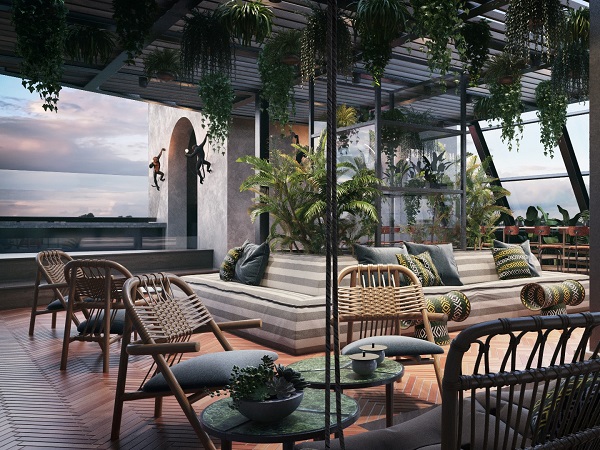 The hotel, which is situated inside two beautifully restored heritage buildings, will be a design-focused hotel with a contemporary play on South African heritage, and is set to open at 118 Saint George’s Mall. 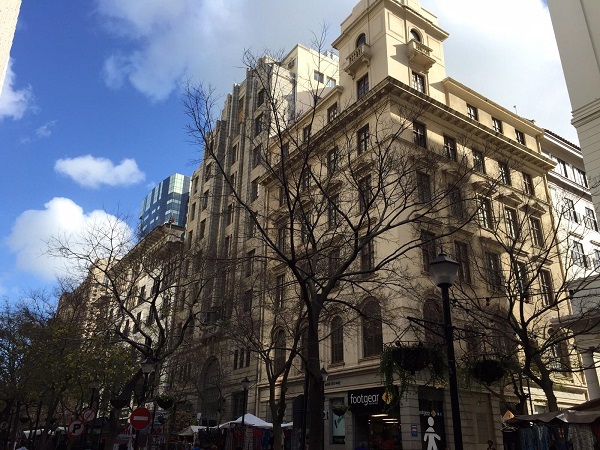 The exterior of the Gorgeous George hotel. Photo supplied.

The new development will also see the addition of Gigi Rooftop, a full-day eatery headed up by chef Guy Bennett (previously of Franschhoek’s The Restaurant at Grande Provence), which will launch on a yet-to-be-confirmed date following the hotel’s grand opening.

The new restaurant and bar, which will be situated at a prime position on the sixth floor, will offer breakfast and remain open through to dinner and drinks. The venue will also play host to poolside sessions, with a swimming pool and outdoor bar area for warmer days or sundowners.

While the menu is yet to be revealed, chef Guy Bennett – who cut his teeth in the kitchens of chefs Reuben Riffel and Bertus Basson – plans to create a seasonal and local offering with a fresh take on modern classics.

On the drinks side of things, the in-house mixologist, Jody Rahme – who has worked the bar at the likes of Sin + Tax– will be hand-pouring cocktails using the freshest local ingredients complemented by the best international wines and spirits.

Gorgeous George is the first hotel to join the Design Hotels™ stable and is set to open on 19 April, with Gigi Rooftop to follow shortly after. Stay tuned to Eat Out for further details.