Baking is back: 6 noteworthy pâtisseries in Johannesburg

Move over, macarons! Choux pastry is the next big thing, according to some pretty impressive pâtissiers in Johannesburg. We showcase six inspired pâtisseries whose baked goods are lighting up Mzansi right now. 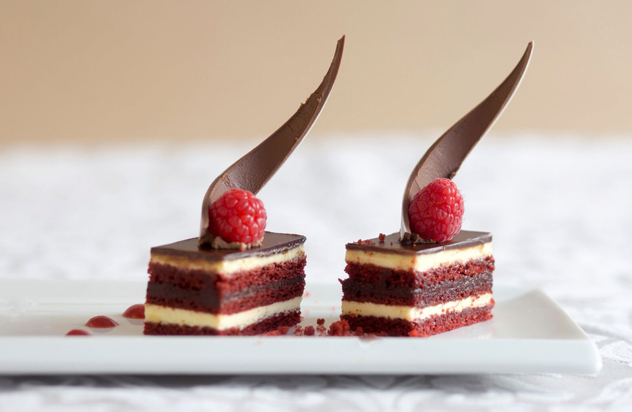 Chef Martin Ferreira is known for his V8 cake, with “eight different layers of vanilla deliciousness”. Only 27 years old, Martin qualified in South Africa, worked and studied in France and Switzerland, and trained under Swiss mastermind Urs Scheider. His area of mastery is Belgian chocolate and sugars and he considers the éclair to be the perfect test of skill and dexterity. His unbelievable designer éclairs are known even in New York. Martin left Eat Me in Lausanne and worked at Les Delice de France in Florida North, before opening his very own pâtisserie last year. All the fine French pâtisserie is made by hand. Fans love the gateaux opera cake – and those éclairs, of course.

Kelvin Joel is a media darling thanks to his talent, good looks and fantastic story of pulling himself back from the brink of drink and drugs destruction through his love of food. He studied pâtisserie and has plied his craft here and abroad. Kelvin now passes on his love of pâtisserie to others, especially those who have started life with setbacks. There’s lot of love in those cannoli, the Sicilian pastry spilling with sweet filling. Find a seat at the window and order them, or one of the other fresh pâtisseries of the day from the displays, to have with your coffee and WiFi. On weekends you can find the fab pâtisserie on the JCPS stand at the Braamfontein Neighbourgoods Market on Saturdays and at the Maboneng Market on Sundays. People currently clamour for the triple-chocolate confection of layers of chocolate brownie, white-chocolate mousse and dark-chocolate mousse, made with Belgian choc. It’s not difficult to see why. 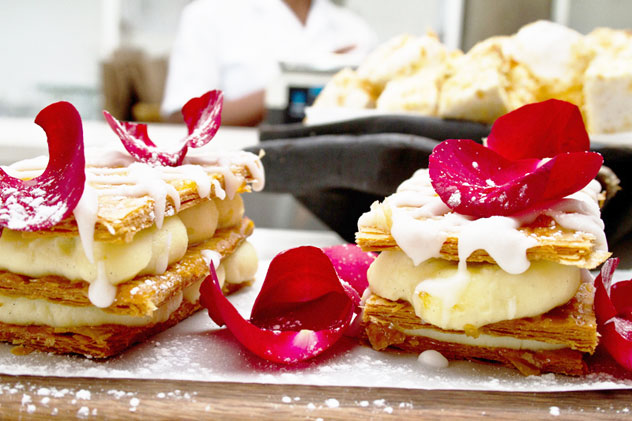 It’s no wonder her pâte sucrée is so famous when you hear what cred chef Danielle Postma carries. After studying at Prue Leith Chefs Academy, Danielle worked under Yotam Ottolenghi at Baker & Spice. She says the daily inspiration was so fabulous that it never felt like work. After producing exquisite items for Sally Clarke and working at Ottolenghi, she returned to South Africa, where she started producing her famous pâtisserie from Melville and then moved it into Moemas, named for her grandmother. Fans lust after Danielle’s gorgeous raspberry meringues, the lightest hand-piped, French choux-pastry doughnuts and her breathtaking petits fours. 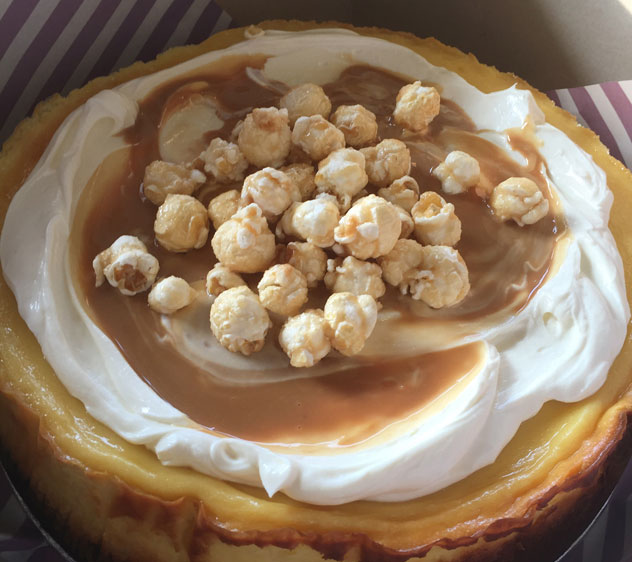 Oregano Catering and Patisserie in Linden

As a culinary arts chef, Lauren didn’t qualify as a pâtissier specifically, but morphed into one through practice in the family business, Oregano. When strolling from the cheese shop in Linden, it’s impossible to pass by this deliciously smelling patisserie without being led inside by your nose. Lauren is proudest of the soft, fluffy cinnamon rolls that she’s perfected from an old Norwegian method. What people keep coming back for, though, is her caramel-brownie cheesecake topped with caramel popcorn. Gluten-avoiding customers love her incredibly rich flourless chocolate torte and slices of orange polenta cake with cardamom syrup. 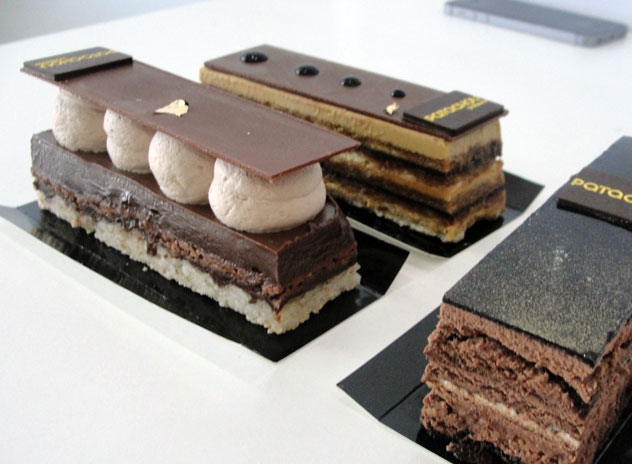 This beautiful pâtisserie also sports a boulangerie section. Patrick Moreau, the master pastry chef, worked at renowned pâtisseries of Paris, London, Bangkok and Las Vegas and then at Cassis in Cape Town. He has spent nearly 30 years in the pâtisserie business. Laurent Choukroun, originally from Reunion, put himself through the major pâtisseries of Paris, to emerge with his honours qualification and a love for breads. The two superb chefs come together at Patachou, a stylish Parisian darling, where they have just introduced coffees and teas so that customers can linger longer. Everything is handmade and a daily work of art – those very delicate mille-feuille and that greatest of French pastry triumph, the tarte citron, as well as gateaux opera, macarons and the divine choux pastry eclairs. In a short time, customers have developed such a taste for the viennoiserie, so buttery and flaky, that it is difficult for Patachou to keep up with demand for the hundreds of almond croissant orders.

The South African film industry became the poorer when Paul Zwick changed course and career, leaving to study at the Gastronomicon academy in Le Cap d’Agde in the south of France. He interned at a Michelin-starred restaurant near Nice and specialised in French patisserie; worked the pastry kitchen of yet another Michelin-starred place on the Riviera; and graduated from the Cordon Bleu School in Paris, having studied under the chef de pâtisserie of the famous Four Seasons Hotel Hotel George V. After four years in France and Switzerland, he apprenticed himself again, this time under one of the top chocolatiers. So our food world has become the richer for his talents. Johannesburg has become all the lovelier for Patisserie de Paris. It’s very French – with dogs and newspapers, eight different kinds of specialist croissants and coffee, and award-winning baguettes from the boulangerie section – except that the sun shines in. Today Paul supplies even the French Institute with their pâtisserie delicacies. Customers just love his choux pastry eclairs, the Paris-Brest – the pastries that must have inspired a thousand cronuts – and the utterly gorgeous croquembouche.