The best restaurants in the Eastern Cape: where to eat in 2016 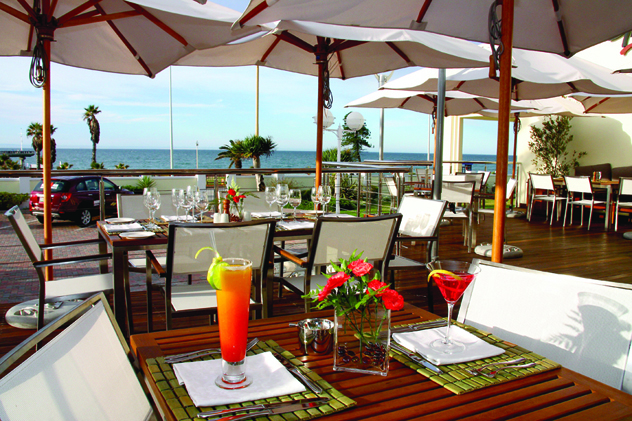 The view of the ocean at Ginger The Restaurant. Photograph courtesy of the restaurant

It may be famous for its big-name sons Mandela, Mbeki, Sisulu and Tambo, but its beautiful unspoiled coastline has been known to attract a holidaymaker here and there too. Here are the very best restaurants that can be found down the Eastern Cape coastline from East London, through Port Alfred and Port Elizabeth to Jeffreys Bay.

This list comprises all the Eastern Cape restaurants in the Eat Out 500, the best restaurants in South Africa as rated and reviewed by our critics for the 2016 Eat Out magazine. 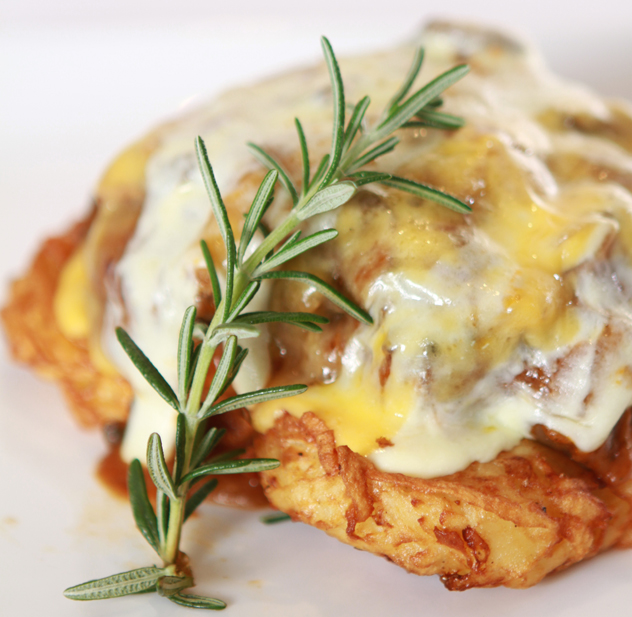 Breakfast at Grazia. Photograph courtesy of the restaurant

Grazia Fine Food and Wine (East London)
There’s something here for every taste. Try a hefty helping of pork belly with fluffy mashed potatoes and crisp, well-prepared veggies; marvellous curries (choose your own heat); and a bewildering array of seafood and fish dishes. Italian specialties make an appearance too. Find a spot outside under ample umbrellas, watching the dolphins, surfers or the odd yacht go past on the vast ocean.

Sanook Café (East London)
Crowds flock to Sanook for delicious, thin-based pizzas (also available on wheat-free bases) such as the Lover Boy with fig, camembert, rocket, caramelised onion and springbok carpaccio. Salads like the Cross-Dresser with biltong, blue cheese and pear keep light eaters sociable while everybody else tucks into beautiful burgers accompanied by sweet-potato skins. The space is presided over by an ancient tree adorned with fairy lights. In summer, get there early for one of the tables spilling out onto the sidewalk and soak up the last hours of daylight. 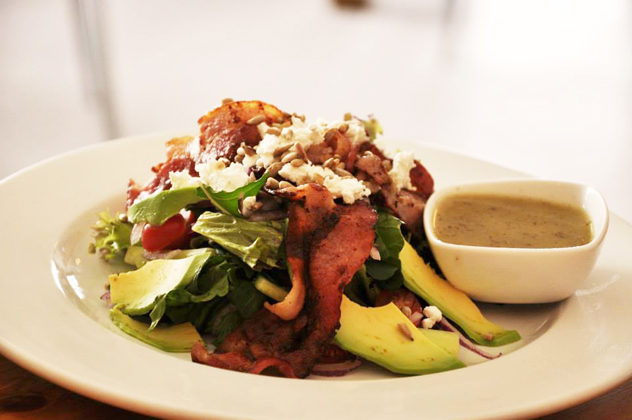 Bacon and avo salad at Sanook Café. Photograph courtesy of the restaurant

Kingston Farm (Bathurst)
Dining here is a delight to all the senses. Guests are treated to a set, seasonal meal, prepared with skill and attention to detail. The meal could include gnocchi with prawns, gruyère-cream sauce and heirloom tomato vinaigrette; a roasted, stuffed duck leg with parsnip purée, cherry chutney, shiitake mushroom jus and winter veg; and a dessert of salty caramel and dark chocolate torte with passion-fruit coulis, pistachio ice cream and droplets of bright pink rosewater syrup. White-draped tables, beautiful cutlery, bone-china side plates, sparkling glasses and fresh garden flowers invite guests to the feast. The farm also has beautiful guest cottages.

The Wharf Street Brew Pub (Port Alfred)
In true pub tradition, a pie of the day is offered, filled with ingredients like local duck, cranberry and port with a deliciously crusty, homemade pastry. Portions are hefty, but very few plates go back to the kitchen unfinished. Stalwart favourites like a club sandwich or fish and chips rub shoulders with mini espetada and fried polenta cake or snails in phyllo. The chef is famous for his incredible lamb shank and crème brûlée. During avocado season, patrons can also expect to see Mexican-inspired meals on the specials list. Wash it all down with beers from the microbrewery next door while the Kowie River quietly flows past just a few metres from the pub.

The House Kitchen and Cellar (Kenton-on-Sea)
Breakfasts are extremely popular: the voluptuous French toast with mascarpone and berries and the Mediterranean breakfast with roast veggies and pesto spooned over hearty slices of sourdough are certainly worth the wait for a table. Over weekends, the breakfast buffet will satisfy even the pickiest eater. Finish off with a Lindt chocolate brownie with crème fraîche, or the carrot, cranberry and baby marrow health cake. The small but superb wine list will not disappoint, and caffeine aficionados flock here for the superb coffee.

De Kelder (Port Elizabeth)
The kataifi prawns are an unusual and delicious starter; else be daring with a trio of warthog, springbok and crocodile carpaccio. For mains, the crayfish thermidor and the seafood extravaganza are worthy of a celebration, and the prawns De Kelder is a feast flavoured with black lava salt, peri-peri, garlic and lemon. As the name would suggest, there is a wonderful selection of serious wines, ranging from well-known to interesting boutique bottles. The theatrical flambé dessert trolley is as flamboyant as you’d expect. 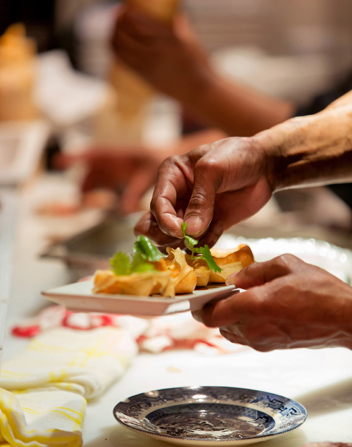 A chef performs his final touches at Fushin. Photograph courtesy of the restaurant

Fushin Sushi & Eastern Cuisine (Port Elizabeth)
Highly commended in the Asian category at the 2015 Best Everyday Eateries, Fushin is a paradise of Japanese cuisine. Chances are you’ll want everything, but a good place to start is the black-pepper chicken shāomài dim sum, tempura veg or fantastic ribs. Next, there are noodles, soups and exotic salads – or perhaps you’ve decided on California rolls? The cocktails are original and beautiful, and loose-leaf teas are just the thing to finish off after sushi. (They’ve opened a glam new champagne, sushi and tapas bar in Baywest Mall.)

Ginger The Restaurant (Port Elizabeth)
The ambitious menu is always something to look forward to. Feather-light blue-cheese tart with mini poached pears, salt-and-pepper squid on a delicate Thai salad, and Panko-crumbed prawns might kick off the delightful meal. For mains, vegetarians are looked after with a crusted roast vegetable Wellington and ratatouille sauce. The duck à l’orange is almost too beautiful to eat, as is the herb-crusted rack of lamb, pink and perfectly done. The star is homemade Spice Route ice cream made with a trio of ginger, cinnamon and fennel-and-honey ice creams. Ginger is beautiful and luxurious, with a sophisticated beach-house interior and ample use of glass. 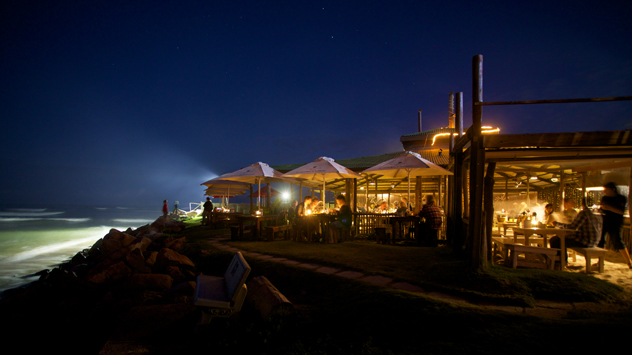 Die Walskipper (Jeffreys Bay)
You’ll have to hold back on the homemade bread and pâtés to save space for the meal. The shellfish platter might spoil you for any other: giant oysters and crab claws, scallops, crayfish, abalone, prawns, calamari and mussels. Don’t leave without trying the frozen nougat. Quaffers and serious wines appear on the wine list, but the novelty lies in drinking from little enamel mugs. Many of the waiters are barefoot on the beach sand. The sounds of the sea and happy families surround you.

InFood Deli, Bakery and Restaurant (Jeffreys Bay)
The exciting menu brings the likes of Argentinian chimichurri, flatbreads with mouthwatering toppings, and ciabatta topped with tender pork belly, honey roasted apple, caramelised onion and fresh rocket. Vegetarians will swoon over the cumin-honey sweet potatoes with Mexican refried beans, sour cream and gremolata. The patisserie counter is a must visit; don’t miss the Florentine slices with dark, bitter chocolate, the caramel-pecan tart and Kahlúa tart. Guests can sit outside on the veranda, or step down the mosaic-inlaid steps towards a shady courtyard.

This list comprises all the Eastern Cape restaurants in the Eat Out 500, the best restaurants in South Africa as rated and reviewed by our critics for the 2016 Eat Out magazine.

This is a mere taste of the jewels of this part of the country. Do tell us about your wealth of EC favourites in the comments below.