Breaking bread records during a pandemic

“It was always about the bread,” says Adam Robinson of The Glenwood Bakery in Durban. Adam, the heart and soul of the bakery, was born in the UK. After a burnout-induced holiday in South Africa, he fell in love with a piece of land in The Midlands, just outside of Durban. He put in an offer to purchase, and the rest is history, as they say.

The Glenwood Bakery came to life in 2013 in the same location it’s found in today. Glenwood is a leafy suburb with historical residential architecture – picture Dutch gables and mock Tudor houses with broad, rolling sidewalks. 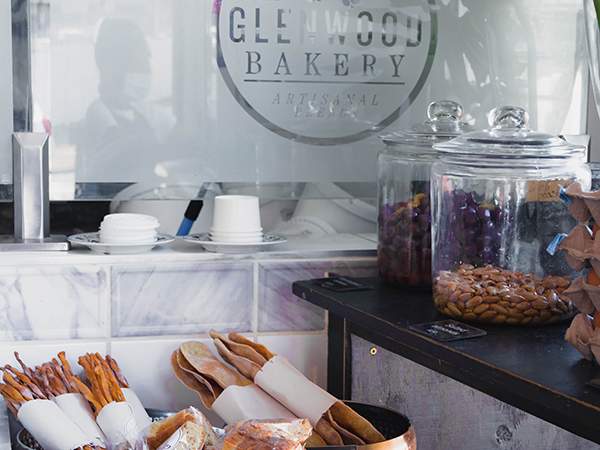 Adam spent the 90s working in restaurants in the UK. He was a line cook who had always enjoyed making bread, but when he found a corner shop in need of some TLC in Glenwood, he knew he needed to brush up on his technique before opening a bakery. As a lover of the English language and of reading books, Adam looked to the pages of The Bread Baker’s Apprentice by Peter Reinhart to brush up on his burgeoning speciality. He also spent some time with local bakers Fritz Schoon and Trevor Daly to perfect his technique because he saw and valued the visceral component to the art of baking bread.

“I thought I was going to make 30 loaves a day,” says Adam, thinking back to when The Glenwood Bakery first started. These numbers have since grown considerably, with Adam not only churning out loaves for the ever-buzzing cafe but also delivering to local artisanal stores in and around Durban.

Before the COVID-19 pandemic hit, with its successive lockdowns, The Glenwood Bakery was known for its pizza nights. It offered café-style dining to the sound of a local instrumental band out on the corner under the awning. It was a hub of activity as the street lit up and became a neighbourly night out within walking distance from one’s home.

Once the lockdown decree was issued, from a staff complement that he had built up to 20 people, Adam whittled down his operation to just three people, the way it had all started. This meant Adam was doing all the baking himself. But through the lockdown, people were forced to reignite their love for cooking for and eating in their own homes, and as luck would have it, their appetites for bread increased. This allowed Adam to bring back the bakers and operate at close to full tilt. “We sold more bread to individuals (because restaurants were closed) during lockdown than we ever have.” 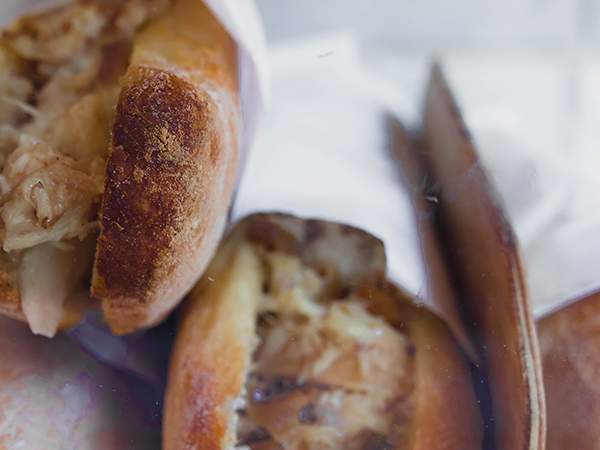 The bakery is now a delightful mixture of deli and bakery, selling homemade hummus, pomodoro, aioli, yogurt, kombucha, marinated olives, eggs and a selection of charcuterie and cheeses over and above the usual sourdough, rye, focaccia, simet, bagels and pastries. It went through a brief moment where it sold locally sourced fruit and vegetables, but after some harassment from the local authorities during the tumultuous beginning stages of lockdown, it became more stressful to incur the weekly patrols than to simply shut down that part of the COVID-inspired incarnation of The Glenwood Bakery and keep going with what worked – the bread.

Adam has also launched a self-published book about baking bread, which was perfectly timed with the public’s interest in banana bread and sourdough starter. A Book About Bread is a step-by-step guide to baking the perfect loaf. While this book was in the pipelines way before COVID and the rise of bread baking at home, Adam was inspired by the advice he dished out to his customers as they tried their hand at baking their own breads during the early stages of the lockdown. He truly believes in the tactile expression that bread offers and has had a few customers join him at the bakery to learn about the art of making bread. 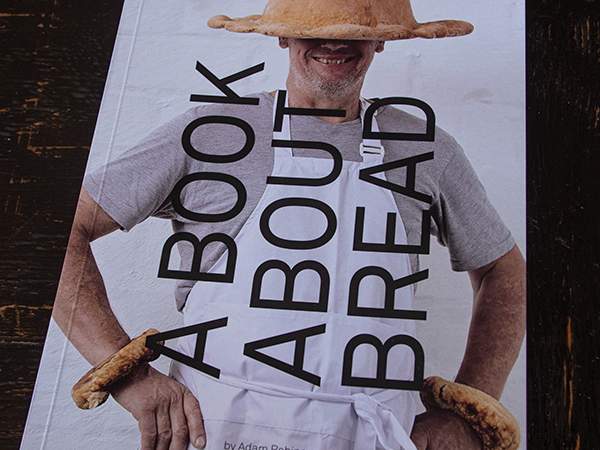 In the word of Juvenal, the Ancient Roman poet: “Two things only the people desire: bread, and the circus games.” So while the madness of the pandemic ebbs and flows, it’s deeply gratifying to know that Adam will continue to churn out freshly baked, comforting loaves.