Inspired by the impending Day Zero, local distiller Andre Pienaar of Pienaar and Son has announced that the brand will be releasing a Drought Edition version of each of its classic gins. 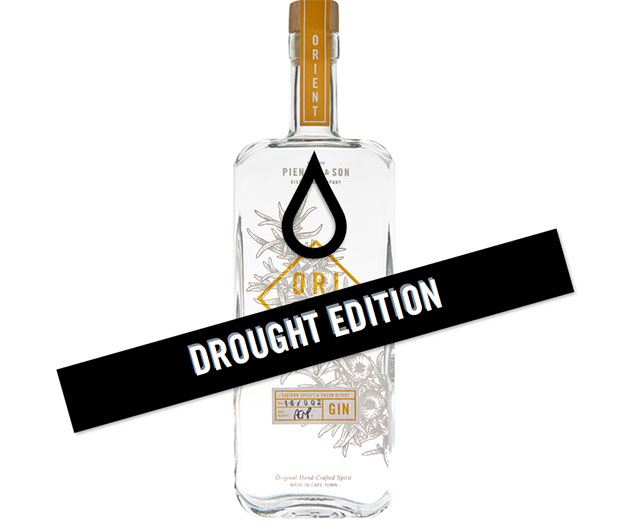 The new navy-strength gin won’t be flushed with water before bottling. Photo supplied.

The concept is a simple one: in the production process, gin comes off the still at a strength of around 80% alcohol. Approximately 200 litres of water is added per batch to dilute this gin to a drinking strength of 43% alcohol. Thanks to the drought, Pienaar & Son has decided to skip this step with a Drought Edition gin, simply bottling it at the initial phase with 80% alcohol.

But wait, isn’t that hella strong?

Not when you drink it with tonic, says Pienaar. Most gin drinkers pour a double shot of gin and then top up their drink with tonic water. Pienaar says that he was doing everything to save water in the distillery, but then realised that they were diluting gin only to see most drinkers pour double G&Ts. “It seemed so pointless. Over half a bottle of spirits at 43% alcohol is water. The water doesn’t add any flavour, it just dilutes the alcohol to a sipping strength, and I imagine only a tiny portion of gin drinkers are enjoying it neat,” says Andre. 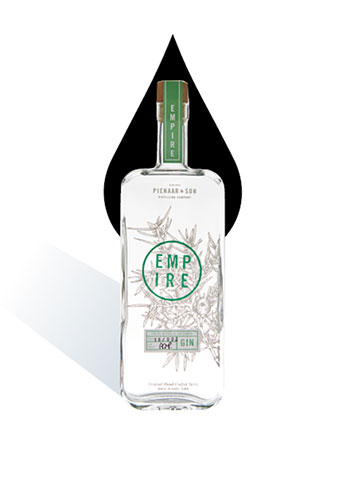 If you usually drink doubles, pour yourself a single and dilute with tonic, advises distiller Andre Pienaar. Photo supplied.

According to Andre, there’s no flavour variation at all if enjoyed in a gin and tonic.

When the gin is diluted to 43%, the alcohol and the flavour are diluted too. A single shot of Drought Edition gin will have the same amount of flavour and alcohol as a double shot of normal strength gin. So, when enjoying the Drought Edition, simply pour yourself a single G&T.

Pienaar and Son’s Drought Edition gin will be available at any good bottle store or online from 26 February. So you can sip on your gin free of water-related guilt.