La Tête | Cape Town loses a much-loved bistro, and the food scene will never be the same again 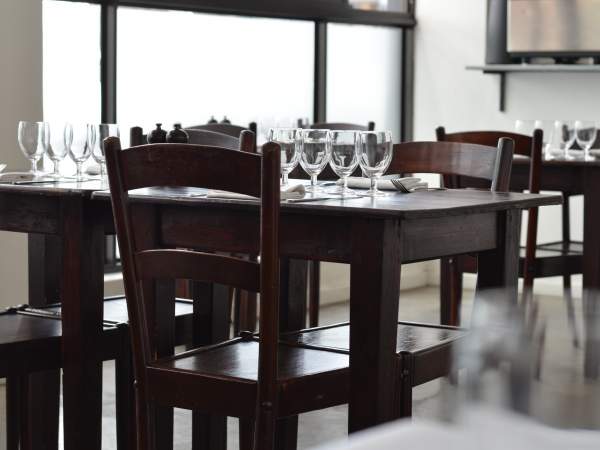 La Tête is a different kind of restaurant, the kind Cape Town hadn’t seen before. In late 2016 Giles Edwards opened the doors to his quaint bistro on a corner on the unfashionable end of Bree Street and the city’s food scene was never the same again.

The interior is a brilliant white with a cool grey cement floor, the furniture is sparse – chairs and tables in dark stained wood. Some are a bit rickety: they are the very minimum that a chair needs to be, but you didn’t come here for the chairs. Across the tables are draped white linen cloths covered with textured paper table covers, the kind you might find in a neighbourhood restaurant in Paris. They have a slightly embossed texture that crinkles deliciously when you smooth your hand over them.

The stark white walls are somewhere between chic minimalism and budget-conscious decorating. There is never any music, which left Capetonian diners feeling disconcerted but also thrilled about a new way to experience a restaurant.

La Tête was a blank canvas on which you could draw and imagine the kind of restaurant that you wanted. In the sunny Cape Town afternoons, it became a chic business restaurant bursting with expensive suits and luxury handbags. Patrons wore Patek Philippe watches and conference badges around their necks and carry folios of mining contracts and export deals.

In the evenings, the restaurant would prepare for a bumper service. Regulars would call for a table, and their names were written in HB pencil in a large page-a-day journal at the door. Crisp papers would be laid out across the tables, the bar was stocked with ice from the corner shop, and the jet-set of Cape Town would arrive for a dinner unlike any other.

La Tête was an unexpected winner at the Eat Out Restaurant Awards in 2017, placing at number 20. With nary a microgreen in sight or the whiff of dry ice, the menu was shockingly simple. Giles’s signature dish of Mussels, Leeks and Bacon is a creamy reduction of buttery leeks with fresh West Coast mussels finished off with crispy bacon bits, all served on a hunk of sourdough bread.

La Tête was one of the first ambassadors for nose-to-tail eating in South Africa, serving up crowd favourites such as ‘Brains on toast’ and chicken hearts in a rich, glossy reduction served with crisp fingers of layered potato. They served local fish, and fresh warm tomatoes straight from the farm. It was the kind of food you wished your French grandmother had served you, if in fact, you had a French grandmother. 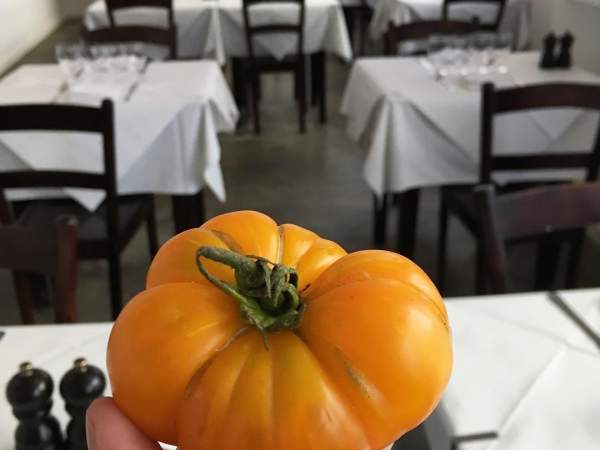 La Tête would go on to win two further consecutive Eat Out Best Restaurant Awards in 2018 and 2019.

I worked at La Tête as a part-time waitress for a few months in the summer of early 2019. I was writing full time, but I missed the rush of a service, the buzz of a full restaurant and yes, perhaps even the shouting in the kitchen.

Every Friday I would work a full day at my office job, and then at about 5 pm I would change my shirt and shoes and walk into La Tête to help with the dinner service. They are a small team at La Tête and you can see almost all of the kitchen from the front door. As soon as I put on that apron for the first time, I knew that here was something different.

Giles didn’t stand for any of the bullshit that was ‘normal’ in other restaurants. There was no shouting, no dirty remarks or bold groping of the female staff. He wouldn’t stand for it, and everyone knew it. He trusted his staff, perhaps sometimes naively, but no one dared to disappoint him. His right-hand man, Siviwe Jaxa was always a step away, a quiet rock of a man with a beaming smile and tough work ethic.

After a lifetime in restaurants, I called him Chef by instinct and with a touch of fear. Yes, Chef! No, Chef. I’ll check, Chef. Every time he would look up at me, puzzled and tell me “my name is Giles, not Chef”.

Giles’ food is simple and honest. His dedication to local farmers and winemakers is at the heart of La Tete.

He would talk to the serving staff before every service and quiz us on the provenance of the ingredients. Not just the fish or the meat, but the tomatoes, the seaweed, the cheese. He once served up a taster of crispy deep-fried lambs brains at one of these briefings, and I was adamant that I wouldn’t back down. I went in for a forkful, with a smear of sauce gribiche I think, and even though I was scared it was damned delicious.

He paid his staff fairly, fed them well and always had a splash of wine to share with them after a good service.

Every plate was embossed with a navy-blue rim and the La Tête logo. It was the one nod to decoration in an otherwise nude space, and they soon appeared all over social media. What will become of those plates now? Will we collect them, as souvenirs from a pre-coronavirus age like concert tickets and stamps in our passports? 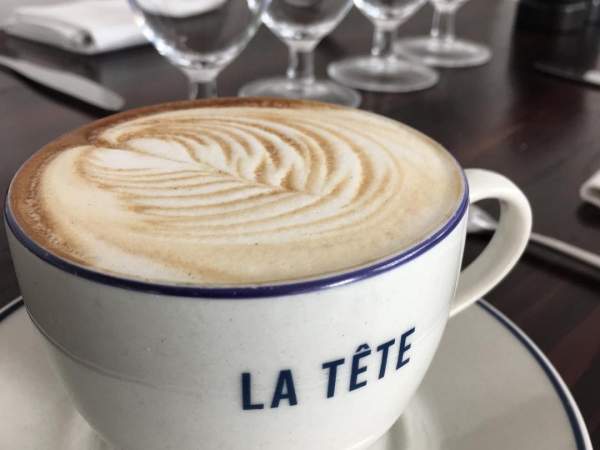 In an Instagram post late Wednesday, Giles said “Please join us for one last hurrah in these last few weeks as we say goodbye. We will be serving some of our favourite dishes for our final weeks of trading. Our last service will be dinner on Saturday 6th of February… and we hope to see many of you over these last few weeks!”

Whether you are an old fan, or never had the chance to dine with the team at La Tête, now is your chance to reserve a table.