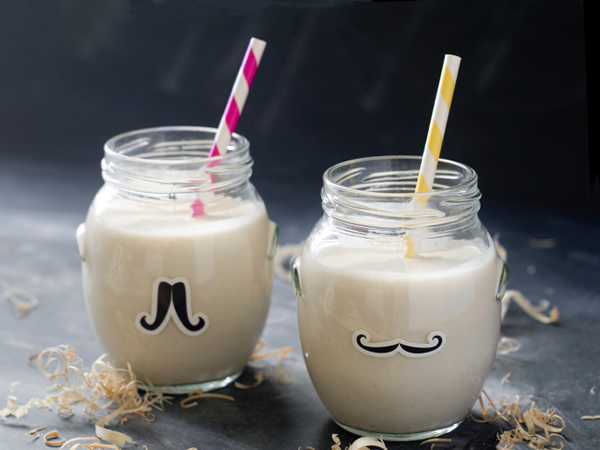 What do the words ‘don pedro’ evoke for you? Maybe you feel the need to correct the spelling to ‘dom’, or you’re pondering when you last had one, but chances are you’re thinking fondly – and with nostalgia – of this truly South African drink. We set out to discover more about its origin and legacy.

What is a don pedro, anyway?

For our readers across the globe, a don pedro is a grown-up (read: boozy) milkshake, usually served in a stemmed glass. It calls for a splash of hard tack or sweet liqueur mixed into ice cream, with a bit of cream to make it sippable through a straw. While the original don pedro uses whisky (more on that later), many recipes call for Amarula or Kahlua instead, or maybe even Amaretto, Frangelico or Jägermeister (no judgement), if they’re being really fancy. Basically, if it’s in a glass and contains ice cream and alcohol, you’ve got yourself a don pedro. It’s a great South African cocktail: a true leveller, beloved by young and old.

The word cocktail might be a misnomer, however, depending on its consistency and the volume of ice cream involved. Michael Olivier, a former chef and restaurateur who received our 2013 Lifetime Achievement Award, says, “I don’t view it as a cocktail, rather as a dessert. I used to serve one called Michael’s Mud, which I made with chocolate ice cream and Kahlua.”

But who made it first?

“I first heard of and tasted the don pedro when Danny Ferris owned Belinzona restaurant in Blouberg in the 1970s,” Michael tells us. Peter Veldsman – owner of Emily’s in Cape Town and veteran chef, decorated cookbook author and former food editor of Sarie – confirms this story. He remembers Danny going on holiday to Scotland and his tales of the whisky distilleries he visited. At one of them he poured the whisky over some ice cream, and the don pedro was born.

“I don’t think he realised how it would take off,” says Peter. “The don pedro is the most copied restaurant creation in our culinary history – it’s very much a South African thing.”

Tamsin Snyman – culinary consultant, regional chairman for World’s 50 Best Restaurants, and owner of Lannice Snyman Publishers (named for her mother, the cookery legend) – says she first tasted the drink as a youngster at home. “My family were don pedro addicts, and my dad made the very very best don pedros in the world. I thought it originated from my family home – my father was the cocktail king of my life!”

Tamsin explains that don pedro recipes have appeared in her mom’s cookbooks since 1979. The recipe for this ‘adult milkshake’ from Fine Dining by Lannice Snyman (1985) calls for a sprig of mint on top, a garnish truly reflective of its time.

South Africans were not the first to play around with liquor in their cold or hot drinks, however. In the mid-19th century, the heyday of the Viennese coffee house, cocktails of coffee and rum were popular, topped with whipped cream and served in a glass. In 19th-century France, a mixture of coffee and spirits was called a ‘gloria’. More recently, don pedro’s first cousin, the Irish coffee (coffee mixed with Irish whiskey and topped with thick cream) was invented in County Limerick in the 1940s. The don pedro, then, joins this list as a Mzansi original, circa the 1970s.

So is it don pedro or dom pedro?

“It’s don as in mister, not dom as in the clergyman,” Peter insists. Michael weighs in: “Dom or don, I don’t think it really matters, but Danny called it don pedro, as in Spanish for Count Peter.” Conversely, Tamsin’s family has always called it dom pedro, and menus on Eat Out’s database tend to favour the latter spelling. But luckily, even if you mumble a little when you say it, everyone will know what you mean.

Is it retro-cool or just plain passé?

Michael says that as long as people like ice cream, there will be a place for the don pedro. “There will be the twists and turns with ingredients, and some will huff and puff about it not being original, but it’s a fun dessert.”

Tamsin remains devoted to it. “I serve it still today at dinner parties, but always make it with half whiskey and half Kahlua – that’s the only way to drink it.”

While you won’t find it at fine-dining restaurants or über-trendy bars, the don pedro makes an appearance everywhere from Chicago’s Piano Bar (where you can get a Frangelico version made with strawberry ice cream) and Eastwoods Tavern (made with Nachtmusik or Strawberry Cape Velvet) to Cafe Rousse (in addition to the usual, there’s a ‘dom coffee’ made with whiskey, Amarula and a shot of espresso) and Restaurante Parreirinha (where the house speciality don pedro is made with 1920 brandy).

We’re confident the don pedro legend will live on, and that any barman – at any restaurant in the country – will be able to make you one, should you say the word.