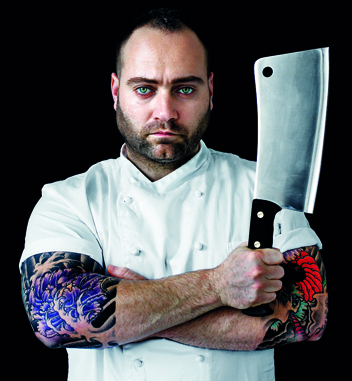 Cape Town’s hippest baker has taken over one of Cape Town’s hippest craft beer joints. This comes three years after Jason Lilley opened Jason Bakery (now a Cape Town institution) beneath what used to be the Jardine restaurant space on Bree Street. We asked Andy Fenner, his friend, cohort and the city’s hippest meat merchant, to get the scoop over a cold one.

Andy Fenner: So, dude, the first time I met you we were sitting right here at &Union. Now we’re back and this place is all yours. I guess the obvious question is: why buy a bar?

Jason Lilley: Well, if this were any other bar selling any other beer I wouldn’t even have considered it. But I love this beer. I think it’s hands-down the best craft beer available locally. And it’s a killer venue.

AF: I suppose there are similarities in the baking and brewing fields? You do everything you can to source the best ingredients and apply proper technique.

JL: Exactly. Not too many people know how much effort goes into a Brewers&Union beer, but it’s months and months of recipe teasing and development. Flights to Bavaria. Tastings. Tweaks. It is a serious business and that dedication to making the best product is something I can relate to. 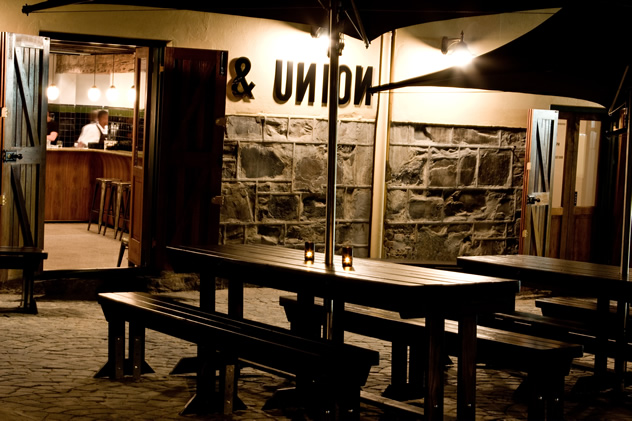 The entrance to &Union

AF: What changes have you got in mind for the physical space?

JL: Well, first we need a proper kitchen. Decent bathrooms, too. (No more awkward conversations with strangers while you queue for the toilet.) We’ll be opening up onto Bree Street eventually, with two entrances. We plan on ramping up the wine offering and introducing a bit of whiskey; each section will have its own vibe. Basically, everything needs to be the best of its kind and the physical space will showcase each item. But whatever we do, we need to do it gradually.

JL: Ha ha. We just want to make everything better. We want to take it to another level and create a restaurant that’s amongst the best in the CBD.

AF: So this is going to be a restaurant supported by great beer, not a bar supported with some food.

JL: That’s 100% what I want to do here. I think we can get people from all over the world coming to visit. This is not just a place that’s going to survive on sandwiches. I want to push myself and I want to provide something really special for Cape Town.

AF: It’s definitely the right site. You often talk about global cities and the fact that they all have an authentic, gritty food offering in the middle of town. Are there any specific places that you’re drawing inspiration from?

JL: Joe Beef (Montreal) is a big one. Those dudes can cook. Also, Fette Sau (New York), Pitt Cue Co. (London). I like what they’re doing. 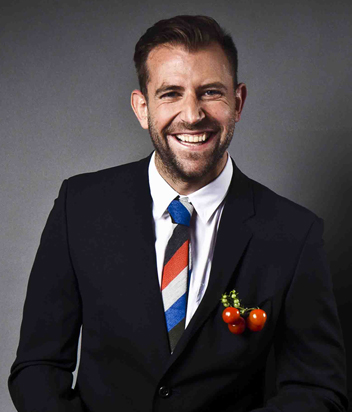 AF: What’s cool about those places you mention is that they’re all started by ex-chefs who just got tired of doing fancy food.

JL: Yeah, I’ve got no interest in doing something poncy. Simple food, but cooked with passion and pride – that’s what this place is going to be. I can also just do what I feel like. If it’s pouring with rain I can knock up a big batch of coq au vin and serve it in bowls with bread. Simple. I can cook a big pot of cassoulet, or cold pork pies. Chorizo and clams? Why not. A whole pig? Sure. It’s going to be epic.

AF: And I’m assuming a lot of beer worked into those dishes. And a bit of theatre with the food prep?

JL: For sure. It will be very visual. Lots of interaction and ‘live’ cooking. Smokers and a grill will allow that. We’ve already tested the waters by roasting one of your [Frankie Fenner] pigs on a spit. The day was a runaway success and we’ll do it again pretty soon. Maybe with lamb, though.

AF: Well, it sounds super exciting, mate. Who knows what we’ll be talking about in three years’ time?

JL: Well, I’ve run out of money, so maybe you should buy something? Meat and bread is an obvious fit…

So folks, there you have it! Spit-roasted pigs, top-drawer brews and loads of attitude is what you can expect at the new improved &Union in the coming months. See you there soon.