Double-Michelin-starred Belgian chef Piet Huysentruyt will open a two-week pop-up of his Likoké Restaurant at The Conservatory on Happy Valley Road in Franschhoek at the end of February 2018.

The pop-up is a visiting version of Piet’s Michelin-starred restaurant of the same name, located in Les Vans in the Rhône Valley in France. This is the last stop of a pop-up tour around the world before the team heads back home. The first destination was the chef’s native Belgium, followed by stints in Japan, Indonesia and Singapore. The Likoké team is being followed by a TV crew, writer and photographer with a view to publishing a book about this culinary world tour. 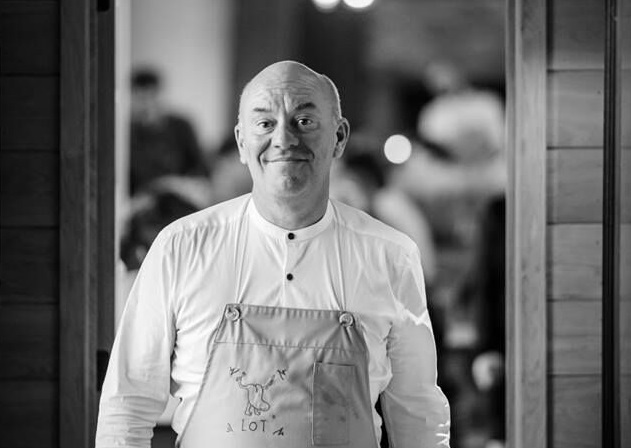 This African stop has particular emotional significance for Piet, as Likoké carries the nickname that his father was given in the Belgian Congo, where he owned a coffee plantation. While the first Belgian pop-up menu was similar to that of Likoké in France, with dishes that pushed boundaries like langoustine/pig trot and lobster/black sausage – Piet lays claim to being the first to highlight surf and turf as a concept – the Franschhoek offering will draw from Piet’s Congolese roots with the use of coffee elements and the introduction of traditional dishes such as moambe (chicken stew). It may also feature appearances of SA favourites like biltong, boboti and koeksisters.

One of Likoké’s dishes from summer 2017. Photo by Pieter D’Hoop.

Along with having earning two Michelin stars, the celebrity chef has created more than 20 cooking shows and has sold more than 4 million books. Likoké is currently ranked 39th on the WBP Stars list of the world’s best restaurants.

Likoké in Franschhoek will be open for dinner from Tuesday to Saturday, between 28 February and 15 March. (Lunch might also be a possibility, depending on demand, from Thursday to Saturday.) A 12-15 course set menu will cost R1250 per person (R1900 with wine). Local Franschhoek wines will be on offer, as well as a merlot from The Conservatory. Online bookings can be made here.