Thirsty Joburgers, we have good news: On Wednesday 1 March, 4th Avenue in Parkhurst will transform into a wine-themed paradise as Tuning the Vine comes to Jozi. More than 20 producers will set up stands at the restaurants along the popular street and offer tastings to ticket holders. 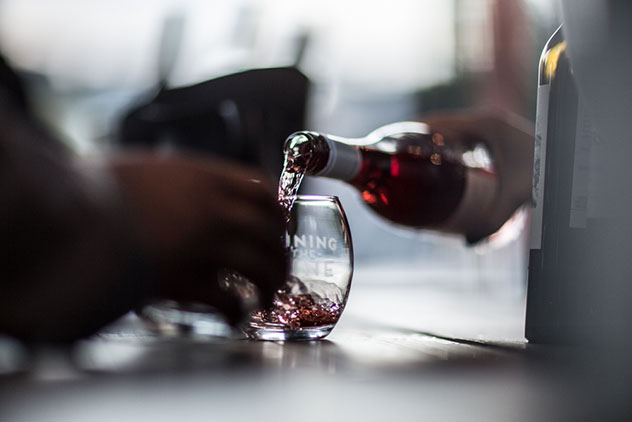 More than 20 wine producers will take place in the inaugural Tuning the Vine event. Photo supplied.

A festival that invites grape lovers to visit participating restaurants along a pop-up wine route in the city, Tuning the Vine first launched in Cape Town in 2015 and has grown into a popular event, with crowds thronging Bree Street at the regular evenings.

The Joburg route will include restaurants and stores such as The Art Room, Bottega Cafe, Bistro Vine, Classic Bond, Vovo Telo, Yume Sushi, Craft, Cafe del Sol TRE, Dry Dock Liquour, Coobs, The Beautiful Life Store, Hudsons The Burger Joint and White House Interiors, and will run from 6pm to 9pm, after which food will be on offer at the participating restaurants. 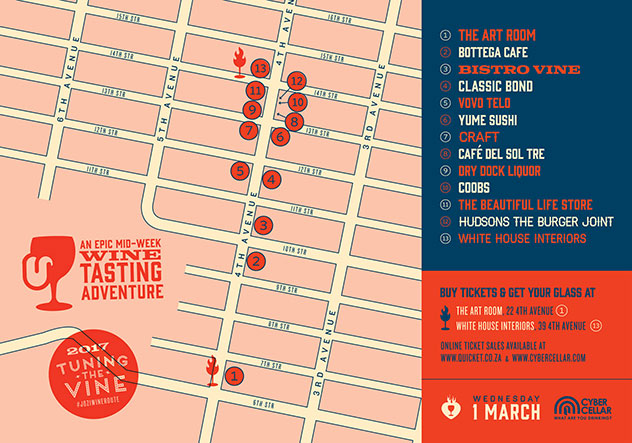 Tickets to Tuning the Vine in Parkhurst cost R250 per person and can be bought online at Quicket, or from The Art Room and White House Interiors. Prior to the event, revellers will collect a map, tasting glass and a wristband that acts as a passport for tastings at each of the participating venues. 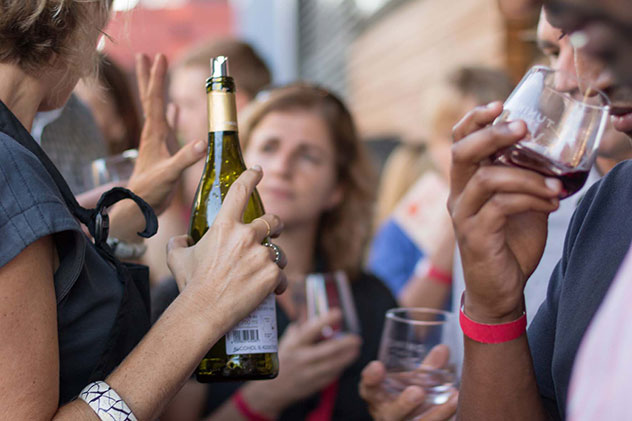 Prior to the event, revellers will collect a map, tasting glass and a wristband that acts as a passport for tastings at each of the participating venues. Photo supplied.