The pop-up dining experience is still on trend. Part of the appeal is the adventure, the exclusivity and the excitement around a fleeting event that can pop up today and be gone tomorrow.

In South Africa, the pop-up dining movement has also essentially been entrepreneurial. This rang truer in the past two years when the restaurant industry needed to innovate and survive to keep going.

Chefs who were forced to close down were seen popping up at other places, with others creating a dance of two cities between Johannesburg and Cape Town.

Owners of the eco-stylish Peech Boutique Hotel in Johannesburg’s Melrose suburb, James and Vicky Peech, with the hotel restaurant Basalt offered a lifeline to chefs with their exciting guest chef pop-up dining series in late 2020.

The series, which gave Joburg diners a chance to experience their favourite chefs in action again, featured Tyeye Ngxola and Tim Steward (the duo behind Melville’s closed La Petite Maison); the husband and wife team behind another previous Jozi favourite, Farro restaurant, Alex and Eloise Windebank; and the critically acclaimed Candice Phillips, formerly the executive chef at Grei at the Saxon Hotel.

“Following the guest chef pop-up dining series, we agreed to a partnership with Chef Candice who came in (originally for three months last year) to do a Chef in Residence from April to June. We then extended to the end of year. We have now renewed our partnership with Chef Candice as our Head Chef in Residence at Basalt for 2022. We are uber excited about this,” reveals Vicky.

Chef Candice won the Best Pop Up Dining Experience at Basalt Award at the Luxe Restaurant Awards in 2021.

The Windebanks recently made exciting headlines with news of the re-opening of Farro at the Gabriëlskloof Wine Estate in the Western Cape in April 2022. This comes after the husband-and-wife duo ran a successful fine-dining pop-up for four months at Café Frank in Cape Town. 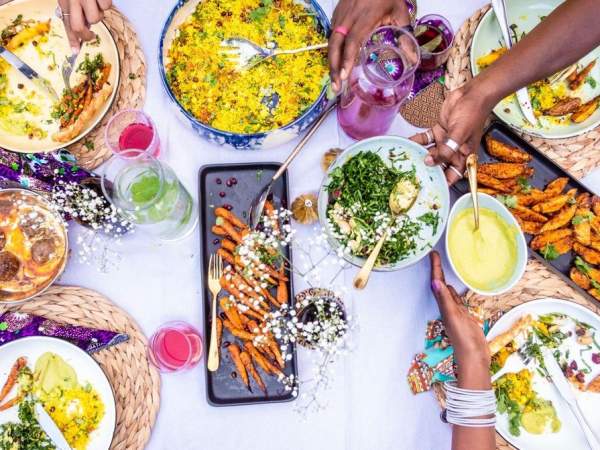 A glowing development has been seeing pop-up restaurants progress from being temporary, short-term endeavours to being permanent fixtures.

Shining examples include Siba The Restaurant by food darling Siba Mtongana and The Melting Pot by Chef John Van Zyl (both in Cape Town), as well as The Forum Kitchen and Mpho Phalane’s Food I Love You in Johannesburg.

Mpho is a self-taught chef whose story represents the idea of pivoting towards passion. She left media and advertising to connect with her first love: food. With her Food I Love You catering company, she ran a successful pop-up for a few years from her private dining space at Joburg’s Victoria Yards – the integrated urban complex boasting visual art, artisan studios and urban farming in the eastern inner city.

At the heart of her pop-up restaurant, which occurred every first Sunday of the month, was the drive to have people’s identities, especially families, reflected and connected to the meals – creating food that made people feel at ease. Her huge harvest table was a wholesome, warm and experimental affair.

Mpho continues with this ethos as she prepares to open her new permanent restaurant at Constitution Hill called Food I Love You Kitchen, which will have a test kitchen studio dedicated to honing emerging young talent.

The Forum Company specialises in curating inspired pop-up dining experiences in Johannesburg. Over the years, they have created underground dinners at the Turbine Hall, farm-to-table events, picnics and pop-up restaurants at various events. Due to the success of their farm-to-table pop-ups, The Kitchen at Lantico Giardino was created and has now become a permanent feature. The outdoor restaurant set in the beautiful countryside of Lanseria is open on weekends (Saturdays and Sundays from 8am to 4pm) and public holidays. 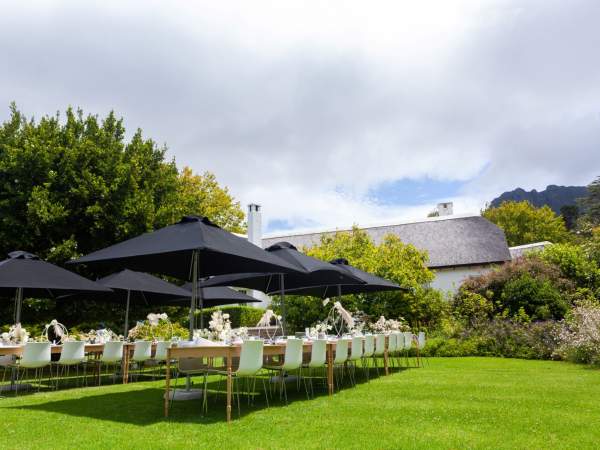 After the success of his pop-up in Cape Town’s Loop Street, Chef John Van Zyl turned his popular endeavour into The Melting Pot Cafeteria, initially at Wale Street, before settling at the Oak Valley wine estate in Grabouw.

His is a celebration of global street cuisine refined on a plate and inspired by his travels.
“We’re completely far from a conventional wine farm restaurant,” Chef John says. “We have the same food covering worldly cuisine in a very different setting. We have just added a few things, such as oysters, Middle Eastern meze boards and cheese boards, and increased our dessert dishes. Our key principle is to keep everything accessible. Our offering is affordable to most people. With our location now, you’re sitting next to the pool in a relaxed vibe that is not pretentious.” 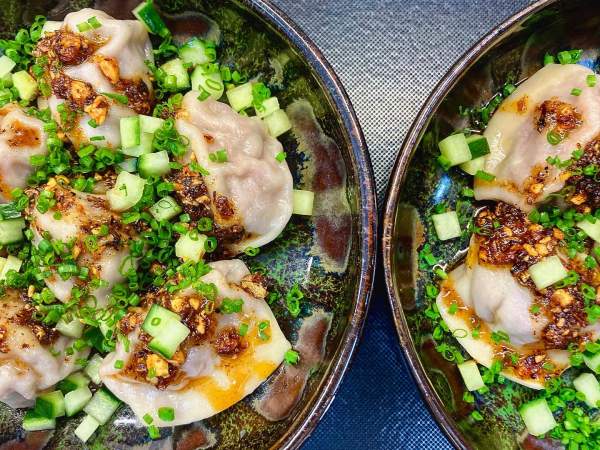 For Siba, opening a fine-dining restaurant had always been on the cards. 2020 was the year earmarked for its grand opening with the first one being in Joburg, and with a prime location already secured in Sandton. However, Covid-19 interfered with those plans.

“For a period I parked the idea, but later that year we pursued it again in hopes of still fulfilling that goal. In the process of searching, I found a premium location that was well suited for the restaurant, in Cape Town at The Table Bay Hotel at the V&A Waterfront,” Siba shares. “The tricky part was that we were in the middle of the pandemic with so many restaurants closing down and we were not 100% certain that the timing was correct. The best way to prove or test the concept was to first start it off as a pop-up to see if people were comfortable enough to be eat out at the time. That’s how Siba The Restaurant pop-up came into being, which is now a permanent fine-dining restaurant.”

The remarkable success of Siba The Restaurant pop-up in the thick of the pandemic is what encouraged Siba to put a stake in the ground by running the restaurant independently on a permanent basis.

“Our company could now invest in it further through renovations, team training and more to give our patrons the premium fine-dining experience we have always envisioned as The Siba Co Group,” she says.

Siba notes that pop-ups have been an entry point to the restaurant industry for many locally and internationally because it is a low-risk testing ground for proof of concept. With the transition from pop-up to permanent restaurant come structural and operational changes.

“You don’t work with an end date in mind. It’s forever – you need to continually train and innovate to exceed the standard with which you started as a pop-up. It also means a full time commitment on all fronts as a very hands-on executive chef and operator,” Siba says.

Speaking on the ethos of the restaurant and how that influences the menu, she emphasises that it is embedded at the core of who Siba the chef is and what the brand represents.

“Siba The Restaurant is a celebration of my food heritage and influences from my world travels, fusing them together in an authentic way to create a unique fine-dining experience. You will see this through every dish on each of our seasonal menus. With my world travels, I found that African cuisine is not well represented, especially in fine dining, and I wanted to elevate it to a world-class standard. I believe I have achieved this as many patrons have given some of our signature dishes nicknames such as a ‘dombolo (steamed bun) that went to private school’ and our ‘samp and mushroom risotto that went to Harvard!’” Siba says.