The accidental foodie: Stars of the sea at Pesce Azzurro in Woodstock

“They don’t know Abigail” was my first thought as the waitron showed us to our table at Woodstock’s popular seafood restaurant. This makes for a great relief, as today Abi is my guest, and I love the fact that we can be anonymous diners. 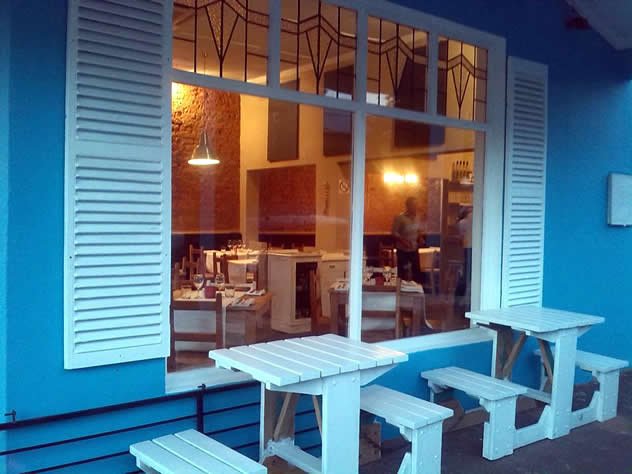 Outside at Pesce Azzuro. Photo courtesy of the restaurant.

I invited Abigail Donnelly, food editor of Woolworths TASTE and editor and chief judge of Eat Out for a working lunch, and she could choose where we were going. First option was The Cousins in the Cape Town city centre, but unfortunately, it’s not open for lunch. Next up, staying with the Italian theme, was the much-praised Pesce Azzurro.

Both of us are a little nervous about the Woodstock eatery that opened a couple of months ago. One or two reviews raved about the food; some others were not all that complimentary about the service. 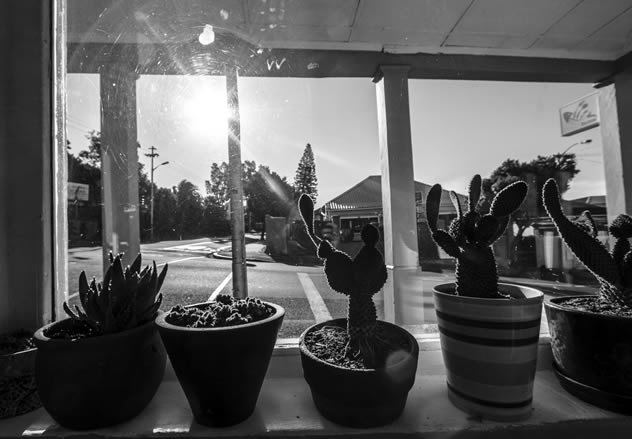 A view through the window at Pesce Azzuro. Photo courtesy of the restaurant.

But today we cannot wish for better service from our Italian waitron, wife of one of the owners, Giuseppe La Gattuta. Not that booking is a requirement on this sunny Friday, with a couple of people grabbing the welcoming sunshine opportunity on the stoep outside, and two more tables filled with happy-looking older men inside.

Our caprese comes out first. “I love that it is so deconstructed,” says Abi. The green olives sliced and depitted, capers on the side. Buffalo mozzarella and, she explains to me when I ask, poached rosa tomatoes.
“And are these sundried?” I point towards the other tomatoes on the plate.

“Slow oven-dried,” declares Abi. “With lemon juice and salt crystals on the side. Excellent virgin olive oil.” The next day in the office she still talks about the caprese special that was so good. 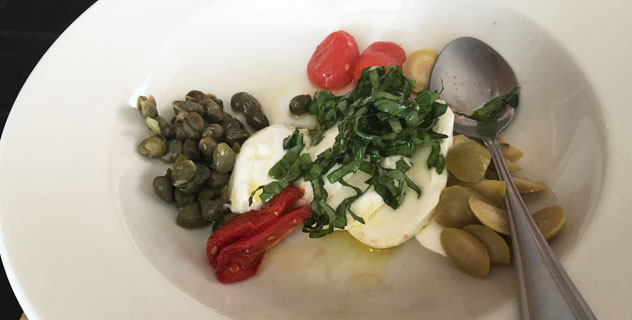 I can’t get enough of it, but now have to make space on the table for the incoming tuna carpaccio, a whole plate full of it, with a lemon on the side. Fresh and delicious, just the way I like it.

We order a Merwida Chenin Blanc. “Anything but sauvignon,” said Abi. It probably is a bit expensive at R150 a bottle, but so yummy. Neither of us know the wine from Rawsonville  – or Breedekloof, as it says grandly on the bottle. I will certainly make a point of finding it in future.

For main course we go for the highly recommended spaghetti scoglio – the pasta is served with a bit of olive oil, clams, mussels and calamari filled with small poached tomatoes. It’s so delicious it melts in the mouth. The clams are a surprise and so flavoursome; the pasta so creamy without a drop of cream close to it. “Beautiful mouth-feel,” says Abi. 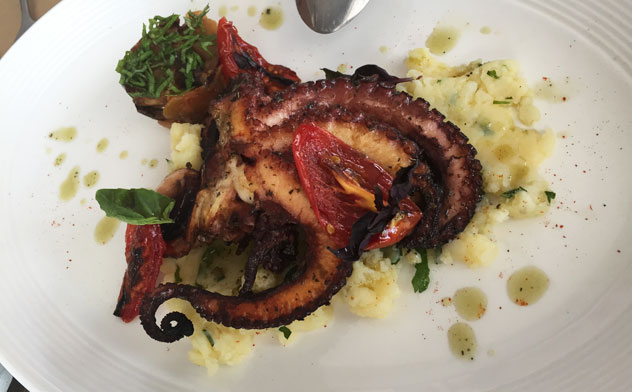 Lastly, almost as an afterthought, we try the octopus. It has been poached and then grilled, explains Abi. It’s tender, smoky and absolutely delicious, served with a typical Sicilian caponata. One of the owners comes from Palermo, says the waitron, as if I should know what she means. But Abi clearly does and nods, impressed. The other owner and chef, Andre Volpe, hails from Tuscany.

“I come from Rome, so I like carbonara – but the scoglio is very good,” said the waitron, looking pleased with herself. 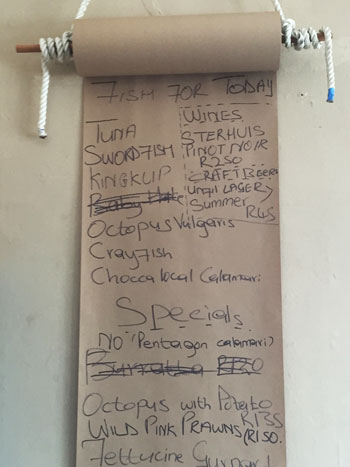 The menu on the wall. Photo by Irna van Zyl.

The menu is scribbled on a roll of brown paper and scratched through, looking like somebody’s notepad. Simple food, without fuss.

Simplicity. One of the biggest trends in food, Abi tells me when I ask.

I will certainly be back. Often.

Cost: R600 including tip and bottle of wine.