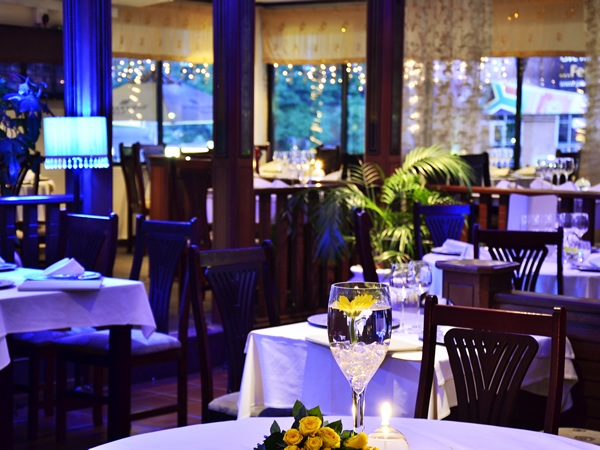 The food at Geet is a celebration of the whole of India. Chef Gita Jivan regularly visits the country to satisfy her hunger for knowledge about the cuisine, returning to translate what she’s learnt and the inspiration that she has gained into a new take on Indian food.

The extensive menu offers huge variety, and many dishes have different protein options such as lamb, chicken, fish, prawns or even ostrich. The menu opens with a vegetarian starter section, including such unusual delights as little beetroot, sweet potato and corn cakes, pan fried and served with raita, or rajma sircot tikka from Uttarakhand, which are elegant paneer-stuffed mashed potato croquettes, deep fried and served with red mint chutney. 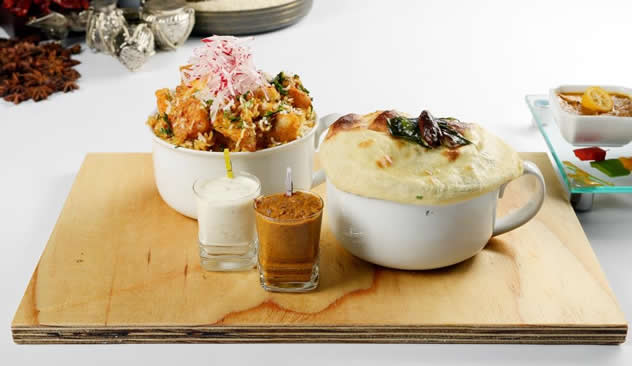 A pot pie at Geet. Photo courtesy of the restaurant.

You could also take a short cut by opting for one of several set menus. Start with the most delicious chicken and lamb soup that justifies the reputation of the healing properties of chicken broth: Geet’s is made with fresh ginger and served with a honey, coriander and black sesame naan, given a modern twist by the addition of a vegetable brunoise and edible flowers on the side.

A seafood dish at Geet. Photo courtesy of the restaurant.

A large slate tikka platter comes sprinkled with broccoli soil and an array of tikka and kebab (patanga, meat anarkali and chicken dilkhush). Alternatively, order an individual charcoal burner per person to finish cooking a fabulous piece of kingklip, a prawn, or a delicious, smoky cheese-filled tomato. For main course, choose from various curries from several Indian regions.

While you may be hard pressed to find the space for dessert, the chocolate coconut samoosa should not be missed.

The wine list kicks off with a very useful Platter-rating table, a tasting chart, and a whole page dedicated to explaining which cultivars best suit the different styles of Indian food. The selection of bubblies ranges from local MCCs to Champagnes such as Dom Pérignon. Whites include varietals from La Motte, Neil Ellis, Paul Cluver and Warwick, while reds are sourced from the likes of Darling Cellars and Plaisir de Merle. They also have a good selection of semi-sweet wines such as Neethlingshof Six Flowers to offset slightly heavier, spicy dishes. 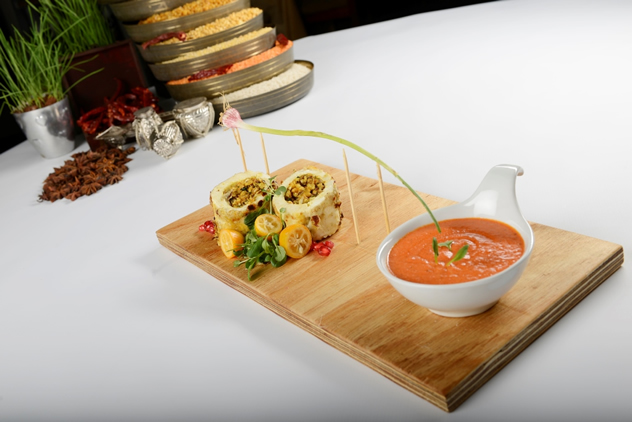 Soup at Geet. Photo courtesy of the restaurant.

Three generations of the Jivan family preside over this establishment. There’s the patriarch of the family, Veljee Jivan, who, at 82, oversees the finances of the business. Grand-daughter Shalini is responsible for managing front-of-house and PR, dispensing the warmest greetings possible, while Gita Jivan oversees all matters artistic and culinary with a bolder-than-Bollywood approach to every aspect of the business. She runs a solid restaurant, always on the edge of innovation and bright new ideas. There is a hierarchy of waiting staff, all impeccably dressed. 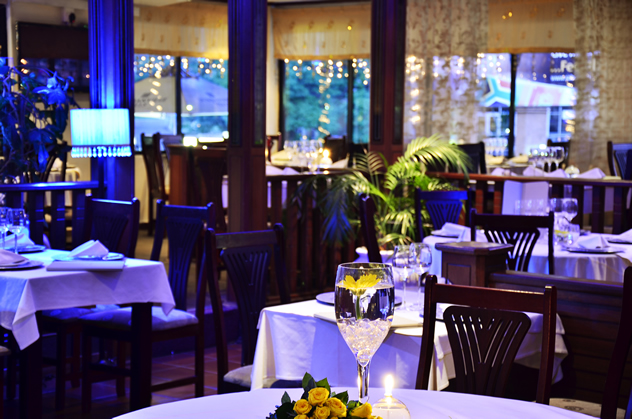 The interior at Geet. Photo courtesy of the restaurant.

The large interior is cleverly divided into sections by varying levels and partitions. An unusual blue lighting scheme makes for a modern-looking restaurant. Some tables have double banquettes, while masses of candles and light music further contribute to the sense of intimacy.

As well as private dinners for two and off-site catering, they offer cooking classes, turning the restaurant into a large ‘school’ with the use of induction hobs, fryers and mini tandoor ovens.

Have you been impressed by the modern Indian cuisine at Geet in Brooklyn, Pretoria? Tell us all about it in a quick review.