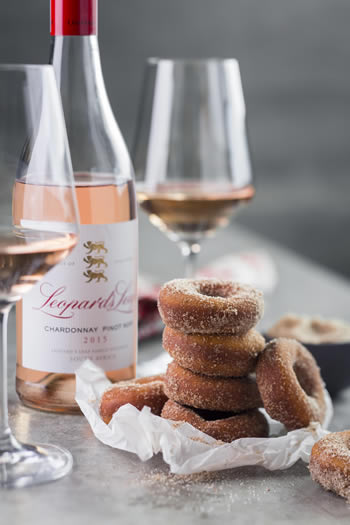 Leopard’s Leap in Franschoek to to offer doughnut and wine pairing. Photo courtesy of the restaurant.

Forget cheese and charcuterie – the latest food and wine pairing is a whole lot sweeter. Leopard’s Leap has announced that they’re pairing a sugar-dusted doughnut coated in a blend of nutmeg, cinnamon and other Christmassy spices with the salmon-pink 2015 Leopard’s Leap chardonnay pinot noir this December. Head chef Pieter de Jager and his team of pastry chefs will be baking the fresh, sugar-dusted doughnuts on a daily basis.

If the recent excitement over Krispy Kream’s opening in Joburg is anything to go by, the doughnut and wine pairing is likely to be extremely popular, although we’re a little disapointed that there aren’t more doughnut-themed pairings on offer. (We were envisioning an opportunity to eat at least six doughnuts in one sitting!)

The pairing will be offered at the Leopard’s Leap Tasting Room free of charge from Wednesday to Sunday, from now until the end of December. Leopard’s Leap will be closed on Thursday, 24 December from 3pm, and will reopen on Tuesday, 29 December. Fancy something a little more substantial? On Fridays, visitors can also try the full food and wine pairing for R120. 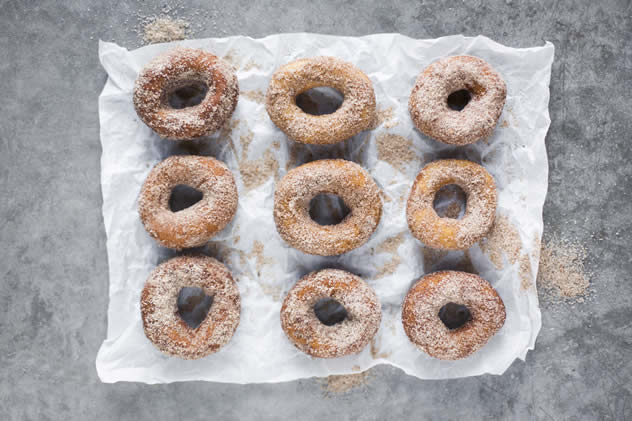 Sugar-dusted doughnuts coated in a blend of nutmeg, cinnamon and other Christmassy spices. Photo courtesy of the restaurant.