An inspiring example: The winner of the 2017 Eat Out Woolworths Sustainability Award 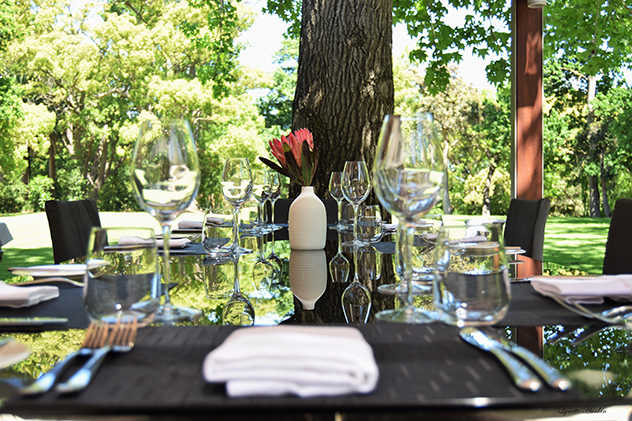 An outside table setting overlooking the gardens at Camphors at Vergelegen. Photo supplied.

The 2017 winner of the Eat Out Woolworths Sustainability Award is Camphors at Vergelegen Estate in Somerset West, a restaurant that impressed the judges with its dedication to the sustainability journey.

Now in its second year, the award, given in partnership with Woolworths, recognises a restaurant that has made admirable strides towards sustainability. In order to win, chefs must submit a detailed entry, outlining their sourcing, biodiversity awareness, community impact, labour conditions, responsible marketing and environmental impact. The entries are judged by Eat Out editor and head judge Abigail Donnelly, Pavitray Pillay of WWF-SASSI, Sonia Mountford of Eategrity and Karen Welter of the Longtable Project. 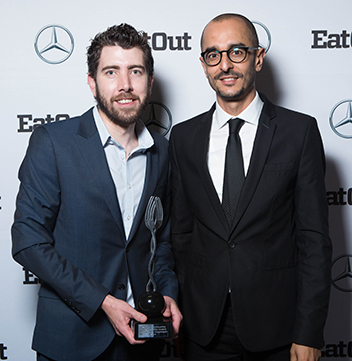 With executive chef Michael Cooke at its helm, the Camphors team is focused on every aspect of its environmental impact, and has improved in leaps and bounds in the past year. Each menu is framed by the philosophy of paying homage to the source of all produce. The courses showcase the majority of ingredients found on the Vergelegen grounds, alongside those from farms on which Michael himself has done thorough research. This includes visiting each farm to see how the animals are treated, taken care of and fed.

“I want to know because, when a dish at the restaurant is explained, I want to be able to tell you about the life of that product as well – not just the idea behind a flavour combination,” the chef explains. “When you’ve witnessed the life of the product first-hand, you feel a far greater sense of responsibility in respecting the ingredient and doing it justice on the plate. This is all only achieved through transparency.” 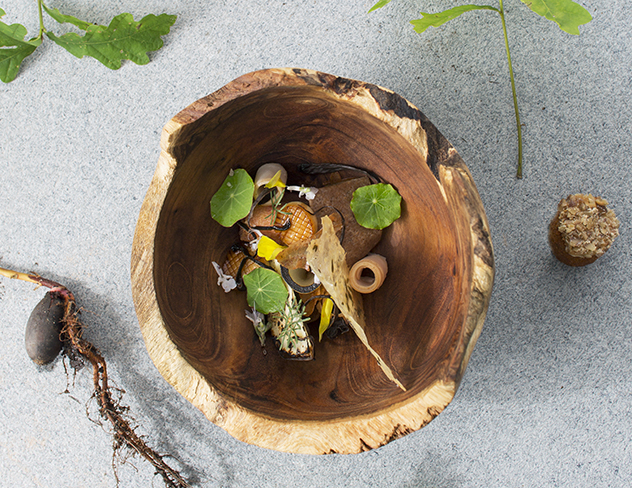 This is where Camphors particularly excelled, according to judge Sonia Mountford of Eategrity, in addition to showing a keen understanding of procurement claims and methods of production. There is no doubt that Camphors is deserving of this hard-to-earn award. As a busy destination restaurant serving both lunch and dinner, this level of commitment is truly admirable. 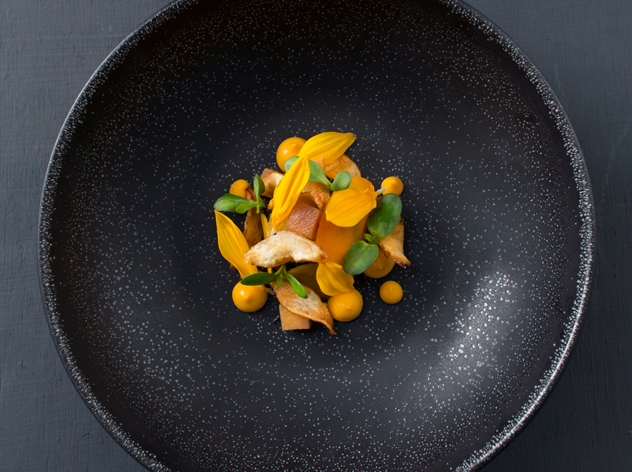 A dish at Camphors at Vergelegen. Photo supplied.

“I am thrilled that Camphors has been awarded,” says head judge Abigail Donnelly. “That Michael invested so much time with suppliers and closely adhered to the very strict criteria pushed his score to the top of the list.”

Camphors was also placed in position six in the 2017 Top 10.

Click here to read more about the award-winning offering at Camphors at Vergelegen.

Woolworths has been on a Good Business Journey since 2007. Together with their suppliers, Woolworths strives to operate in a way that respects worker rights, maintains safe working conditions and protects the environment and welfare of animals. Through the Woolworths Farming for the Future programme, Woolworths is working with farmers to continuously improve their methods, use water more efficiently, lessen chemicals and fertiliser usage and improve the quality of soil.

Woolworths commitment to ensuring the finest ingredients extends to the responsible sourcing of key commodities such as cocoa, palm oil and eggs. Currently, 100% of the cocoa sourced for Woolworths branded boxed, bar and slab chocolate is UTZ certified. UTZ provides assurance that the cocoa has been grown and harvested responsibly. The programme ensures that farmers learn to improve the quality and yield of their cocoa while reducing their impact on the environment and enabling them to take better care of their families.

In 2010, Woolworths joined the Roundtable on Sustainable Palm Oil (RSPO) and began purchasing certificates (initially GreenPalm certificates, now PalmTrace) to offset its suppliers’ use of palm oil. Today, many of its suppliers have switched to directly sourcing RSPO certified sustainable palm oil on the mass balance system.

Woolworths was also the first, and remains the only major retailer in South Africa to only sell free range whole eggs and to use free range eggs as ingredients in its products.