11 deconstructed dishes that prove the trend must be stopped 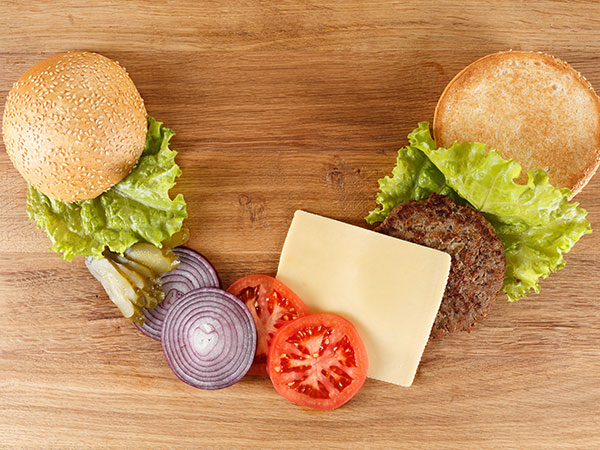 It’s time to talk about deconstructed food. What started off as a quirky, intriguing trend has become downright puzzling. I won’t deny that it was quaint the first time my hot chocolate came in separate containers of milk, chocolate nibs and marshmallows. But when something like an omelette comes served in five separate elements – otherwise known as an English breakfast – I feel only befuddlement and frustration.

I have two main problems with deconstructed dishes. The first is that it forces me to put together my own meal, which seems counterproductive when I left the house precisely so that someone else would prepare me a meal. (The joy at being served a DIY meal decreases exponentially every year after the age of twelve.)

Secondly, let’s call a spade a spade (although, please don’t serve food in them): It’s not crème brûlée if it’s served in globules on a plate – that’s badly treated custard with some melted sugar – and it’s not a sandwich if the bread has no contact with any of its intended toppings. I need my expectations to be managed – if I ordered a beef Wellington, and the fillet is beside the pastry instead of wrapped inside it, I’m bound to get a little upset.

Are you similarly quick to rage? Allow these examples to stir you to righteous anger.

1. There’s this deconstructed burger, which, frankly, is shameful.

2. Though this cheesecake is possibly worse.

3. And then there’s this jaw-dropping creation masquerading as a carrot cake.

4. You may think pie is essentially a construction, with the filling inside, but this key lime pie would disagree.

5. And this dish is so far removed from pie that the moniker actually hurts a little.

6. If the definition of a dish like tiramisu is different components layered, what does it become when there are no layers? (Aside from rage-inducing?)

7. ‘Deconstructed salad’, AKA ingredients on a plate.

9. This sham of a beef Wellington can only cause anger.

10. Banoffee: the revolutionary concept of combining bananas and toffee, so a hipster could come along and separate them.

11. Deconstruction must be stopped.