The glitz. The glamour. The food. (Oh, the food). And let’s not forget, the drama of the night – because nothing on the SA gastronomical calendar is more exciting than the reveal of the winners at these annual foodie Oscars. We count down 16 reasons we’re oh-so very excited about the 2014 Eat Out Mercedes-Benz Restaurant Awards on 16 November in Cape Town.

(Of course we’d start with the food. We’re all about the food.) A five-course meal, prepared by some of SA’s best chefs. Repeat after me: YUM. It’s going to be a feast, and every chef involved is at the top of their game. So let us count the ways – without giving away too much, because we wouldn’t want to spoil the surprise. 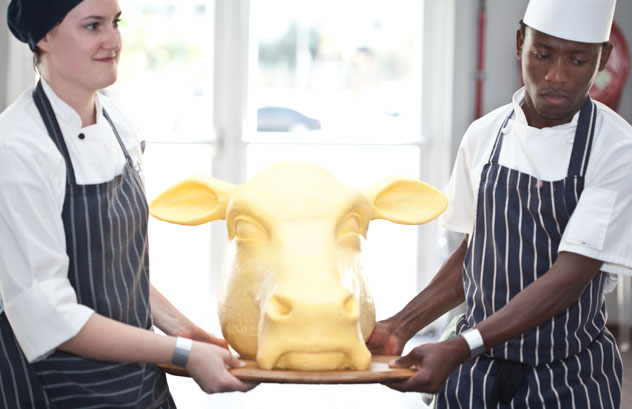 Firstly, we’ve got the very amiable Neil Jewell of Bread & Wine in the house. Have you met this guy? He’s just so nice. (The video below actually makes us a little teary). And if you’ve had a meal at his lovely restaurant, you’ll agree he really knows his stuff, and his way with cured meats.

Next up, George Jardine of Jordan Restaurant is going to wow you with his interpretation of the second course. How to describe his dish? Let’s just say that there are multiple layers of fine flavours involved. In fact, George has had the crockery it’ll be served in made especially for the night. (He’s cool that way.) 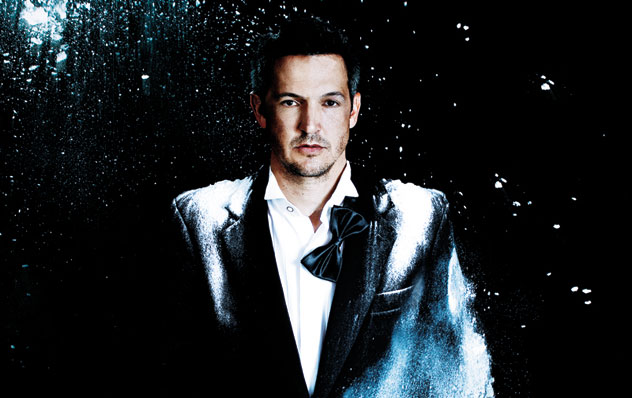 David Higgs looking dashing in a tux, and (covered in flour, for good measure.)

Moving on, there’s David Higgs of Five Hundred restaurant in Jozi. (Have you seen this man? This is a guy who looks good in cycling gear – and helps the community while he’s at it.) But back to business: for his part, David has taken inspiration from the marvellous rooftop garden at Five Hundred, as well as the unique Jozi landscape, to create a vibrantly fresh and fun third course. We can’t wait to dig in.

And then we’ve got Bertus Basson of Overture and PJ Vadas of the soon-to-open Hog House BBQ Restaurant. As you might expect from the duo – a very chilled out, supremely cool pair of dudes who seem able to dish up award-winning food in their sleep, and sommer open food-trucks and new restaurants along the way – their collaborated main course is not going to be a finicky affair. Expect moreish food that will make you want to get your hands dirty. 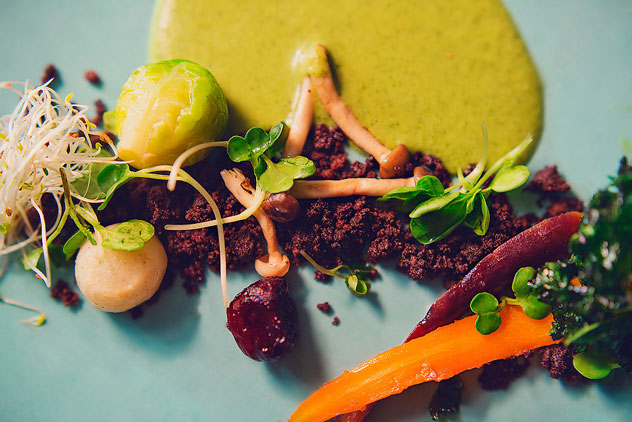 Just look at the food on the summer menu at The White Room if you don’t believe us.

Finally, the admirable, inventive Vanessa Marx of Dear Me and The White Room (and 2013 rising star) will end the meal on a high, sweet note. What will you be eating, you ask? Let’s just say she’s not going to be serving some tired tiramisu or snooze-worthy crème brûlée.

Now, let’s talk about the top-quality booze, which we all know is an important factor in any successful event. Courses will be paired with the likes of excellent producers such as Nederburg, La Motte and Boschendal. And beer lovers need not fear: Grolsch, as the sponsor of our Service Excellence award, has joined the party in a big way.

How about the name – Thunder City. Doesn’t it just sound majestic and, well, thunderously cool? Just imagine an enormous industrial airport hangar transformed, for one night only, into a venue for a smart, luminous awards event that’s all things edgy. (To top it off, if you’re looking for a spot nearby to rest your head afterwards, there are some great hotel deals on offer specially for awards attendees only.) 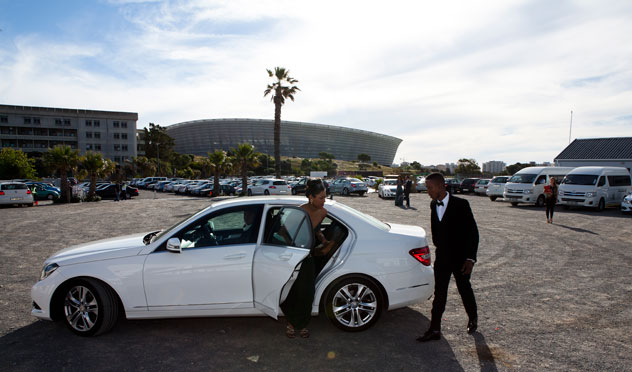 Speaking of edgy, there’s the fact that our new title sponsor is Mercedes-Benz. Uber-stylish and very much on the cutting edge of technology, the Mercedes-Benz brand is going to be extremely visible, and you know what that means: a fleet of smart, ultra-sexy machinery.

Now we get to the biggest pull of all – the drama of the night. Who’s going to walk away as the top dog, the fat cat, the main konyn, the best restaurant of the year? Who’s going to wear the covetable cap as S. Pellegrino Chef of the Year? Who will be our next Nederburg Rising Star? As evident from our list of 20 nominees for the top awards, there are some welcome newcomers to the list … and a surprise or two in store on the night.

Every year, speculation is rife about the identity of the judges – those fearless, fortunate few who set out to wine and dine at SA’s top restaurants. It’s a tough job, but someone’s got to do it. The question is: who are these people? Stay tuned…

Revealed on the night will be the brand new Eat Out magazine for 2015, newly minted, freshly printed and hot off the press. Bursting with professional reviews of the Eat Out 500, the top 500 restaurants across the country, it will once again serve as SA’s best guide to SA’s best food. And as guests at the event, you will be the first to get your hands on the country’s most authoritative restaurant guide.

On board to keep things moving along nicely is our MC for the occasion, Elana Afrika. This trendy and talented lady will set the tone for what will be one glamorous shindig. 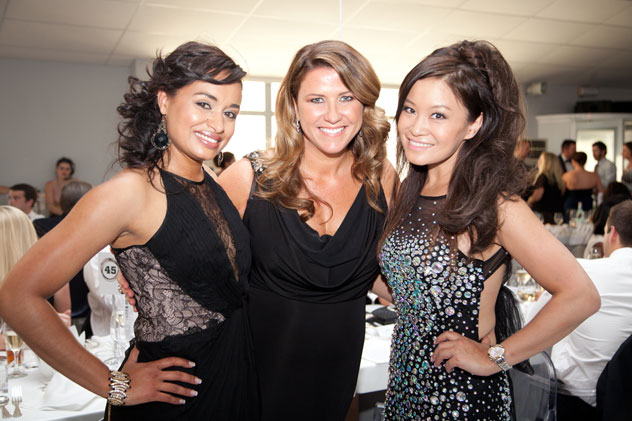 There were some gorgeous frocks at last year’s awards

Let’s be honest, how often do you get to really dress up these days? Your second cousin’s (second) wedding doesn’t count. Enough with the smart-casual, already – we’re chuffed about going truly formal with fancy frocks, sharp tuxedos and the chance to whip out the dancing shoes. (Oh yes, there’s going to be dancing…)

One more reason to jump up and down – DJ René is in the house! This French-born surfer dude and Cape Town fixture will be dropping beats at the after-party, setting the vibe with his signature mix of retro, nu-disko, Latin, Cuban, Brazilian and French house sounds. (Nu-disko’s a thing? We had no idea. But we definitely want to be a part of that.)

Because you know how chefs like to party. And frankly, after months of hard work in sourcing 500 hundred professional reviews from a review panel of 30+ and a group of six judges, and putting on this boundary-breaking event, and producing a whopper of a magazine, we at Eat Out are very much looking forward to letting off some steam. Those chefs who like to kuier? They ain’t seen nothin’. Get ready to party.

Oh. And here’s where to buy your tickets.

20 October 2014: this post was amended to remove the mention of Soma Confection who, due to unforeseen circumstances, will sadly no longer be involved in the creation of the dessert.