Devil’s Peak Craft Beer Brewery created a vintage man cave that offers relaxed pub dining at their Salt River restaurant. Here’s why this restaurant made the nominee list for this year’s Boschendal Style Award at the Eat Out Mercedes-Benz Restaurant Awards. 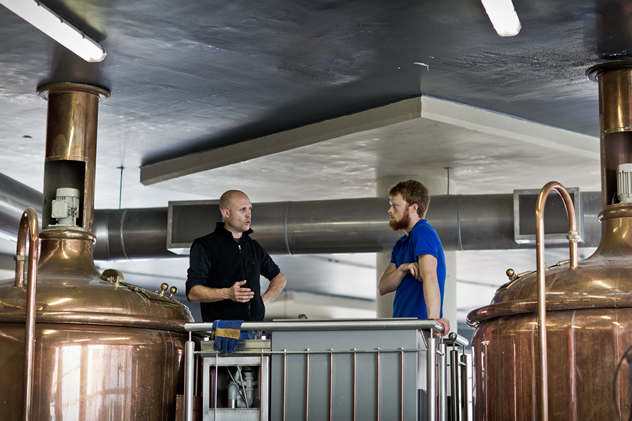 The distiller at Devil’s Peak Taproom. Photo courtesy of the restaurant.

Chef Roxanne Pretorious, formerly of Mondiall, the Vineyard Hotel and also Disney World (!) serves tavern classics with an indulgent twist, made from wholesome locally sourced ingredients. The signature dish is pulled pork, slow-cooked in amber ale and served as a sandwich with pickled red onion and coriander cream. Remember to try their beer tastings while you are there. Homemade burgers, beer-battered fish, and beer and food pairing tasting boards are also popular. 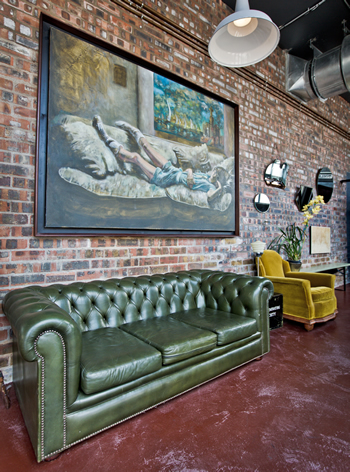 The interior at Devil’s Peak Taproom. Photo courtesy of the restaurant.

Decorator Jackie Fitzgerald has given a familiar South African-feel to the German brewhouse that was built in 2001. To make the most of the view of the mountain, a variety of different kinds of seating is used in the unusual triangular space. Like a laidback, not-too-fussy gentleman’s club, there’s a sense of the neighbourhood’s heritage. Local and vintage Africana, knickknacks and furniture was sourced from places such as the Milnerton Market. Resourceful reinventions include the bar that is made of doors and two armchairs upholstered using old army bags. A large painting by MJ Lourens is an artistic centrepiece. Does The Devil’s Peak Taproom have what it takes to win the 2014 Boschendal Style Award? The winner will be announced at the Eat Out Mercedes-Benz Restaurant Awards on Sunday 16 November. (Buy your tickets now.) See the other nominees here.

24 October 2014: this article was edited to remove the name of the former chef, who no longer works at the restaurant.