Milk tart – or melktert – allegedly has is origins in the 1600s when Dutch settlers at the Cape made something called mattentaart. Today’s milk tart, a cinnamon-infused custard pie in a shortcrust pastry case, has become a classic South African dessert. Once omnipresent at fêtes and tuisnywerheids, milk tart has had a gourmet revival in recent years with the invention of National Milk Tart Day on 27 February and as proudly South African chefs have incorporated it onto dessert menus. Here are seven incredible recipes that take the humble milk tart into new, exciting heights. 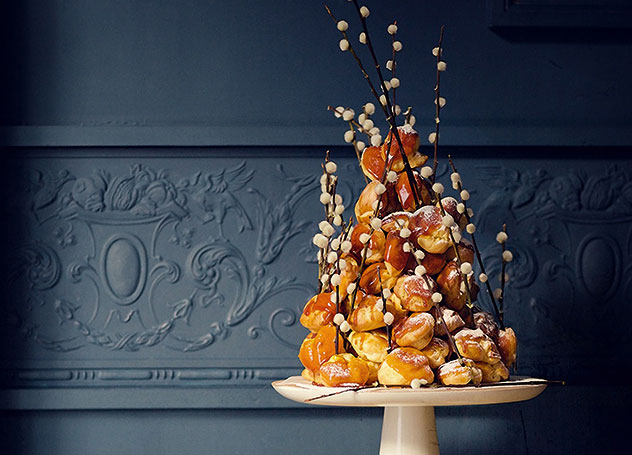 Croquembouche is a glamorous French dessert, literally meaning ‘crunch in the mouth’, and very often served as a wedding cake. This South African spin comes to us from Michelin-starred chef Jan Hendrik van der Westhuizen, who’s based in Nice. This creation is featured his book, JAN – A Breath of French Air. 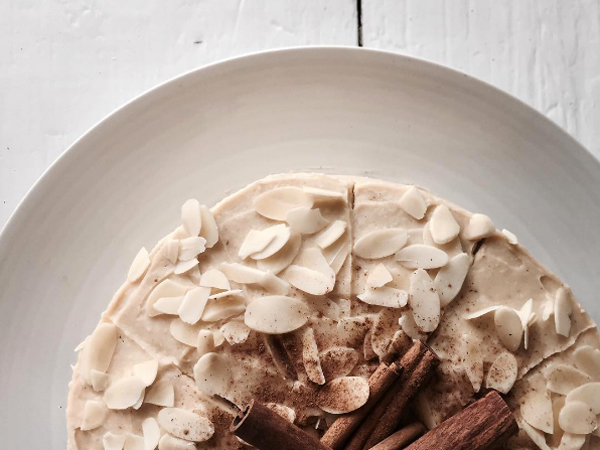 In this heavenly cake the taste of two classics – milk tart and cheesecake – are combined. “The comforting aroma of milk and cinnamon and the decadence of the cheesecake are irresistible,” says Arina du Plessis, author of Plaaskos, which features fuss-free recipes from the Landbouweekblad editor. 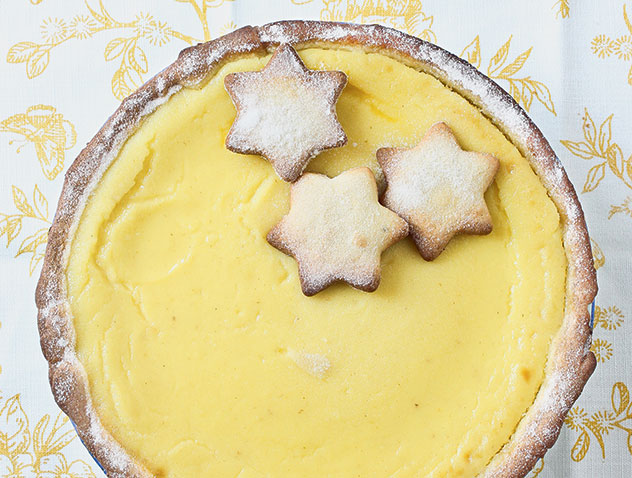 Cardamom adds spicy, citrusy notes to this classic milk tart. The recipe comes to us from The South African Milk Tart Collection, and is based on a recipe by Shanaaz Parker. Interestingly, the custard cooks in the crust. 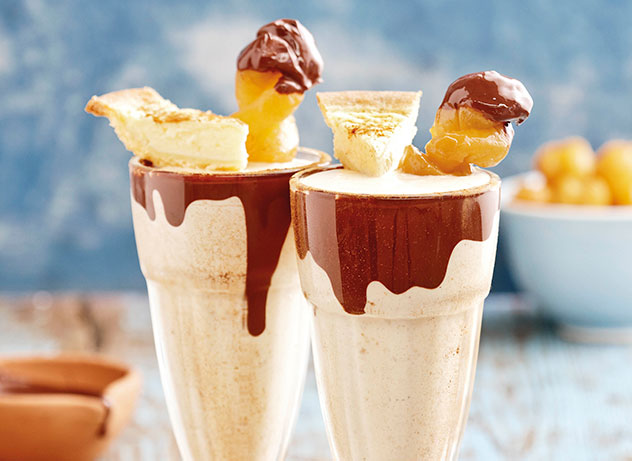 Move over Australians, we’ve got a proudly South African version of the freakshake. This amazing, indulgent recipe comes to us from the 50th issue of Sarie Kos. 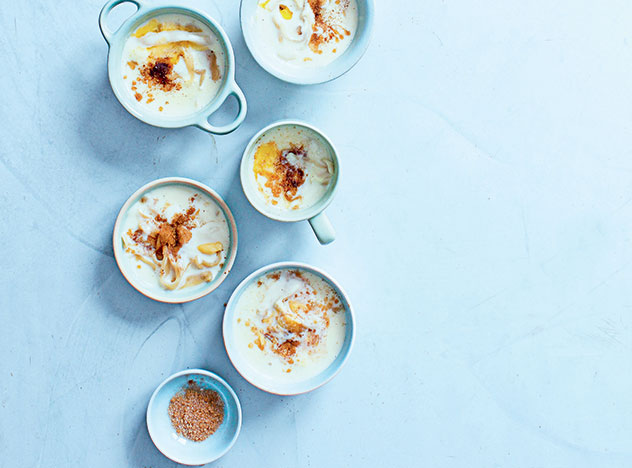 This recipe has all the elements of a milk tart, but comes in liquid form, with sugar and butter. “The name has no translation into English and the closest would be to call it milk soup,” explain authors Mari-Louis Guy and Callie Maritz. The recipe appears in The South African Milk Tart Collection, and apparently has its roots in an Italian dish, which was served with cheese, sugar and cinnamon. “When we collaborated on the Huisgenoot 100 with Carmen Petersen, among others, she showed us the many variations she has featured in the magazine. Some had no sugar, some used bran as an addition and others even went dairy free with the use of coconut milk. She inspired us to create an egg- and sugar-free version.” 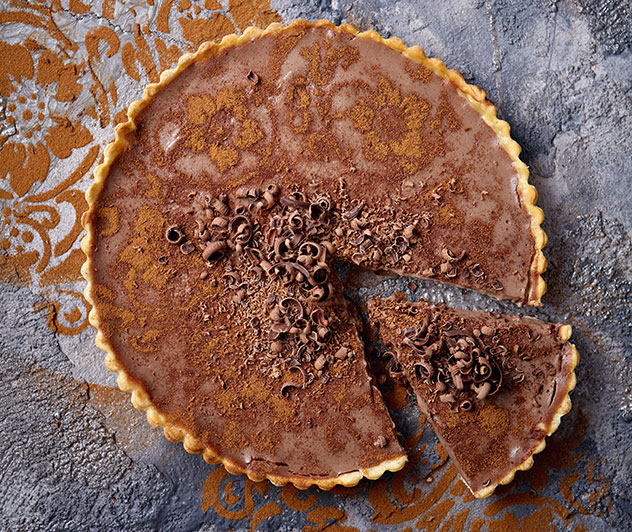 “The combination of creamy custard filling topped with fragrant spices on a crumbly tart pastry has made milk tart a proudly South African heritage food. Every holiday when our cousin Liezl would trek home from boarding school, we’d hand her an invite to our dress-up tea party and serve tea and warm milk tart out in our sunny garden,” say MasterChef SA contestants Seline and Leandri van der Watt. This inspired, slightly more grown-up version, comes from the sisters’ book, Two. 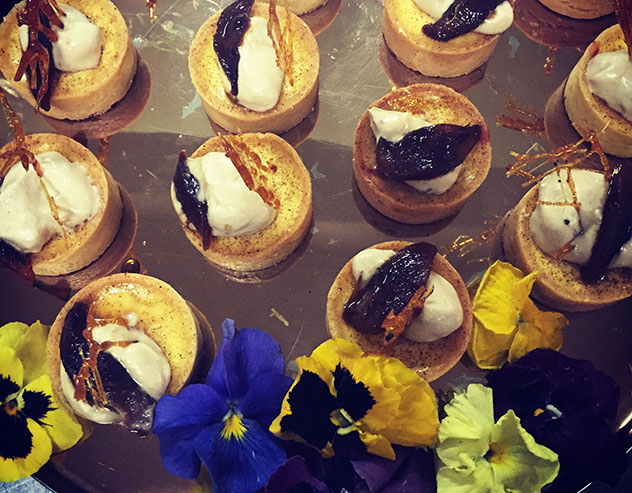 Milk tart gets a gourmet boost from these luscious stout-poached pears, and shard of sweet caramel. The recipe is the creation of caterer to the stars Vicky Crease on behalf of Castle Milk Stout.