Looking for a delicious takeaway salad, sandwich or soup in Cape Town’s City Bowl? The General Store, a new little café on lower Bree Street, may be just the ticket.

The small shop space, formerly occupied by Giancarlo’s Italian Deli, has been transformed into a charming new café. Focusing primarily on salads and sandwiches to take away, The General Store also has some small tables for two, and a hatch opening directly on to Bree Street. 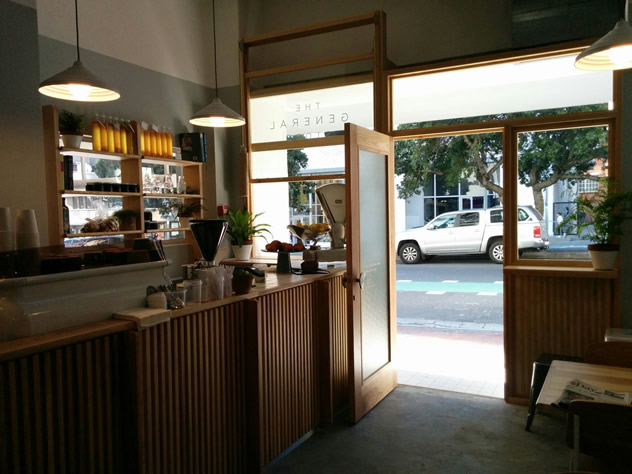 A view of the street at The General Store in Bree Street.

Owner Colette Robert spent the past 10 years working at a similar deli-style spot in a swanky part of London. “I loved working there,” says Colette, but she’s been dreaming about opening her own café for some time.

Hungry office workers could start the day with a takeaway tub of granola, fruit and yoghurt, or grab a little table for poached eggs or smashed avo with bacon on toast. 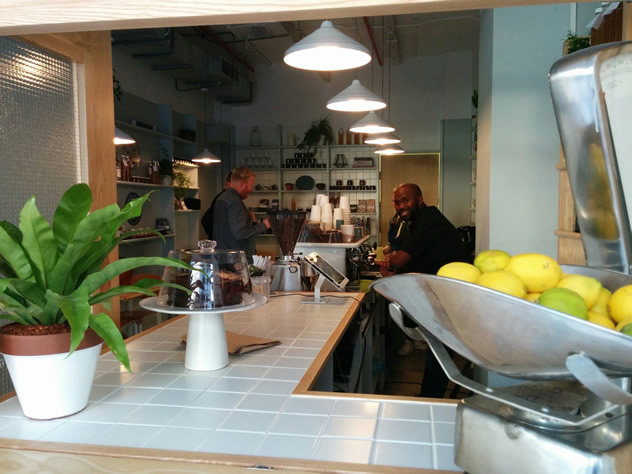 An old scale on the counter at The General Store in Bree Street.

The pre-made salad offering will change daily, but you can expect dishes like roasted Mediterranean vegetable salad; Asian noodles with shredded duck in a soy, ginger and sesame sauce; green-bean salad with radishes, feta and lemon; and Moroccan salad with minted yoghurt and grilled aubergine. Salads cost R35, R50 or R70, depending on size.

Soups are available by the pint, as well as a different pie or baked dish to take home for dinner each day. 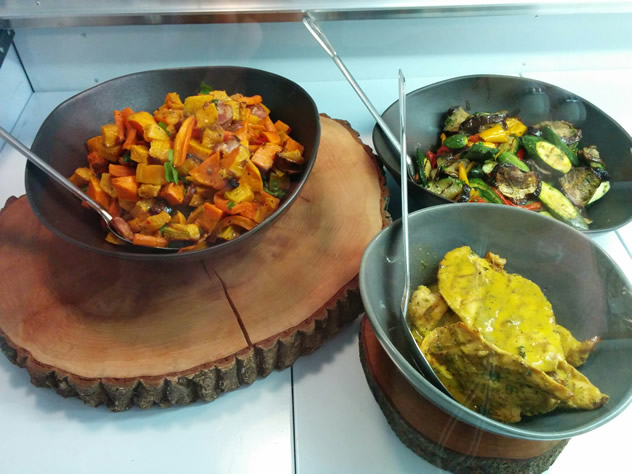 Some of the salads on offer at The General Store in Bree Street.

The cake selection will also change daily, but the gooey and dense chocolate brownies, made with 70% cocoa chocolate, are already developing their own fan base. “I might have to make those every day,” concedes Colette.

Coffee is supplied by Rosetta, and meat is free-range and veg is organic, where possible. 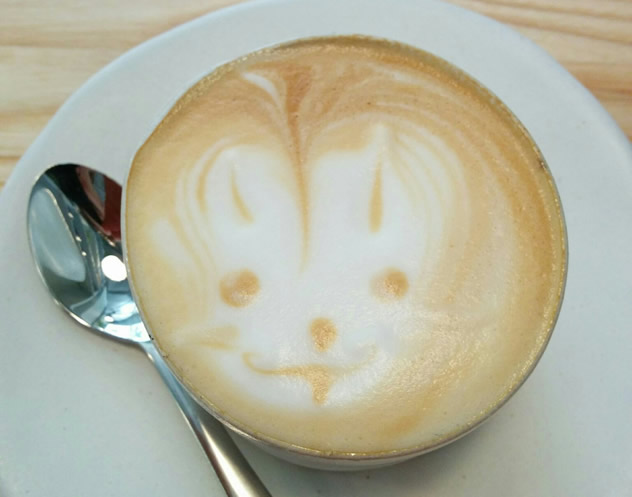 Latte art at The General Store.

The shelves are stocked with jams and cordials for sale, as well as a range of homeware items, including French café glasses by La Rochere, mugs by Mervyn Gers and placemats and tea towels from Sera Holland’s Handmade by Me range.

These beautiful shelves, along with the custom-made wooden façade by Joburg set designers Rollset, create a cosy, café feeling inside.

And the name? “My boyfriend calls me The General,” Colette explains, “though I’m anything but.”

Have you been to The General Store yet? Let us know what you think by writing a quick review. 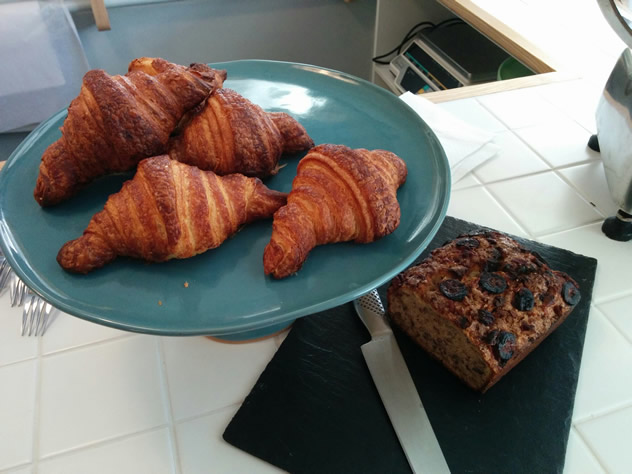 A plate with croissants at The General Store in Bree Street. Photo courtesy of the restaurant.