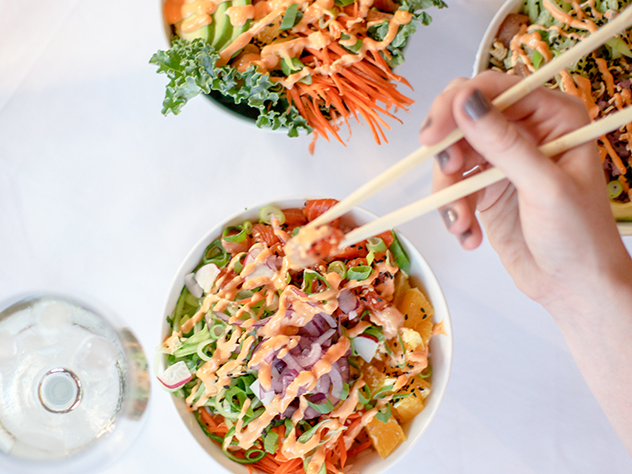 Bowls of fresh poké from The Poké Co. Photo supplied.

It was only a matter of time before this season’s hottest trend in seafood merged with Cape Town’s predilection for single-ingredient entities (a bacon bar, cheese shop and eatery, and a store solely dedicated to ice-cream sandwiches) to produce The Poke Co., the city’s only bar to serve only poké.

(For those of you who missed last year’s trend story about it, poké is a traditional Hawaiian dish of diced raw fish coated in a delicious marinade, typically served on a bed of rice, and topped off with a combination of fresh greens.)

The Poke Co. owner Andrew Flanagan has deep roots in the South African fishing industry, with fish and seafood common themes throughout his childhood. Working aboard luxury super yachts for seven years meant that Andrew was immersed in many different cultures and foods as he travelled the world. “I worked alongside some exceptionally talented chefs and drew plenty of inspiration and knowledge from them, particularly new and different techniques for preparing seafood.”

The idea of opening a specialised poké bar in Cape Town was first sparked while he was travelling and surfing in Indonesia with his girlfriend. “The uniqueness and deliciousness of the dish quickly convinced me that poké is the seafood scene that Cape Town has been missing!” 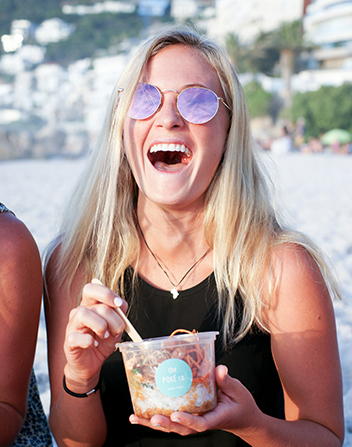 A bowl of poké on the beach. Photo supplied.

The bowls at The Poke Co. work on a build-your-own basis, where you can select your choice of base (either two types of rice or zoodles), selection of high-grade sashimi, and an assortment of house-prepared toppings and dressings to create your own meal. The fish is sustainably caught and all fresh produce is locally sourced. Andrew quips, “If you love the sensational flavours of sushi but can’t stand the chopsticks and symmetry, poké is for you!”

Other aspects that make poké an easy sell, he says, include the convenience factor, the fact that it’s a creative and customisable dish, and the accessible price. The healthy mix of fresh and raw ingredients combined in each bowl makes poke a versatile option for cocktail parties, lunches, dinners, late-night snacks and everything in between, he enthuses. 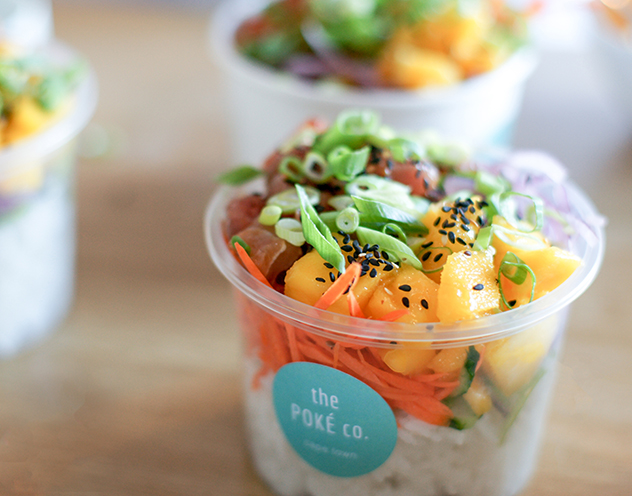 A bowl of poké by The Poké Co. Photo supplied.

The Poké Co. currently operates through an order-in service online, and will appear as a pop-up at select events, like the recent L’Ormarins Queen’s Plate. “In time, we will be opening a permanent space in Cape Town that will allow our customers to come and enjoy our poké, made fresh to order,” says Andrew.

We’ll see you there! In the meantime, keep an eye on The Poké Co.’s Instagram account @Pokeco_ct to find out where they’ll be next, and visit www.pokecoct.com for further information, or email Andrew on Andrew@pokecoct.com.