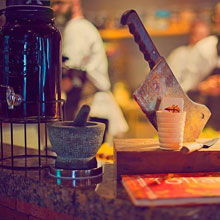 Chef Chris Erasmus should be no stranger to readers of Eat Out. While at the helm of Pierneef à La Motte in 2013, the restaurant made it into the Top 10, thanks in large part to Chris’s passion for wild ingredients married with traditional Cape cookery.

That respect for heritage cooking continues at Foliage, his new restaurant on the main drag through Franschhoek. With fewer boundaries, Chris is cooking with more intricacy, experimentation and attention to detail than ever before, says Richard Holmes.

In a sense, Chris and his foraging boots have finally been set free. Wild ingredients loom large, with everything from wild geese to wild mushrooms and wild herbs ending up on the plate in some shape or form. With this changing harvest, the menu is tweaked almost daily according to what lands up in the kitchen. A recent hit was the braised boerbok with apricot, and the diner brave enough to order the Jerusalem artichoke and pine needle soup with ragout of beef shin and fiddle head fern was, I’m told, richly rewarded.

My wintry visit in late-July saw a superb risotto of wild mushrooms and chunks of Neil Jewell bacon – the rich stock perfectly offset by a dollop of silky beetroot yoghurt – win the day. A close second was the rough-chopped beef tartar: a European bistro classic transformed into a dish innately of the Cape by spicy peach atjar and cep potato crisps. Asian and Indian influences are stronger here than anything seen at La Motte, so expect plenty of spice.

Portions are generous, well-priced and offer some of the most interesting local cuisine you’ll find in Franschhoek… or anywhere in the winelands for that matter. This is a restaurant where it pays to be adventurous, to challenge your palate and find yourself pleasantly surprised. Do not, like one recent patron, book a table and complain about the lack of fillet and chips. 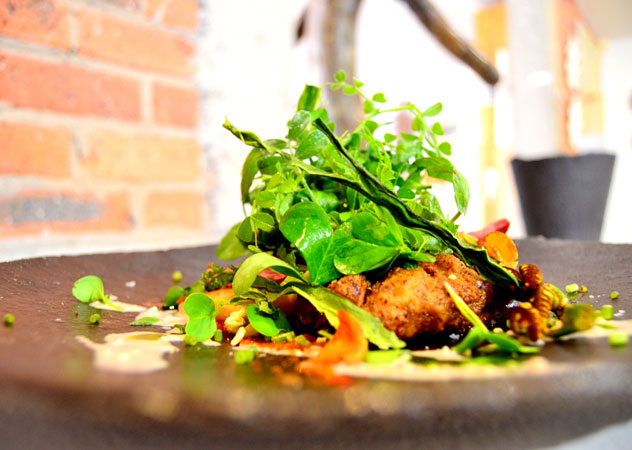 You won’t find bland offerings and sponsored umbrellas here; rather, there’s an eclectic selection of truly top-notch estates from the valley and further afield. Each wine is listed with brief tasting notes, but no vintage. Although by the glass is limited to red or white, alongside two local bubblies, the handful of half-bottles – including the delicious Chocolate Block from Boekenhoutskloof up the road – is a nice touch.

Another great touch is the beer crafted by Chris and Rob Armstrong, winemaker at Haut Espoir. The pair has all manner of brews in the pipeline, but at the moment there’s delicious mushroom chocolate stout on offer. Don’t worry, it tastes better than it sounds. 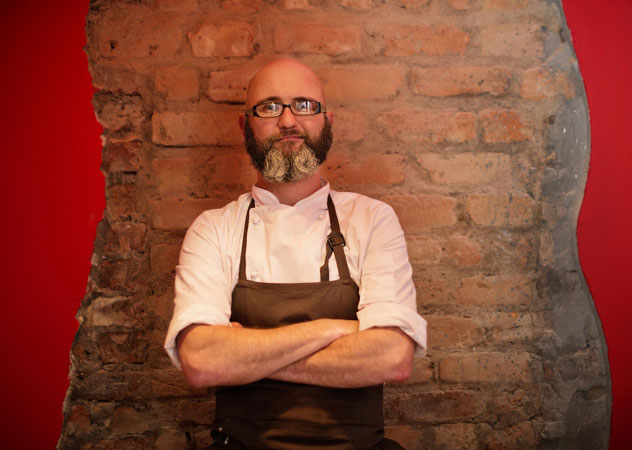 While the waiters seem to rush things along a little on arrival, once they settle down the service is friendly and attentive. It’s not quite up to the standard of cuisine just yet, but it’s still early days and the team will no doubt find their feet soon enough.

There’s a stylish bistro feel, with exposed ceiling beams and rough brick walls adding an earthiness that contrasts nicely with the fine art on the walls and in the adjoining gallery, visible through a shared glass door. A huge hearth crackles in the wintertime, with the open kitchen providing a view of chef and his team at work. There are also tables on the outside terrace facing Huguenot Street, but the rumbling trucks and wafts of cigarette smoke – the only area a puff is allowed – tend to detract from the wonderful food. Inside is best.

There’s free wi-fi, for those who just can’t help tweeting a pic of their lunch. (If you do, make sure you tag @cheffolliage.)