James Kriel and Talton Cooke’s brainchild, The Digs Kitchen, began in a student digs before becoming a mobile kitchen, takeaway hatch and now, finally, a full-fledged eatery in Morningside, Durban. 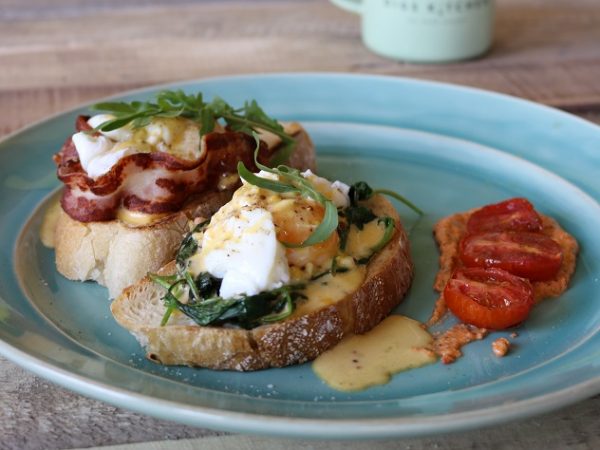 The duo, also responsible for The Shed in Salt Rock, has now opened The Digs Kitchen in the space previously occupied by Boiler Room Café. Described as a garden in the city, the eatery will cater to Durban locals as well as those working in the Lion Match Factory office park, with a menu containing fresh, healthy ingredients.

Designed for daytime dining, the offering includes all-day breakfasts, healthy lunches, and happy hour coffee specials. All meals are prepared fresh and most are low in carbs and sugar.

Think eggs Benny with homemade hollandaise and pumpkin-seed pesto; corn-and-zucchini fritters with salsa and smoked salmon; wholesome bowls filled with Asian-style chicken or a burrito salad; and rustic open sarmies made on potato-and-rosemary bread. There are also superfood lattes, Dilmah Teas and a coffee offering from KZN’s Terbodore Coffee. 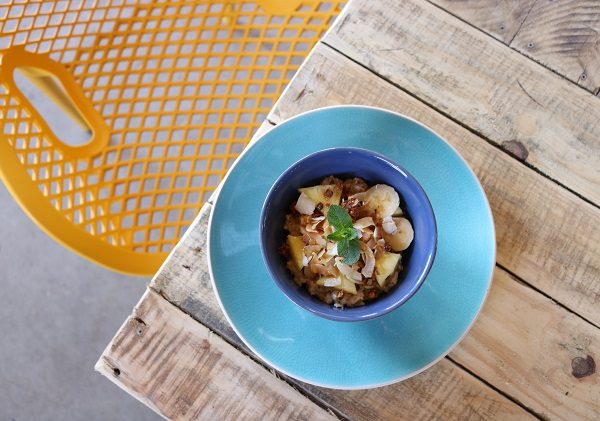 A healthy bowl at The Digs Kitchen. Photo supplied.