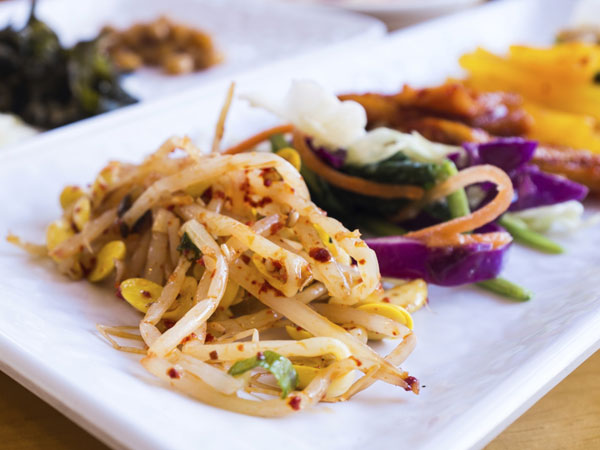 This delicious tangy, chilli-laden, salty and sour Korean side or main dish seems to be moving into the limelight in many restaurants – and not only authentic Korean ones. It’s eaten on just about everything, almost like a new version of Mrs Ball’s chutney.

It deserves to be on show and eaten with relish. Kimchi is not actually a pickle, which is what you get when vinegar is used to macerate veggies and fruit. Rather, this preserve is alive – it’s fermenting.

The salt naturally develops a briny liquid and then, because there’s no oxygen, it starts a natural fermentation process. All it contains is cabbage, chilli, carrot, ginger, fish sauce and salt, which are mixed in and left to slowly to ferment. It creates a natural probiotic similar to those in yoghurt, beer, sauerkraut, bread and black garlic.

At The Pot Luck Club in Cape Town (a nominee for the 2014 Top 10) they make a sublime kimchi butter, and at The Grazing Room in Johannesburg (the sibling of no. 8 restaurant for 2014, DW Eleven-13), which offers a similar concept of small plates, they serve a steamed bun with pulled pork and kimchi. It’s quite the flavour bomb. Chef Arno Janse van Rensburg from The Kitchen at Maison in Franschhoek (another 2014 nominee) makes a really good batch of yellow tomato atchar to serve with his great bread. And then there’s Seoul, in Sea Point, which has a whole menu full of the stuff. The kimchi omelette is especially good. 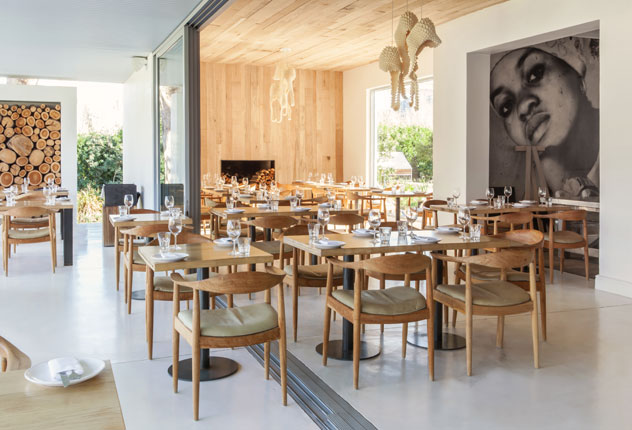 The Kitchen at Maison. Photo courtesy of the restaurant.

It’s really easy to get this cabbage concoction together, but the patience needed to get it to its proper eating stage is the issue: you really need to forget about it for a while.

Kimchi also reminds me of bread and butter pickle, which is made with cucumber pickled with vinegar, chilli, mustard seeds and a few other things. It’s delicious with a cubanos sandwich, which I can’t stop thinking about since I eventually got to watch Chef over the holidays.

There’s a lot of tasty condiments and food in jars at the moment. I’m definitely not complaining: not only are they packed with flavour, but they’re good for you, too. Pass the kimchi, please!