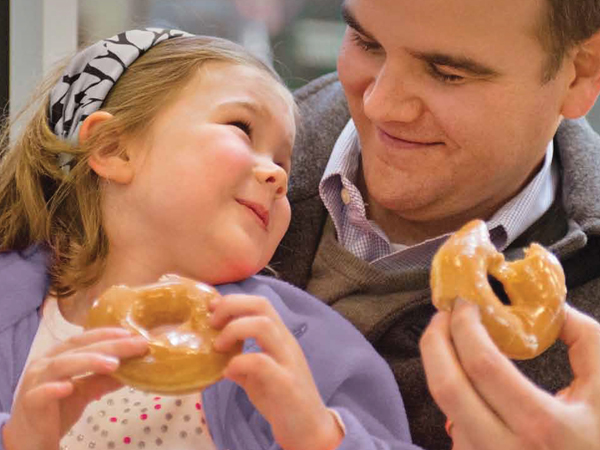 South Africans queued for hours when international chain Burger King touched down in the country. Now, a new global food retailer has announced plans to come to our shores: Krispy Kreme doughnuts.

The doughnut and coffee shop brand has partnered with South African company Fournews, which operates Café Fino, News Café, Smooch, Moyo and illy Go!, to bring the global brand to South Africa, with plans to open 31 stores in Mzansi over the next five years.

Krispy Kreme is known for its Original Glazed® doughnut, as well as a range of yeast-raised doughnuts, doughnut holes, mini doughnuts and doughnut pops. The menu of the South African branch is still under wraps, but USA flavours include dulce de leche, glazed blueberry cake, and currently, a peach pie doughnut. It does seem that flavours tend to vary from country to country, however: in Japan you can get green-tea-cake flavour and something called tuna-salad deli, a savoury doughnut with tuna, dill and cream cheese. (A malva pudding and milk tart flavour for South Africa, perhaps?)

Krispy Kreme currently operates more than 1 000 shops in 24 countries, but this is their first venture into Africa.

“The South African consumer is looking for quality and value, which is exactly what Krispy Kreme delivers,” said Gerry Thomas, CEO of KK Doughnuts SA. “We’re confident that this popular international brand will quickly become a South African favourite.”

Dates and locations have yet to be released, so stay tuned for more information. (We’ll be readying our tents for an overnight camp-out before doors open.)