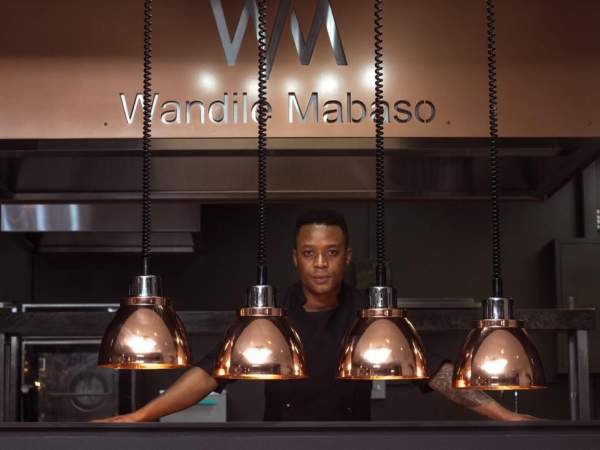 Wandile Mabaso is an artist at heart, and food is his medium. The classically French-trained chef has 17 years of experience under his belt. Five of those were spent in New York kitchens alongside Mexican, Jamaican, Korean and Japanese chefs.

Thereafter the Soweto-born Mabaso worked with the world-famous Alain Ducasse at his Michelin-starred restaurant in Paris, Le Meurice. He counts Ducasse and Olivier Reginensi as his mentors.

Upon returning home in 2018, he established his restaurant, Les Creatifs, in Bryanston with which he continues to excite the Johannesburg culinary scene. It’s Mabaso’s incredible technique and boundless creativity that keep people coming back for more. The synergy of different art forms at Les Creatifs, with food at the centre, reveals that art is life.

The chef speaks to us about the creativity that sustains his art.

What does cooking mean to you?

Cooking for me is not a job, a career or a hobby. Cooking is a way of life, simply because I started cooking from a very young age. My influence for cooking was not from media, television or chefs because we were not exposed to the culinary profession back then. Due to this, we were free to figure out what cooking meant for us. For me, growing up in Soweto, we used to hunt a lot for pigeons and birds, so I started cooking these birds at a very young age, which is something I really enjoyed before I even knew it could be a profession.

As a classically French-trained chef, what do you love about French cooking?

About 60% of French cuisine is about technique. French cooking is a lifestyle. The French have nationalised so much and it has become something they now sell to the world. Champagne is synonymous with France. Even some cheeses are still made the way they were made in the 1600s, so the French have also managed to preserve their history and technique. The actual word “chef” is French, how we dress in the kitchen is designed by the French. How we work in the kitchen, half of the words and utensils we use in the kitchen are French. French cooking is proper gastronomy that’s been refined over decades to become something spectacular that is shared with the world. I would say it is the base of all cooking worldwide.

How do you merge that with your South African heritage?

Cooking and food is universal and we tend to complicate it by categorising it. The only difference is your approach or method of cooking. The French, for example, like tripe, pork trotters, kidneys and livers. They just cook and eat it differently, so it is very easy for me to integrate my culture to French cuisine. Food that is cooked well can be enjoyed by anyone across the globe, irrespective of colour, nationality or race.

What drives your creativity?

I am driven by intrigue, travels, independence and being inventive. I enjoy bringing creativity to reality. I don’t eat much from fine-dining restaurants because I actually get a lot of my inspiration from street food, cultural and generational cooking, and getting to create something new. 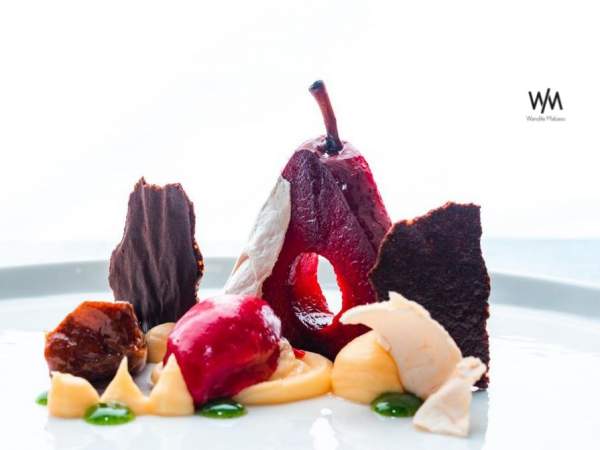 You strive to change or recreate your menu at Les Creatifs very often. What revelations have come from the process?

For a short period, there was a time when the menu was changing every day. Bistronomy, which is a culinary revolution, really opened my eyes. It’s about new generation chefs constantly changing menus and keeping customers excited and intrigued. A new generation of consumers requires constant evolution. Agility is very important. If you don’t evolve, you will disappear from the scene. I also visit different markets every Monday for fresh seasonal and exotic produce, which allows me to play with food in different ways. Creating becomes a habit and then turns into a lifestyle.

What have been some of your most creative dishes?

From 2018, when I got back to South Africa, we have created over 500 dishes. I think the best thing we did last year was when we created a dessert and served it to a blind pianist who then composed a song on the dish’s flavor notes. We then dimmed the lights as he played the musical piece. We have made ice cream from mabele and even a burger from mopani worms. Creativity is limitless.

What is your culinary vision?

I see many people focusing on eating more organic and sustainable foods. I believe there is so much that we can do as chefs, through technique, to create food that uses that natural state to bring out intense flavour profiles and enjoyment. As we progress as humans, we will learn more lessons on disease, forcing us to rediscover all our natural resources, to be conscious about consumption and to farm responsibly, essentially allowing nature to dictate what and how we eat. Health will be the new wealth. Eating healthily and cleanly will eventually become the norm. The modern chef will be challenged to use less sugar, less salt, less fat and less meat. I believe the whole food culture will evolve.

How do you keep yourself motivated?

I’m a chef entrepreneur so I have to balance business and creativity, so there is a lot of pressure on me. I always look back at where I have been. Self-motivation leads to more creativity. The possibilities are endless.