Forgotten and voiceless: Why has the SA restaurant industry been left adrift? 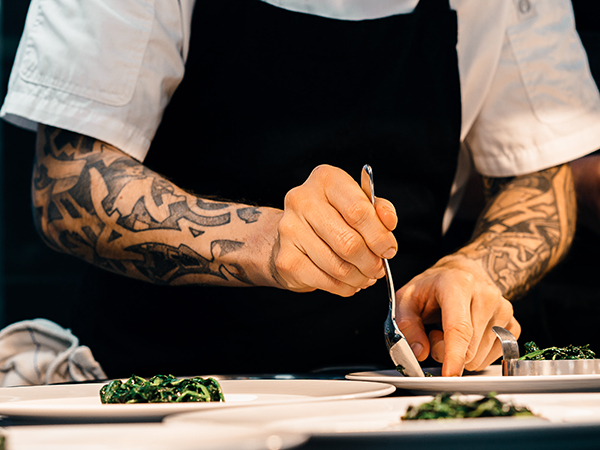 The restaurant industry remains in crisis, as body blows mount from various levels of lockdown, restrictions on the sale of alcohol, uncertainty and damages due to social unrest, as well as a stuttering economy. But more than a year on from the onset of the COVID-19 pandemic, some in the industry have begun to pull together anew so that work can begin to tackle many of the challenges facing it.

Currently, the industry does not have a single voice, nor is it organised to collect and use data from restaurant operators to make better decisions and effectively lobby government. There is no accurate record of how many people the sector employs, how many restaurants there are in the country, or how these figures have changed (especially over the past year).

Some, like the Restaurant Association of South Africa (RASA), have publicly shared data about the sector. It estimated last year that the industry employs around 800,000 people and that nearly a third of restaurants had shut down since the onset of lockdown. This data is taken from their membership database and is not accessible to the general public. However, some critics have privately pointed out that RASA’s objectives and role are not clear.

The Restaurant Collective, focused on the sit-down restaurant industry, hopes to fill some of this gap as it begins to formalise. Already, it counts the three largest restaurant groups in the country – Spur Corporation, Ocean Basket and Famous Brands – as members. Include founder member Natasha Sideris’s Tashas, and the number of outlets across just these four groups is close to 1,500.

Grace Harding of The Restaurant Collective says: “The real value is when we get all those independents on board. If you’re a franchisee, you’ve got the franchisor to help.” She says it wants to be in a position to help those who need it most.

The collective is busy formalising, despite having done “some amazing work” over the past year. It will register as a non-profit organisation and has appointed its first staff member. Announcements will be made in the coming weeks.

“This is not going to be a traditional association,” says Harding. “All of us work in the sector and we don’t want to belong to anyone. We will collaborate with Fedhasa or CGCSA or the bargaining council or the ministry or RASA.” Some in the sector still question why it falls under the tourism ministry, never mind that the Minister of Tourism is currently acting Minister of Health, which brings its own challenges.

“The sit-down restaurant industry is so different, our challenges are so different. Tourism is a big category, although we do add value to tourism,” Harding says.

Asked about where the collective will be a year from now, Harding adds that being a “uniform voice for the sit-down restaurant industry in SA” is the primary aim.

Next is skilling. “We will have implemented nationwide standards, with a platform to upskill grillers, waiters, scullers. We want to focus on building the capabilities of the entrepreneurs and the skills of the employees. Solutions on how to work more effectively with landlords in the bigger mall properties, and addressing issues like food costs, wastage, labour, scheduling…

“What’s to stop us from developing a scheduling system and just sharing it with everyone?” she asks. This is not a competitive advantage. “We want to see true collaboration, co-opetition. There is so much opportunity! We start to build a different way of connecting suppliers to restaurateurs.

“We will also hopefully have found some benefit for a restaurant employee,” she adds, possibly starting with affordable life insurance.

And, crucially, it will have made a start on collecting data on the industry. “There are thousands and thousands of lost people out there and we know very little about them.”

She admits this task is a mammoth one.

But it all circles back to training. “Some people are running big restaurants, but they’ve never been trained how to deal with poor performance,” says Harding.

“The industry has changed so quickly and a lot of people are still running their restaurants the way they used to. The biggest thing people need in this industry is education and skills.”