How the SA food industry is banding together for zero wastage

Think you’ve got what it takes to be the winner of the 2018 Eat Out Woolworths Sustainability Award? Enter now.

In South Africa about 31 million tonnes of food is created every year. About a third of this goes to waste – that’s over 10 million tonnes! The problem isn’t endemic. That a third of all food production going to waste is a global phenomenon and the problem doesn’t stop at food – wasting food means wasting energy, water and packaging, as well as harming the environment via the landfills all the waste ends up in. As for human suffering? WWF estimates that approximately 26% of South African households are going hungry, as well as a total of 800 million people worldwide.

The good news? Several local producers are doing their best to help in any way they can, leading to innovative initiatives that are educating and guiding South Africans to the beginning of a solution.

Cooking for the future 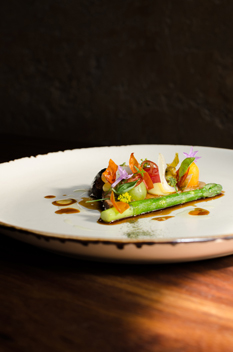 There’s no denying how much we love nose-to-tail cooking. It’s the most delicious way to cut food waste. Cape Town chef Giles Edwards of La Tête has made strides in championing less popular cuts of meat. By serving accessible renditions of trotters, brains and liver, the chef has converted fillet fans to offal lovers one diner at a time.

At Fermier in Pretoria, chef Adriaan Maree processes whole carcasses rather than prime cuts, and has made use of sections such as neck and flank, which are often discarded in restaurants. Wherever possible, every part of an ingredient is used in as many other dishes as possible. For example, says Adriaan, “Currently duck breast is on our menu but the liver is used in parfait, the necks and stomach for sauce, the confit legs as canapés, and the rendered fat is used for confit cabbage and to cook with.” That’s not all: “Meat and fish trim goes into our sauces. The bouillabaisse is a prime example of this, where we use not only the fish trim but also vegetable trim as well as fennel, over-ripe tomatoes and more.”

It’s no secret that compost heaps are a great way of reducing waste, with the added benefit of ensuring great produce in the future. Struggling with how to make your compost heap as receptive as possible? Composting systems like Bokashi can work with all food waste – including meat scraps. Coffee grounds and vegetable peelings can also be used in your compost, and eggshells are great for feeding worms, which in turn improves the quality of farm soil. 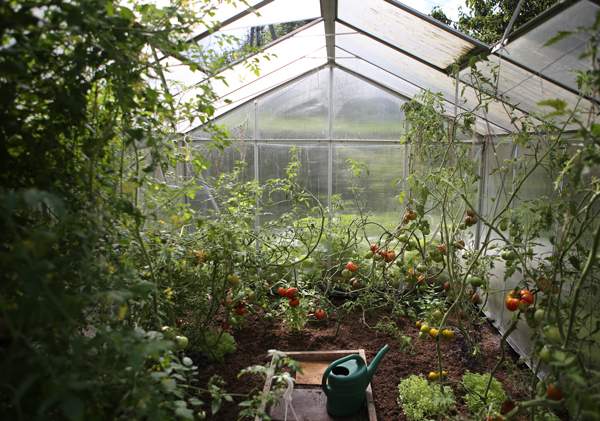 A thriving greenhouse is everyone’s dream. Photo by www.zanda. photography on Unsplash.

Fermier was built parallel to two greenhouses, in which the team grows most of the vegetables on the menu. Adriaan also now has a compost heap, onto which goes all the vegetable trimmings that can’t be re-purposed. As does Carlos Nobrega, from Chapmans Peak Hotel in Hout Bay.

Packaging is no stranger to wasteful behaviour, but luckily this is where consumers can help. Carlos wants to eliminate straws entirely and use eco-friendly takeaway containers, but difficult guests make the process tricky. “We are trying to discourage takeaway containers but customers can be the stumbling block with such measures,” says Carlos. It serves as a nice reminder that something as simple as refusing a straw or finishing your meal can make a noticeable difference in helping the environment. Making sure that your friends and family are clued up on the major environmental effect of these items is also simple yet helpful. 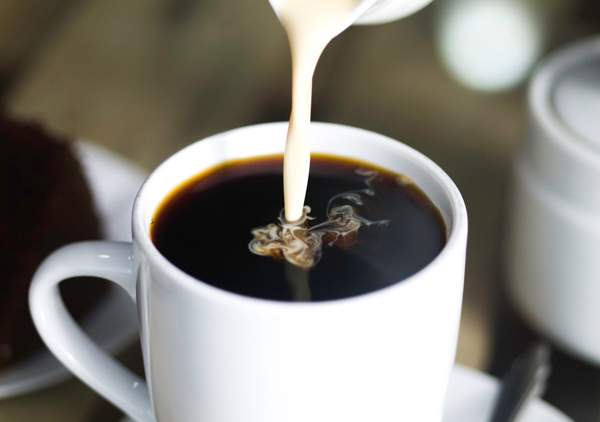 Have a sit-down coffee or, even better, bring your own mug. Photo by Sarah Shaffer on Unsplash.

Zonnebloem grocery store Nude Foods is doing its own bit by using zero packaging to sell its produce. Customers take along their own Tupperware, jars, tote bags, boxes or bottles and take their groceries home in those, cutting out ‘middle man’ packaging.

Water we doing about it

This year Western Cape residents have got a front-seat experience of what it’s like to face an imminent drought, and the rest of South Africa might not be far behind. This means we need to watch our water resources, and restaurants have been doing their bit with everything from using ice bucket water for mopping floors to not changing glasses between wines. This year Luke Dale-Roberts of The Test Kitchen ran a pop-up named The Drought Kitchen, which was designed to make use of less water. Instead of being placed on plates, food was served on framed disposable cards and no sauces were used. 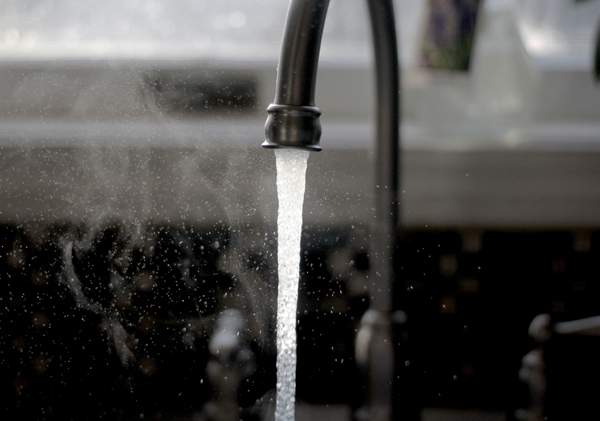 Protecting our most resource is paramount. Photo by Imani on Unsplash.

Adriaan says Fermier’s grey water (water that comes after washing, typically from sinks, washing machines and kitchen appliances) runs into the vegetable garden, where the veggies are flourishing. Smiles Adriaan: “The kohlrabi seems to enjoy it.” At Chapmans Peak Hotel there’s a specifically designed rainwater harvesting system that collects rainwater from the hotel’s several roofs and funnels it to storage tanks. Together with the hotel’s grey water, the water is used to flush toilets and clean floors.

It’s an exciting time for South Africa. With consumers working with the industry, we’re bound to only see more of these innovative methods of waste control.

Woolworths is the first retailer in South Africa to announce its vision of zero packaging waste to landfill. This means that they aim to have none of their packaging end up in landfills, which requires 100% recyclable material and a supportive recycling infrastructure. Key to realising this vision is the phasing out of unnecessary single-use plastics. As part of this, they have announced their commitment for all packaging to be either reusable or recyclable by 2022. They have also committed to phasing out single-use plastic shopping bags completely by 2020. This means that the business is working towards removing all packaging that is currently not recyclable, focusing on removing unnecessary single-use plastics from stores and ensuring ongoing customer education on the role of packaging in the elimination of food waste.

Woolworths also donates surplus food to a wide spectrum of charities every day. In 2017 they donated food to the value of R556 million to approximately 1500 organisations.

They also work to reduce food waste by using ‘Sell By’, ‘Best Before’ and ‘Use By’ dates on all food products. This helps to guide consumers on how to buy and save food. Sustainability and the Good Business Journey are at the heart of everything Woolworths does.