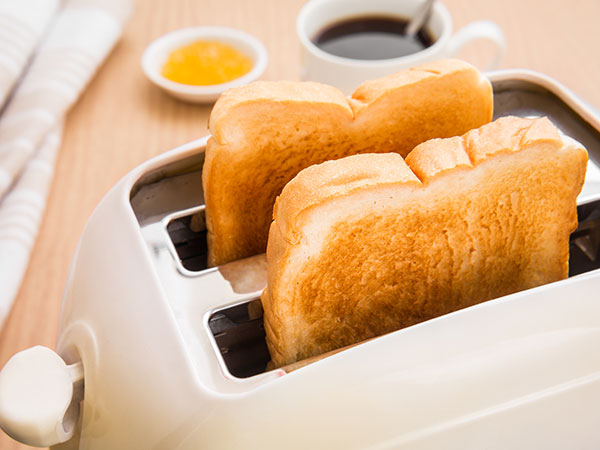 If you’re a fan of artisanal bread – or rye or gluten-free or banting bread, or basically any bread that isn’t a suspiciously perfect rectangle  – you will have experienced it: that moment when the toast gets stuck in the toaster.

We all go through the same thought process at this point. “It’s right there. I can see it. If I can maybe just hook it with the prong of my fork…” If you like to live dangerously, you’ll probably give it a shot once or twice. Then one of three things will happen. You will either hook a corner of the toast and fling it upwards for a triumphant catch, you will electrocute yourself, or third, and worst of all, you will succeed only in nudging the bread off its perch so that it shimmies down in the toaster, to one side of the element. The actual worst. 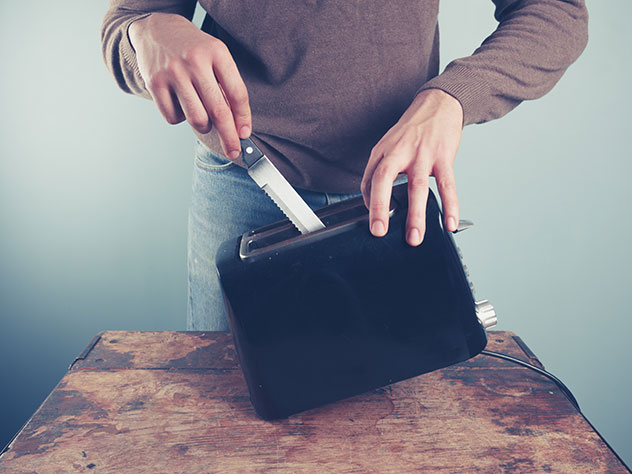 As luck would have it, Theodore’s sister was filming him as he fished for his toast. So, while his injuries were severe, the resulting Youtube commission paid for his hospital bills. (Not really.) Photo: iStock.

If this last option occurs (which it will roughly 70% of the time, in my experience) you will curse, you will unplug the toaster, and hack at the piece of toast until it crumbles into many small crumbs, which will fuse themselves onto the element in the coming months, and impart a wonderfully burnt aroma to everything you place inside.

You may attempt to up-end the toaster, bringing down a rain of crumbs dating back some three to five years. You will then question the hygiene of a device so resistant to cleaning. You will eventually extract the hacked remains of your toast, and use an inordinately large amount of Nutella to glue it back together.

(I can’t resort to this because I can’t keep Nutella in the house. I become the NUTELLA MONSTER and MUST HAVE ALL THE NUTELLA and it is not pretty.)

I have long lamented this failing of the toaster. I had thought it was the appliance’s own design flaw. But thanks to the internet, I have recently discovered the toast tong, a non-conductive tool which can convey toast safely from element to plate without the need for life endangerment or unplugging or anything else untoward. It has totally made my day, and I thought it might make yours too.

Also, my birthday is coming up. (I favour the wooden pair, labelled for any toast-tong ignoramuses who might visit my home. But I think these will work too, if push comes to shove.)