And South Africa’s chef of the year is… 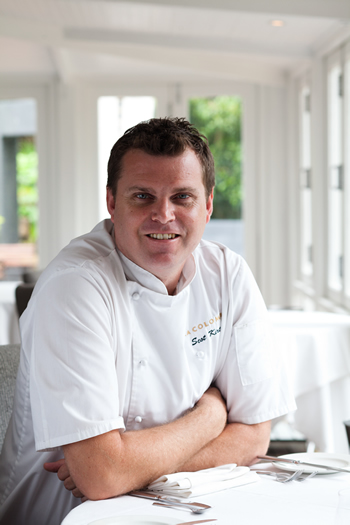 The new S.Pellegrino Chef of the Year has just been announced at the Eat Out Mercedes-Benz Restaurant Awards at SunExhibits Centre at GrandWest. Scot Kirton, executive chef of La Colombe in Constantia, Cape Town, has earned the title for the first time. (See the rest of the awards winners here.)

“I am in absolute shock – and this goes to my amazing team,” said Scot. “I wanted to walk out the door, I was so scared, before they announced Chef of the Year. We needed to win this. It means more than anything to me and my La Colombe family.”

Scot previously worked at Haute Cabrière in Franschhoek and Savoy Grill in London (one of Gordon Ramsay’s restaurants) before joining Luke Dale Roberts’s team as sous chef at La Colombe in its former home on the Constantia Uitsig Estate, where he became head chef in 2010.

La Colombe’s recent move to the Silvermist Organic Wine Estate on Constantia Nek has injected new life into the restaurant’s food and service, says Scot. “It has done wonders for everyone. I think that as a chef, this is the happiest I’ve ever been.”

It shows: La Colombe has leapt from being an Eat Out Top 10 nominee in 2013 to placing second at this year’s awards, just one spot behind The Test Kitchen, restaurant of his erstwhile mentor.

Chief judge Abigail Donnelly was blown away by her experience at La Colombe: “Scot offers a unique dining experience that is simply outstanding. It’s also very special to see Scot’s sincere personality shine on the menu, on the plate, just everywhere.”

There’s a playfulness to the menu, especially in terms of presentation. Take their signature dish, the tuna tataki served in a can, which also made an appearance on the menu at the Sunday lunch awards ceremony. It’s clear that a lot of thought, hard work, and more than a touch of fun goes into designing the menu.

Scot explains, “We start by looking at what the season holds, and then we try to think outside the box. Every dish has to be unique and original; this sometimes means that it takes weeks to master.” 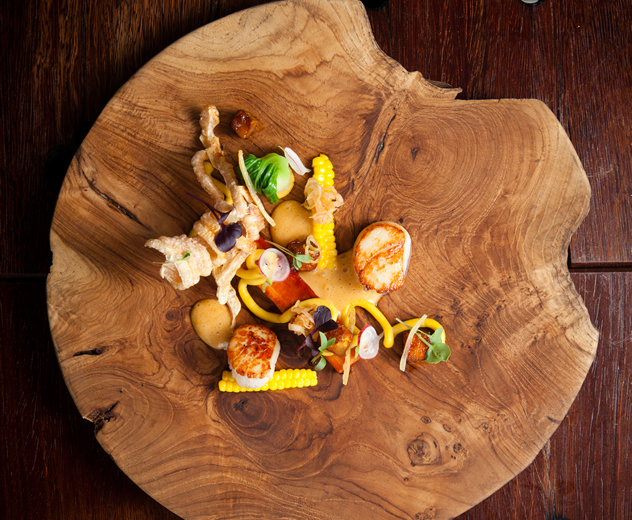 Luckily, he has no shortage of inspiration. “Ideas come from everywhere: seasonal produce, new crockery, overseas travels and experiencing the cuisines of other countries,” he enthuses. “Something as simple as a walk in the forest inspired us to create a dish of pine-smoked trout at the restaurant recently.”

Scot is humble about his accomplishments, and firm about the massive role his team plays in the success of La Colombe. “James Gaag, my head chef, is such a big part of what we do at La Colombe – I cannot think of a better chef to have next to me behind the stove. And then there’s my pastry chef Glen Williams, who is one of the best chefs I have ever worked with.”

Scot Kirton was named Chef of the Year at the 2015 Eat Out Mercedes-Benz Restaurant Awards on Sunday 15 November. See the full list of winners here.